Accessibility links
For Poets, A Labor Of Love (Not Money) It is perhaps stating the obvious to say that there is almost no money to be made in poetry. Some poets work as teachers, others in the corporate world. And even a Pulitzer Prize-winning former U.S. poet laureate needs a day job.

This is the second in a multipart series that explores how artists earn a living. The first story in this series focused on visual artists who forgo the traditional gallery system. 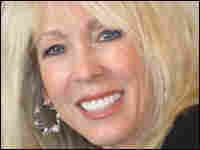 Elizabeth Haukaas is a published poet — and a corporate executive in New York. hide caption

Listen to the Poets Read

It is perhaps stating the obvious to say that there is almost no money to be made in poetry. Instead, most poets make a living doing something else. Take, for example, Elizabeth Haukaas.

Haukaas' poem "The Blues" is about her daughter, who has both multiple sclerosis and epilepsy. The poem was published in The New England Review a little more than a year ago, earning Haukaas $20 and catching the eye of an editor at Texas Tech University Press, who read it and invited Haukaas to submit a manuscript to compete for the Walt McDonald poetry book award. She did, and won.

Haukaas' prize was the publication of her book, Leap, which came out earlier this year. She'll never forget the day she got the call from the editor at Texas Tech:

"She said, 'We have a couple of questions. We might want you to change some things if we publish it. Would that be OK with you?' And I said, 'You can publish it upside down! I don't care.' It was absolutely thrilling."

But while she was ecstatic to have her work in print, Haukaas received no advance for Leap — and that is where her day job at a big financial services company comes in.

Haukaas is a single mother of three so, early in her career, she wanted to make as much money as possible. And, she adds, "There's no money in poetry."

So Haukaas works as the director of corporate communications for Centerline Capital Group in New York. She says she makes considerably more than she would teaching, but a lot less than most corporate executives. Still, she says her poetic impulses inform her day job.

"I bring my craft of poetry to what I do in my day job. I write speeches and shareholder letters and presentations to investors and so on," she says. "I try to keep it interesting and intriguing. I mean, you have to capture the reader no matter what you're writing."

Haukaas has no illusions about living off her craft, but what about critically acclaimed poets who have been in the national spotlight?

Mark Strand, a Pulitzer Prize-winning former U.S. poet laureate, says he wishes he could make a living as a poet. "But I make my living as a professor at Columbia University. The way I make extra money as a poet is to give readings and to write the occasional article — very occasional, I might add. And there's the occasional prize — even more occasional."

And that's more typically how poets earn their keep.

As for Haukaas, she says she reconciles her career in corporate finance with her poetry by compartmentalizing each world. But no matter how much she separates the two, she can't help wishing they had equal value.

"[Artists] bring beauty into the world and help us understand the human condition, and isn't that worth as much as a mortgage-backed securities broker?" she says.

Haukaas says some of her corporate colleagues buy her books and go to her readings. And one executive gave her an idea for the title of her next collection of poems: Yield.


It was for the novilladas, the beginners,
The matador, the flourishes,
And the backs turned on death
That I begged my father to take me to the bullfight
The summer we spent in Ciudad de Mexico
As far from the influences of drugs and sex
As he could remove me when I was seventeen
The last summer before I got pregnant.
He went with me everywhere: to the plaza
Bargaining for the silver trinkets for my sister and mother
To the bodega for the cigarettes
He let me smoke in front of him
To the pool where he sat upright, reading,
In hard shoes in the shade as I sunned myself, bored.
For the corrida we had sombra seats, the best,
Sparsely filled. As the sun's orange deepened
Town boys from the gradas came down,
Sat around us, sometimes reaching out
To touch my gringo hair. In the ring, I expected
The pirouettes with the muleta, color against dust.
Not the other red, cascading down the beast's black flanks --
To see the splattered velvets, matador, and hide,
To smell the pinkish foam, the bull's droplets mixed with sweat
When he shook his enormous neck,
The banderillas sinking deep, lodging in muscle,
fluttering vibrantly — I didn't expect.
One of the boys put an arm around me: No mires, no mires
He whispered into the air. My father stood
Scattering the boys like pigeons.
He smoothed the creases in his pants, appeared to stretch his legs,
Sat again, closer in the swelter,
Draped his arm across my shoulders.
The bull, front legs collapsed, shimmered,
Silenced, as my father and I were,
By the merciful, now, puntilla.
My father refused to let me accept an amputated ear,
Still warm, held up first to me, then to him,
The gesture for bravery, for not looking away. 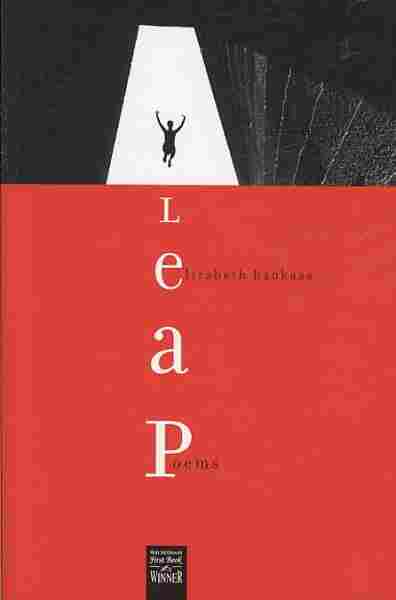 by Elizabeth Haukaas and Robert A. Fink