Accessibility links
Loathing The Bowl Championship Series Frank Deford wants the NCAA to come clean on the big business of college football and stop treating it like an amateurish game. Deford also wants Congress to think of the athlete and not the schools when considering the BCS. 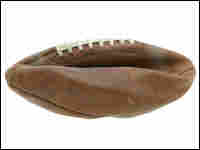 You're more likely to find someone in favor of swine flu than the NCAA's Bowl Championship Series. iStockphoto.com hide caption 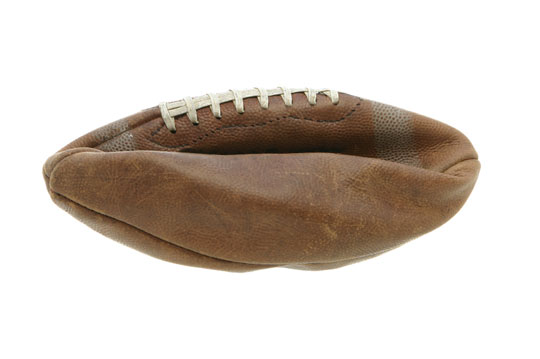 You're more likely to find someone in favor of swine flu than the NCAA's Bowl Championship Series.

As sure as both the politicians and the citizens of this republic are unable to agree on much of anything anymore, there is one issue where all decent, God-fearing, right-thinking Americans from the president himself on down are of one mind.

We all, everyone, are opposed to the college football Bowl Championship Series.

Am I right? Honestly, you are more liable to find someone in favor of swine flu than the Bowl Championship Series.

Committees in both the House and the Senate have recently assembled to excoriate the despised BCS — the Senate Antitrust Committee expressing its misgivings only Tuesday.

Orrin Hatch, a Republican on that committee, has answered nitpickers who whine that Congress should have better things to occupy themselves, by writing that we all know college football is big business, and so just because it's a sport that might be in violation of the Sherman Antitrust Law, the Senate can't turn a blind eye.

But tell me this, Sen. Hatch: Why is it that so many congressmen are so quick to come to the aid of lobbyists for large institutions — universities — but no elected officials ever stand up for the poor laborers in college sport, for university athletes?

It's because as sure as the BCS is unfair to certain colleges, the NCAA is an evil overseer of its athletic minions. The NCAA invariably sides with athletic departments and coaches, denying student-athletes basic rights and honest remuneration, even as huge sums of money are now made — precisely the BCS riches that Congress wants colleges to enjoy at the expense of the young performers.

Furthermore, now it turns out that the NCAA has sanctioned the use of images of its football and basketball players in video games. The NFL union did likewise, and retired players sued and won more than $26 million. Why shouldn't college athletes deserve the same? Why, too, shouldn't the college stars share in the booming concession sales of things such as the replicas of their uniform jerseys?

The answer — well, at least till now — is that in the midst of this billion-dollar business, the NCAA clings to the outdated Victorian concept of amateurism in order to keep powerless athletes-- many of them indigent minority — under its thumb.

And because amateurism is a sham, the NCAA wittingly underwrites hypocrisy, because it knows that athletic department boosters fill the vacuum with illegal under-the-table payoffs.

Would that some of those congressmen, so keen to help big, endowed education and its rich, ticket-buying alumni, cared as much for the unrepresented, poor athlete.