Accessibility links
Rare Guilty Pleas In Artifacts Sting Two collectors from Utah pleaded guilty this week in the government's crackdown on the looting and trafficking of ancient Native American artifacts. That's a rare success for prosecutors in the decades-long effort to curb an artifacts black market in the Four Corners states. 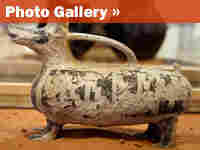 The Lure Of Ancient Artifacts

A two-year federal sting aimed at a black market in ancient American Indian artifacts has yielded its first guilty pleas. The plea agreements distinguish this artifacts prosecution from earlier efforts.

"We have grown jaded and cynical about prosecutions over the years because it seemed so few ever stuck," says author David Roberts, who writes about the region's artifacts and ruins in his book In Search of the Old Ones. Roberts calls the two guilty pleas "extremely significant and surprising."

The pleas come from a family long involved in artifacts collecting and targeted for prosecution in the past.

Jeanne Redd, 59, of Blanding, Utah, told a federal judge in Salt Lake City that she's guilty of seven felony counts of theft and trafficking. Redd admitted that she dug up four centuries-old sandals on U.S. Forest Service land and then sold them to an artifacts dealer working undercover with federal agents.

Redd also showed the dealer turquoise and effigy bird pendants, a gourd containing a necklace, a "hafted" ax and a mug that she knew came from federal land or Indian reservations.

Redd's daughter Jerrica, 37, appeared just before her mother to enter her own guilty pleas. She was charged after prosecutors reviewed evidence seized in a raid on June 10. Jerrica Redd admitted digging up a vase, seed jar and "pottery vessel" on the Navajo Reservation.

In exchange for the guilty pleas, prosecutors agreed to seek "the lower end" of prison time for the Redds. Jeanne faces decades behind bars if given the maximum sentences. Jerrica faces up to nine years in prison.

The actual sentences will be determined by a federal judge in September after completion of presentencing reports.

"This is an important milestone in the case," says Carlie Christensen, an assistant U.S. attorney in Utah. "We hope this will discourage people from going out on those lands and stealing, removing or destroying these really unique and rare artifacts."

Mark Michel of the Archaeological Conservancy is "very pleased" with this early success in the case.

"The quick guilty pleas in less than a month indicate that the government has a very, very strong case against these people and presumably against the other people who have been arrested," Michel adds.

The sting initially snared 24 people. Two have since committed suicide, including prominent Blanding doctor James Redd, who was Jeanne's husband and Jerrica's father.

James and Jeanne Redd were charged in another artifacts case earlier in the decade, but James was eventually acquitted and Jeanne pleaded no contest to a reduced charge.

Michel credits the use of the undercover dealer for what appears to be a more successful prosecution now.

He says that in the past, investigators "concentrated on trying to catch people in the act of digging, which is almost impossible to do in the vast reaches of the West."

San Juan County, Utah, has what are believed to be the country's greatest concentrations of ancient American Indian ruins and artifacts. The county is bigger than Connecticut and includes skyscraping mountains, desert mesas and steep and narrow canyons that are remote, largely unpopulated and difficult to patrol.

"By using an undercover agent, they've been able to penetrate this ring of professional looters," Michel adds.

The plea agreements signed by Jeanne and Jerrica Redd, and search warrant affidavits describing the alleged digging, collecting and trafficking of others, shows that the artifacts trade in the region is not benign. Some locals have described it as a family-friendly subculture passed down from generation to generation for a century.

"This is not some sort of harmless Sunday picnic arrowhead hunting that's going on," writer David Roberts says. "It's a full-scale black market business. It's really organized crime. This goes far beyond being a hobby."

The digging the Redds described on Indian land is especially offensive on the Navajo Reservation, where disturbing the graves and artifacts of "the ancient ones" is taboo. "There's outrage there," says Kenneth Maryboy, a Navajo and San Juan County commissioner who considered the Redds good friends.

Maryboy was a patient of James Redd, and he attended Redd's funeral.

"To find out that this has been going on for quite some time, that's kind of disturbing," Maryboy says, sounding exasperated by the news. "They are good people. And it's kind of hard to imagine that they would do such things."

Attorney Mark Moffat represents Jeanne and Jerrica Redd and says he, his co-counsel and his clients will not speak to reporters until after sentencing is pronounced in September.

The plea agreements include surrender of all artifacts in the possession of the Redds, including those that might have been legally obtained from private land.

According to the Salt Lake Tribune, it took about 20 federal agents and archaeologists, and two moving vans, to pack up and haul away the collection. 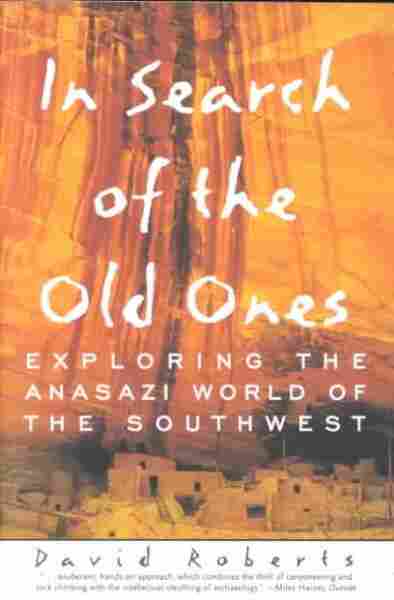 In Search of the Old Ones

Exploring the Anasazi World of the Southwest