Accessibility links
Terrorists, Taliban And Traffickers: New Axis Of Evil? Opium harvested from poppy fields in Afghanistan is helping to fund the insurgency throughout the country. Author Gretchen Peters says the growing alliance between drug traffickers, terrorist groups and the Taliban has made the Taliban richer and more ruthless. 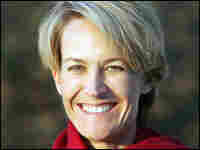 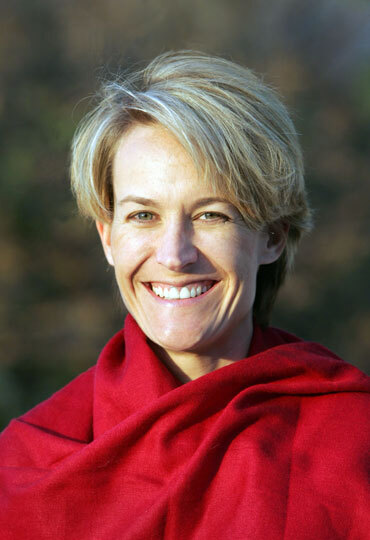 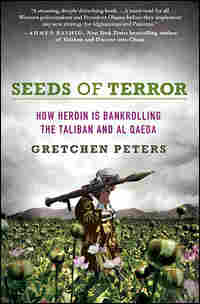 In 2006, Afghanistan produced the largest illegal narcotics crop a modern nation ever cultivated in a single harvest. Two-thirds of it was grown in areas where the Taliban held sway, if not outright control. It's no coincidence that it was also the bloodiest fighting season since Mullah Omar's regime was toppled five years earlier, with about four thousand deaths. These two circumstances are codependent: the insurgency is exploding precisely because the opium trade is booming. In 2007, Afghanistan's poppy crop expanded a further 17 percent, with 70 percent grown and processed in the Taliban- dominated south. In 2008, drought reduced Afghanistan's poppy output by 19 percent. But more than 98 percent of it was cultivated in insurgent- held areas, where more than three thousand tons of opium were stockpiled, according to the United Nations Office on Drugs and Crime (UNODC). Senior U.S. commanders now predict Afghanistan will turn out to be America's "bad" war and Iraq the "good" one. An American soldier was more than twice as likely to die in Afghanistan as in Iraq by the end of 2007, reversing earlier trends, while Jane's Information Group rated Afghanistan the third most unstable territory after Somalia and the Gaza Strip.

In video statements, the insurgents no longer speak of their ambition to take Kabul; their battlefield tactics have shifted to protecting poppy fields and drug convoys. Campaigns for territorial gain, such as a 2007 Taliban push into Deh Rawood district in Uruzgan, now support smuggling activities. Deh Rawood is perched along the most important drugs- and arms- trafficking route in Uruzgan, connecting to Iran in the west and Pakistan in the south. Poor security in general is vital to the opium trade, preventing aid programs and other development that might offer poor villagers alternatives to the narcotics trade. "Drug smugglers do not want to see this country become stable," said Ashraf Ghani, the former finance minister.

Helmand Province, where I traveled with the poppy eradication force, is about the size of West Virginia. If it were a separate country, it would be the world's leading opium producer, with the rest of Afghanistan in second place. It's also where links between the Taliban and the opium trade are strongest. "Most of the insurgency there is drug- related," says Ali Jalali, Afghanistan's former interior minister. "It's 100 percent intertwined." The province's total population is less than 1 million— with tens of thousands of families displaced by the fighting. Taliban gunmen patrol the streets of towns they control, hanging alleged spies for the NATO coalition in public squares.

In 2007, UNODC valued Helmand's total poppy output at $528 million, a figure that prompted the conclusion among U.S. and UN officials that Helmand is a wealthy place. Poppy fetches as much as twelve times more than other staple crops, like wheat and melons. "Helmand's farmers are not poor," a senior UNODC official told me in 2006. "Actually there are a lot of rich ones among them." It is true traffickers and a handful of large landowners earn tens of millions off Helmand's poppy crop, and we need to go after those individuals. However, the vast majority of farmers and sharecroppers are barely eking out a living. House hold data collected by the Afghan government, and analyzed by two leading scholars on the Afghan drug trade, calculate a per capita daily income of $1, hardly reflecting Helmand as a land of plenty. "We grow poppy, but the drug smugglers take it from us," said Haji Ramtullah, a farmer in Maarja district. "We sell it cheaply. Then they take it over the border into Pakistan. They make twice as much as we do."

Another argument one hears from U.S. officials is that the poppy farmers have alternatives but do not take them. Helmand receives more U.S. aid than any other Afghan province, they often add. That's true; however, much of the money has been spent on large infrastructural projects that won't show concrete change for ordinary Afghans for years. Meanwhile, cash- for- work and alternative livelihood programs funded by USAID have been costly failures. One $18 million, U.S.-- funded program shut down in 2005 after gunmen killed eleven of the local staff and guards.

Everywhere you look, there are horrific reports filtering out about daily life in this violent and lawless province. Farmers there often say they must grow opium to survive, and they are not exaggerating. The Taliban threaten dire consequences for anyone who fails to meet opium quotas set by the traffickers. With too few foreign troops to launch a proper counterinsurgency campaign, NATO commanders are forced to rely on aerial bombardments, killing hundreds of civilians and hardening the Afghan villagers against the West. The provincial government and police are notoriously corrupt — with most profiting from the opium trade as well. "We are caught here between the Taliban and government," said Dastoor Khan, a Helmand farmer, expressing a commonly heard sentiment.

Yet instead of intensifying efforts to go after the traffickers and money launderers behind the insurgency, the U.S. government has pushed for broadscale aerial spraying of poppy fields. Wide-scale spraying would play into the hands of traffickers and terrorists. If implemented, this policy would drive up opium prices, thus increasing profits for drug dealers and the Taliban, and make life even harder for already debt- ridden Afghan farmers — exactly the results the U.S. government and NATO don't want.

It's easy to see how we got into this mess. Finding a way out presents a greater challenge. One can blame the current predicament on a combination of geography, poverty, and the "light footprint" approach. Landlocked Afghanistan is one of the poorest and most backward countries in the world, with social indicators on par with places like Burundi and Ethiopia. Almost one in four Afghan children die before they reach age five and average life expectancy is just forty- three years. Per capita GDP was estimated by the World Bank in 2003 to be a mere $310.

The nation's infrastructure is pitiable, with one phone line for every five hundred people, few paved roads, not a single functioning sewage system, and a capital city that grinds along on just a few hours of city power per day. The economy is in shambles, inflation is skyrocketing, and along the rugged Pakistan frontier, many tribes have survived for centuries by smuggling goods through the forbidding mountain passes. Financial hardships weigh on ordinary Afghans as much as security concerns. 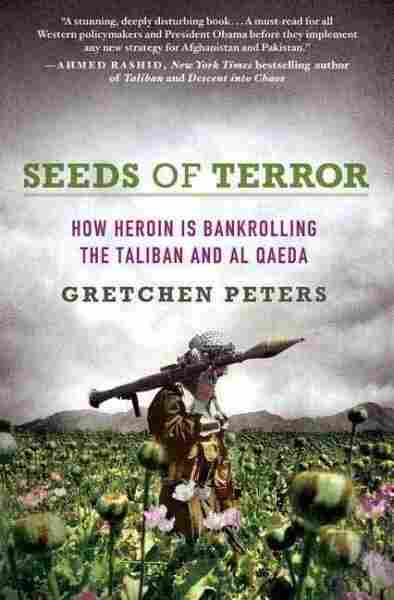 How Heroin is Bankrolling the Taliban and al Qaeda