Accessibility links
Female Directors, Still A Scarce Movie Commodity Of the films you saw last year, it's likely that fewer than 10 percent were directed by women — which makes it remarkable that seven movies now in theaters have women's names above the credits. 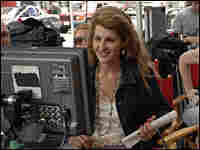 Director Nia Vardalos' new film I Hate Valentine's Day was made on a tiny budget — so tiny, Vardalos jokes, that "we couldn't afford a real director." IFC Films hide caption 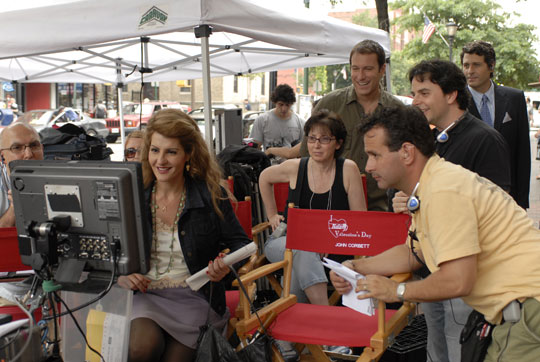 Director Nia Vardalos' new film I Hate Valentine's Day was made on a tiny budget — so tiny, Vardalos jokes, that "we couldn't afford a real director." 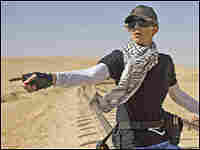 Kathryn Bigelow on the set of The Hurt Locker. Bigelow has directed a number of cult-classic action movies like Point Break and Strange Days, but all were financed independently before being distributed by major studios. Summit Entertainment hide caption 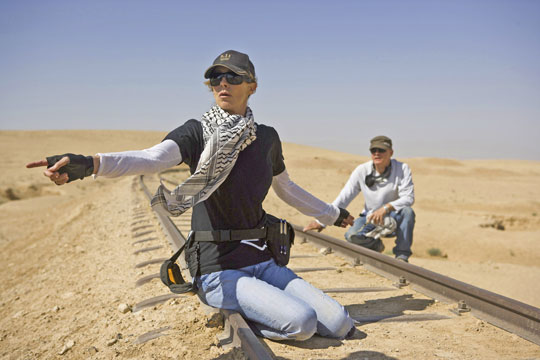 Kathryn Bigelow on the set of The Hurt Locker. Bigelow has directed a number of cult-classic action movies like Point Break and Strange Days, but all were financed independently before being distributed by major studios.

A Clip From 'The Hurt Locker' 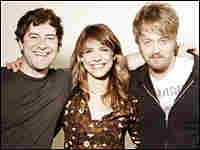 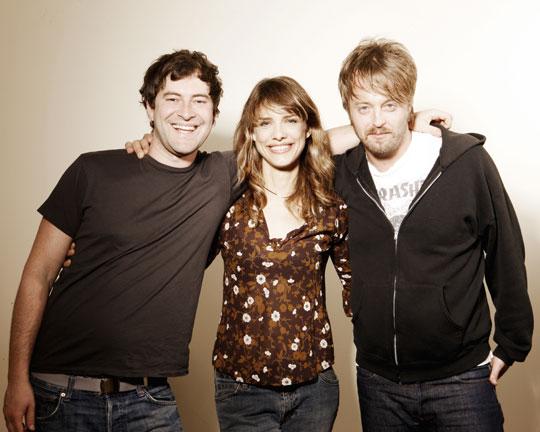 A Clip From 'Humpday'

Of all the films you saw last year, it's statistically likely that fewer than 10 percent were directed by women. According to the president of the not-for profit group Women in Film, 9 percent of the 250 top-grossing domestic films were directed by women in 2008. And that was a good year, with women helming such cinematic juggernauts as Twilight and Mamma Mia!

It's worth mentioning that no woman has ever won an Oscar for directing. A grand total of three have been nominated during the award's eight decades of history.

All that said, an unusually high number of films made by women are in distribution in theaters around the country right now — which is to say, there are seven.

They include the summer's biggest romantic comedy, The Proposal, and a critically acclaimed super-macho movie about U.S. soldiers in Iraq, called The Hurt Locker.

The latter film has one thing in common with another movie that opened July 10 — a modest independent endeavor by newcomer Lynn Shelton.

"They both are looking at the male psyche, but from completely different angles," Shelton says.

Contrary to most expectations, Humpday is hardly a broad "bromance." It captivated reviewers, who've described it as delicate, subversive, even sweet.

Shelton made Humpday with friends on a minuscule budget, and she was as shocked as anyone when a bidding war broke out for her little movie at the Sundance Film Festival.

"If it hadn't worked, nobody needed to be the wiser," she says. "It [would have died] a quiet little death off in the hinterlands of Seattle."

And precisely because the stakes were so very low, Shelton said, her cast could improvise, get loose and have fun. She financed Humpday with grants, sponsorships, even tax-deductible contributions — all tricks learned during her previous career as a visual artist.

Before Shelton was an artist, she was an actress. But she found acting did not satisfy all her creative needs.

"I also found the powerlessness of it a little bit bad for my mental health," she reflects. "Just ... waiting around to be chosen."

Wielding Power From Outside The System

When women direct, they're in control. And major Hollywood studios cannot exactly bask in their legacies of female empowerment: Historically, female directors tend to work outside the traditional studio system.

Director Kathryn Bigelow is part of that tradition. Like Shelton, she came to movies from the art world. Bigelow is known for making taut, stylish action movies like Blue Steel, Point Break and Strange Days. Those might seem like big studio flicks, but all were financed independently, then distributed by major studios.

Bigelow's new war film, The Hurt Locker, is one of the best-reviewed movies out in theaters right now. It's gorgeous, pretty much perfectly acted and almost unbearably suspenseful.

Bigelow says that, despite what some might assume, being a woman filming a nearly all-male movie in the Middle Eastern country of Jordan was simply not a big deal. She says you don't think about being a lady while you work.

"You've got a four-story-high explosion taking place along an avenue, on which on any given day there are 250,000 cars, so ... " she pauses, "that begins to take precedence."

Bigelow says she has no idea why even now so few women are trusted to direct major films.

"You'd have to sit somebody down here and ask them," she says, with the slightest edge to her voice.

By "somebody," Bigelow means a studio head, a Hollywood mogul. Ask Lynn Shelton the same question — Why aren't there more go-to female directors? — and she likewise points to the studio bosses. So does Nia Vardalos.

Vardalos directed and stars in a new romantic comedy called I Hate Valentine's Day. But you probably remember her for creating and starring in one of the biggest ever independent-film successes. My Big Fat Greek Wedding (which was directed by a man) was filmed for only around $5 million, and earned well over $200 million worldwide.

Vardalos says that for her directorial debut, the budget was less than half of My Big Fat Greek Wedding's.

"We were so low-budget we couldn't afford a real director," she jokes ruefully.

Vardalos says it's no secret that female directors are treated differently by studios — even sometimes by their own crews. She says she had no sense of being an artiste — someone entitled to challenge the budget, the number of shooting days or the rules.

"One day my focus puller turned to me, and he said, 'As a female filmmaker, you have one shot,'" she recalls, "'and if you go over budget, that bond company will be here in a second, breathing down your neck. So you're right to keep everyone on schedule.'"

There are exceptions to every rule, of course, and a small handful of women do thrive in the studio system, more or less.

But these three extremely different filmmakers — Vardalos, Bigelow and Shelton — have to be outside.

At least, so far.