Accessibility links
Lyrical, Fragmented History Of Cruelty And Hope From brief essays combining myth and history, Eduardo Galeano assembles a mosaic of global civilization. Though often depicting cruelty and oppression, the lyrical, accessible Mirrors: Stories of Almost Everyone is tinged with hope. 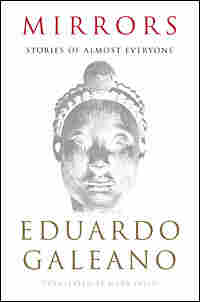 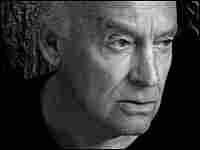 Uruguayan writer Eduardo Galeano has been publishing steadily for 47 years. Isabel Allende has called him "one of the most interesting authors ever to come out of Latin America." Marcelo Isarrualde hide caption 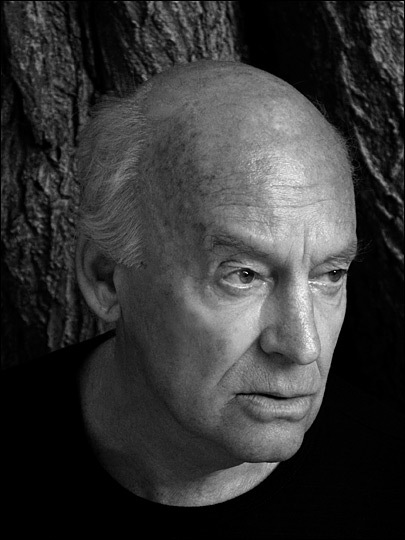 Uruguayan writer Eduardo Galeano has been publishing steadily for 47 years. Isabel Allende has called him "one of the most interesting authors ever to come out of Latin America."

In April, when Venezuelan head of state Hugo Chavez handed President Obama a copy of Eduardo Galeano's Open Veins of Latin America: Five Centuries of the Pillage of a Continent, the book — a history of Latin America first published in 1971 — leapt from No. 54,295 to No. 2 on Amazon's ranking of best-sellers. Whether Obama even read it didn't matter; his holding the book was enough to bring its obscure Uruguayan author into the spotlight.

Mirrors: Stories of Almost Everyone is Galeano's first release since his newfound fame in the U.S., and it's an interesting addition to his complex body of work, which weaves together journalism, myth, fiction and history to place Latin American politics into a larger context of a worldwide tendency toward tyranny and subjugation. Less polemical than some of the other published titles in his 40-plus-year career, it's also more accessible and lyrical — not to mention less depressing. It's comprised of little snippets of creation myths from all over the world, historical corrections, different perspectives on common knowledge — each only a few paragraphs long. The author begins with the ancients and long-dead gods from Greek to Aztec and moves through the world and time until he reaches the present day.

Whether discussing, in Mirrors, the pen names of the Bronte sisters — "intruders into the male world of literature" — or the 1951 takeover of the Cairo parliament by 1,500 women protesting their inability to vote, Galeano is first and foremost a political writer. He personally knows what it is like to be oppressed, having been arrested in 1973 and forced to leave Uruguay after the military coup. His own struggles perhaps explain Mirrors' humane and light tone. (In it, he describes King Henry VIII thusly: "He widowed easily.") One would need a sense of humor to survive more than 30 years in exile, documenting horrors and uncovering uncomfortable truths.

It's often said that history is written by the victors, but Galeano has been documenting the losing side — the oppressed, the forgotten, the used — for decades. Neither weary nor desperate, these tales have a tinge of hope. He concentrates on those who rose up and resisted, and he delights in their victories, no matter how small.

Despite being perfectly arranged so that one story easily flows into another, Mirrors is best read in fragments. Skip around, read one tiny story here, another a few pages later, and allow the tales to swim around your head a while and see if they change the way you see the world.

Excerpt: 'Mirrors: Stories Of Almost Everyone'

West African sculptors have always sung while they worked. And they do not stop singing until their sculptures are finished. That way the music gets inside the carvings and keeps on singing. In 1910, Leo Frobenius found ancient sculptures on the Slave Coast that made his eyes bulge.
Their beauty was such that the German explorer believed they were Greek, brought from Athens, or perhaps from the lost Atlantis. His colleagues agreed: Africa, daughter of scorn, mother of slaves, could not have produced such marvels.
It did, though. Those music-filled effigies had been sculpted a few centuries previous in the belly button of the world, in Ife, the sacred place where the Yoruba gods gave birth to women and men. Africa turned out to be an unending wellspring of art worth celebrating. And worth stealing.
It seems Paul Gaugin, a rather absentminded fellow, put his name on a couple of sculptures from the Congo. The error was contagious. From then on Picasso, Modigliani, Klee, Giacometti, Ernst, Moore, and many other European artists made the same mistake, and did so with alarming frequency.
Pillaged by its colonial masters, Africa would never know how responsible it was for the most astonishing achievements in twentieth century European painting and sculpture.

The twentieth century, which was born proclaiming peace and justice, died bathed in blood. It passed on a world much more unjust than the one it inherited.
The twenty-first century, which also arrived heralding peace and justice, is following in its predecessor's footsteps.
In my childhood, I was convinced that everything that went astray on earth ended up on the moon.
But the astronauts found no sign of dangerous dreams or broken promises or hopes betrayed.
If not on the moon, where might they be?
Perhaps they were never misplaced.
Perhaps they are in hiding here on earth. Waiting.

From the book MIRRORS: STORIES OF ALMOST EVERYONE by Eduardo Galeano translated by Mark Fried. Excerpted by arrangement with Nation Books (www.nationbooks.com), a member of the Perseus Books Group. Copyright © 2009. 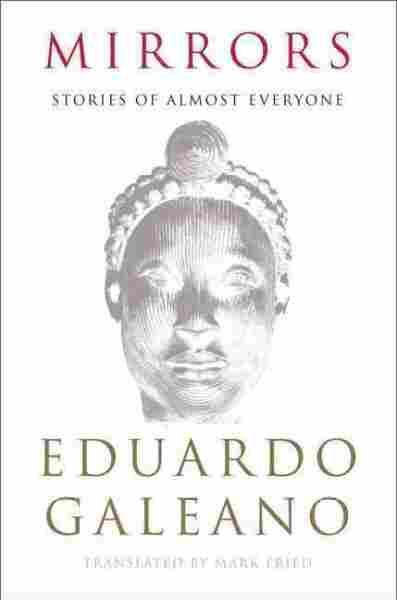 Stories of Almost Everyone