Accessibility links
The High Cost Of Buying 'Cheap' The words discount, half-price and final sale can get you running to the mall or reaching for your credit card. But in her book called Cheap, author Ellen Ruppel Shell explains why bargain-hunting may come at a high price. 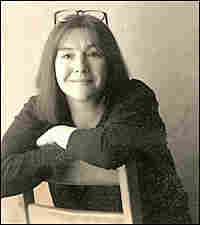 The words discount, half-price and final sale can get you running to the mall or reaching for your credit card. But in her book called Cheap, author Ellen Ruppel Shell explains why bargain-hunting may come at a high price.

"In a market awash in increasingly similar — even identical — goods," Shell writes, "price is the ultimate arbiter; the lover, the better." But the inexpensive Target underwear and the bootleg watches from street vendors quickly show their true value, and their production comes at a societal cost. 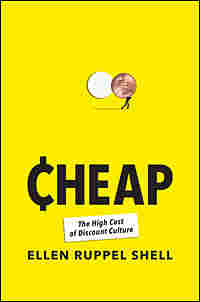 From the day we open our first lemonade stand, most of us understand that price is a relative matter, one that can infuriate, surprise, sadden, or delight. As Harvard Business School professor Gerald Zaltman told me, "Price is typically a number, but there is nothing more subjective." Who knew that the way prices are positioned on a menu can influence what we eat for lunch or that some numbers trigger in our minds the flashing light of good deal, while others send signals of rip-off? Looking deep inside the human brain, neuroscientists have discovered that the very anticipation of a "bargain" sets our neural networks aquiver. The manipulation of price can confuse us, block the thinking part of our brain and ignite the impulsive, primitive side, the part that leads us to make poor decisions based on bad assumptions. Ever wonder why you'll drive five miles out of your way to save a buck on a six- pack of beer or, for that matter, a tank of gas? Or why you'll snap up a sweater "marked down" from $150 to $50 but pass up the very same sweater selling for "full price" at $50? Or why you'd prefer to pay more for an item than witness someone else pay less? Ever wonder why your own closet is cluttered with ill-fitting shoes and T-shirts in unbecoming shades? As we will see, science has the answer.

Factory outlets are America's number-one tourist destination, the fastest-growing segment of not only the retail industry but also the travel industry. In Las Vegas we see the point that outlets can be as dicey as the slots, treacherous places for those who don't know the landscape. At the outlets a "designer" necklace, a pair of Levi Strauss jeans, a Coach bag are often mere decoys, name brands in name only. Who's to know? And it's not only outlets that lead us astray. Merchants of rugs, mattresses, jewelry, and almost everything else use similar strategies to make bad deals irresistible. Even Harvard University dilutes its brand to capitalize on the human penchant for bargains. When the price is right, what's in the box seems to matter far less than what is on the label.

In the world of Cheap, "design" has become a stand-in for quality. Companies such as Target, H & M, and Zara offer consumers the look they love at a price they can live with — but at what true cost? I n Sweden we visit IKEA, the global furniture retailer made famous and fabulously successful by a scheme of designing not just for low price but to low price. The consequences of this are both obvious and subtle. IKEA makes furniture available to all at a low price, which means college students, young couples, and others on a budget can furnish their homes in style. But IKEA does not overly concern itself with what Homer Simpson calls "fall-apart." The company designs for easy construction, uniformity, cheap production, and transportability around the globe. Ultimately, what it markets is disposable, with everything that implies. The genius of IKEA and other cheap-chic purveyors is that they have made fashionable, desirable, and even lovable objects nearly devoid of craftsmanship. The environmental and social implications of this are insidious and alarming.

Taking a hard look at the impact of discounting on the family budget raises the inevitable question: Does shopping at Wal-Mart and its like make us wealthier? Discounters have helped to keep inflation at bay, and that in itself is a victory. But the Great Depression was characterized not by inflation but by deflation, particularly wage deflation. In recent decades, wage stagnation and growing debt made discounting all the more compelling. Yet discounts don't compensate for the staggering and rising costs of essentials — housing, education, and health care. A terrific deal on tube socks does not keep foreclosure and bankruptcy at bay. Nor will it sustain us.

Food reflects our culture, traditions, and values; nothing is more personal or more intimate. But what we put in our mouths often comes down to price. Americans pay less for food than do citizens of any other developed nation. The puzzle of how restaurants can possibly turn a profit selling one-dollar cheeseburgers and "all you can eat" shrimp platters led me to the question of how food is grown, processed, and sold in America and around the world. While small family farms are no longer adequate to supply the burgeoning global population, overreliance on factory-farmed and factory-processed foods has made food scarce in many parts of the developing world while forcing down the price of food in the United States to unsustainable levels. As agricultural economist Peter Timmer told me, "I'm quite concerned about what the large food companies are doing to the quality and safety of our diet."

Without China, there would be no Cheap. Still, predictable generalizations about this vast and fascinating nation do not apply. In Shanghai and Taizhou the role American business interests have played in keeping prices low and conditions difficult is crystal-clear. The Chinese call those who make, sell, and profit from substandard and counterfeit goods the heixin, or "small, black- hearted ones," and as we will see, the heixin come in many nationalities. What I hope to convey is that we have more in common with the people of China than many of us would like to believe. As one trade expert told me: "The severe exploitation of China's factory workers and the contraction of the American middle class are two sides of the same coin." 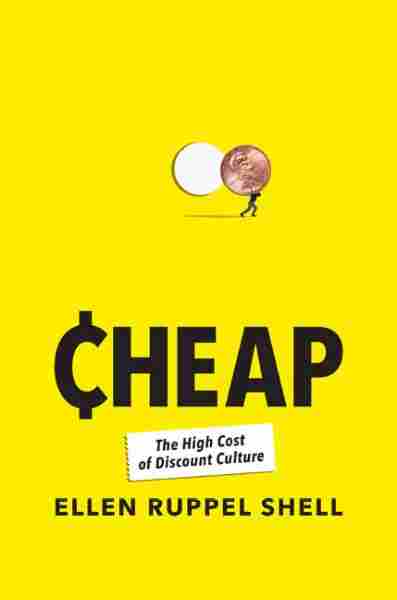 The High Cost of Discount Culture