Accessibility links
The Trick To Teaching Is Sometimes Magic Ricky Boone, who was born with a rare bone disorder, says he owes everything to his principal, who taught him magic tricks when he was a kid. Today, Boone is a professional magician who owns his own magic store. 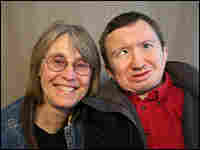 Patty Barber interviewed her friend Ricky Boone about how he was introduced to magic. Boone now owns his own magic shop in Asheville, N.C., where they both live. Courtesy of StoryCorps hide caption 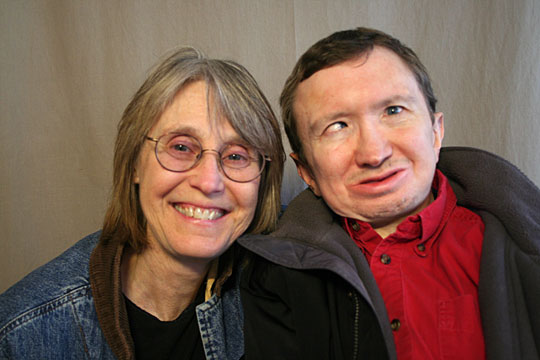 Patty Barber interviewed her friend Ricky Boone about how he was introduced to magic. Boone now owns his own magic shop in Asheville, N.C., where they both live.

Nearly every day, Ricky Boone's principal would page him over the loudspeaker.

But Boone was never in trouble, even though all the other kids and the secretary thought he was. Boone was being saved, one magic trick at a time.

Boone was born with a rare bone disorder that stunted his growth. Doctors told his mom that he wouldn't live past childhood. He grew to just over 4 feet tall and gets around with a wheelchair.

Boone and some friends were standing outside their school the day that the principal, Grovner Wood, first arrived on a Harley wearing a black leather jacket.

"I thought he was cool right then and there," he says.

Later, Wood made a practice of calling Boone down to his office. When he got there, Wood would shut the door and show him magic tricks. Then, Boone says, Wood would say, "Go find a book. Learn a new trick. When you can fool me, we'll trade."

Years later, after college, Wood asked Boone to perform as a magician at a family Christmas party. Afterward, Wood's mother came up to Boone and said her son "does a little magic but nothing like what you've just done."

"At that point," Boone says, "I knew that the student had surpassed the master."

Today, Boone says he owes everything to his former principal. He's been a professional magician for 36 years and owns his own magic shop, Magic Central.

He says that people "see me as someone to pity. ... But if I can make that person laugh their butt off, then they have no time to feel sorry for me, and they forget that I'm in a chair."

Produced for Morning Edition by Nadia Reiman. The senior producer for StoryCorps is Michael Garofalo. Recorded in partnership with WCQS.