Accessibility links
Climate Change Bill Postponed By Senate Senate Democratic leaders are mothballing a climate change bill until September. The bill faces withering opposition from Republicans, and many deals will have to be made before the measure — which seeks to create a greener economy — is passed. 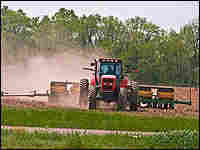 Subsidizing agricultural companies to make ethanol from corn was one of several key compromises that allowed Democrats to pass the climate bill through the House last week. iStockphoto.com hide caption 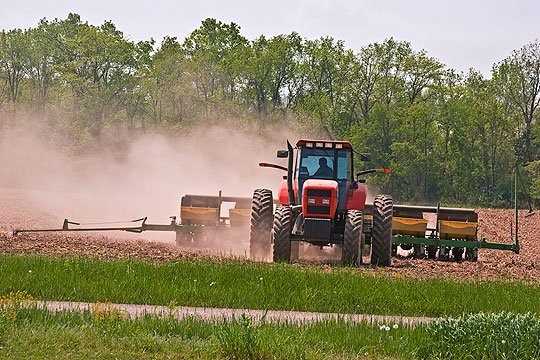 Subsidizing agricultural companies to make ethanol from corn was one of several key compromises that allowed Democrats to pass the climate bill through the House last week.

Legislation to slow climate change rolled into the Senate this week and almost immediately ground to a halt.

After two days of hearings, Democratic leaders agreed to mothball the measure until September. They blamed a full schedule on health care reform and the president's Supreme Court nominee for the delay.

But it was clear from its brief moment in the spotlight that the climate bill, which puts a national cap on emissions of greenhouse gases, faces withering opposition from Republicans. They say it will cost consumers too much and hurt American business. Bill backers say it will create a new green economy and is necessary to avoid devastating climate change.

At a hearing before the Environment and Public Works committee, GOP Sen. Kit Bond of Missouri let fly from the start. "I think the American people and certainly my Missouri constituents deserve to know how the legislation we consider will impose new energy taxes on them, kill their jobs, punish the Midwest and South, help China and India, and construct a new bureaucratic nightmare to implement a carbon cap-and-trade program."

Opponents are especially worried about how the climate bill would raise energy prices and thus prices on most goods manufactured in the Unied States. Republican Sen. Jim Bunning of Kentucky told witnesses from the Obama administration, who testified that the bill is necessary to curb global warming, "I have more than once pointed out that any action to reduce U.S. greenhouse gas emissions will be pointless unless there are similar limits on emissions in China, India, Russia and other countries."

China recently passed the U.S. as the world's leading emitter of greenhouse gases, and India is not far behind. They say they will not lower emissions unless the U.S. does first.

Deal-making is the only way Democratic backers of the bill will be able to muster the 60 votes to pass the climate measure and hold off a filibuster from opponents. Several senators made it clear they want to see more help for new nuclear power plants, which do not emit greenhouse gases. Agricultural interests run strong in the Senate; every senator has farmers among his or her constituents, unlike in the House, where urban districts don't include many farm interests. So the bill is likely to see concessions to soften the blow of higher fuel and fertilizer costs, and perhaps include more federal aid for making ethanol from corn.

There's a legion of lobbyists and advocacy groups keeping track of these senatorial wish lists. Lisa Jacobson is one, from the Business Council for Sustainable Energy, which represents green companies and favors the bill.

"Some states are more resource-rich in coal," says Jacobson. "Others are the Saudi Arabia of wind energy, or they have strong solar resources." Each will want the bill to include a slice of the energy pie for its home-state businesses. Jacobson adds that the hobbled economy is also shaping the demands senators are making; Midwestern states are particularly hard hit by unemployment.

So Barbara Boxer, the California Democrat who is shepherding the bill through the Senate, is promising that it will subsidize green energy technologies and thereby create new jobs.

Lobbyists and energy analysts calculate that about two dozen senators are on the fence right now. Bill supporters say they'll need to capture over half of them to get the votes to pass the bill. With the postponement, they'll have the rest of the summer to try.