Accessibility links
Not That I Care There goes our neighbor, Jim, running into the street again. He grabs one of the ducks crossing. Doesn't even look to see if anyone is looking, just scampers out — hunched over, elbows bent and reaching behind him like he's trying to grow wings or is throwing himself to the asphalt - then scoops a duck and holds it with both hands close to his chest and runs back into his house.

Not That I Care

Not That I Care

We asked you to send us original works of fiction that could be read in three minutes or less. And, man, did your inner authors respond -- we received more than 5,000 submissions! Read all our favorites from round one on the Three-Minute Fiction page.

Molly Reid's 'Not That I Care' is the winner of the first round of our Three-Minute Fiction contest. Congratulations, Molly! 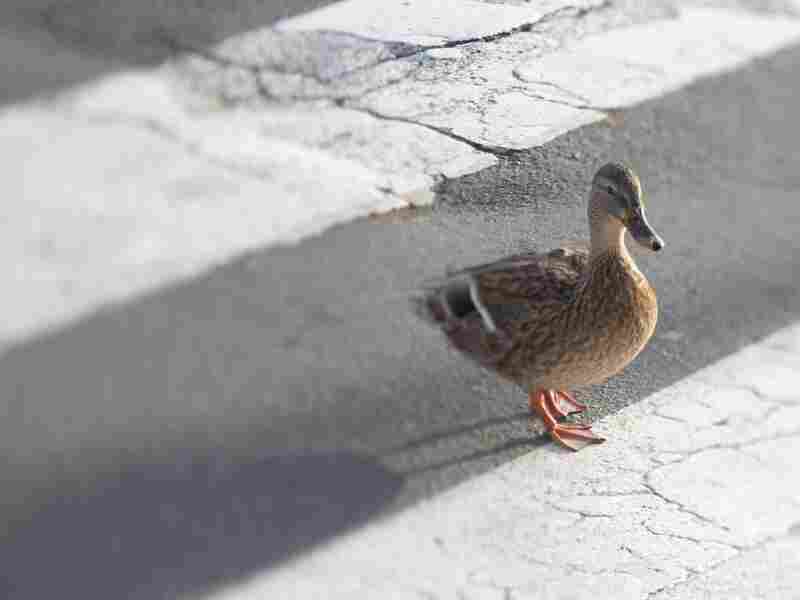 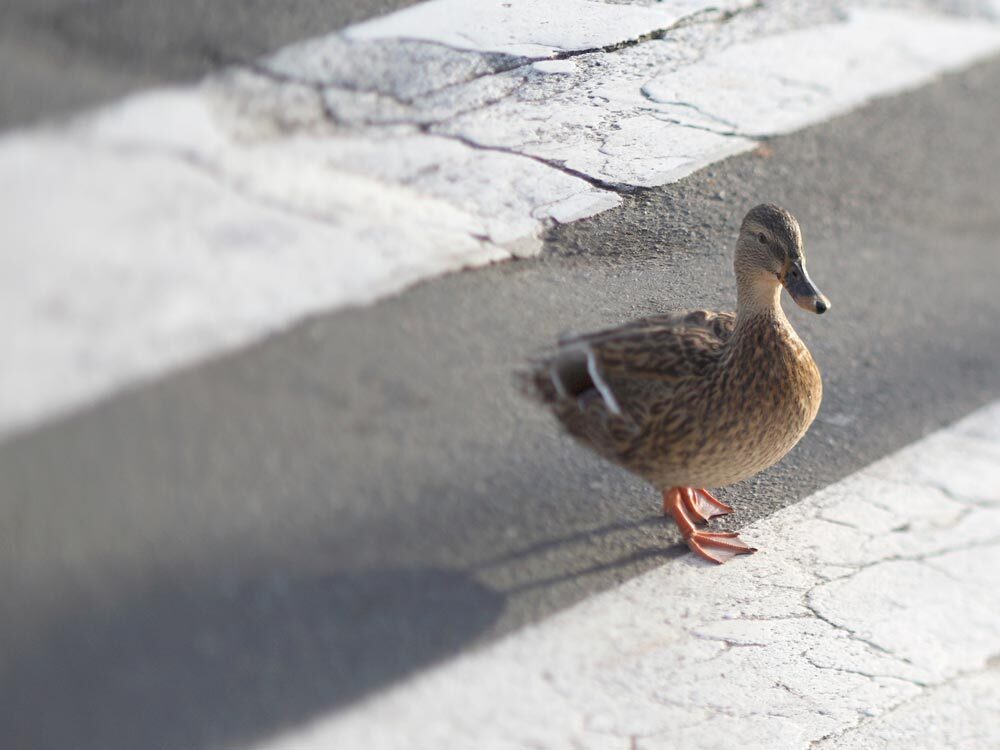 There goes our neighbor, Jim, running into the street again. He grabs one of the ducks crossing. Doesn't even look to see if anyone is looking, just scampers out — hunched over, elbows bent and reaching behind him like he's trying to grow wings or is throwing himself to the asphalt — then scoops a duck and holds it with both hands close to his chest and runs back into his house.

This has been going on for two weeks; started around the time Marcus left, or at least that's when I first noticed it. The ducks always squawk like someone has just thrown a hundred bread crumbs into the lake, moving in frantic, dizzy eights around the stolen duck's absence. I don't think anyone sees him but me. The houses on our street keep the curtains closed. There's nothing ever to see on our street.

I sit at the window drinking pot after pot of weak black coffee, drumming my fingers on the windowsill and chewing off the extra tiny bits of skin inside my cheeks, pondering whether it's always a different group of ducks that cross our street, migrating from the man-made lake across town, or if Jim lets the snatched duck go some time later, and maybe the same group of ducks make the same trek every day, an afternoon waddle, forgetting about the dangers of this street. Or maybe the ducks and Jim have reached an understanding, a mutually-agreed-upon ritual.

When Marcus left, he left behind a pair of dirty socks, one hiding under the bed and one right in plain sight, curled into itself and getting smaller every day, like a sad little salted slug. I can't bring myself to touch them. I wonder if he left them on purpose, if they're supposed to communicate something, something about cheating and the things we discard, the state of our souls, the process by which galaxies implode.

Once Jim has gone inside with the duck, the other ducks remain in the middle of the street, going around and around each other accusingly, angry toddlers pacing in waddles. I think about moving them to safety. Not that any cars drive down our street. Not, anyway, like Marcus used to, speeding, snarled music, brakes wheezing, spitting rocks. I should at least run out and comfort the remaining ducks, tell them it's going to be ok, that sooner or later the sting of absence will lessen. One day those blue and green feathers, you won't remember them so soft.

Not that I know that for sure. Or that I know anything about feathers. Not that they could understand me, being ducks.

Or I could go next door, take that duck back, let him go, let them all go free. If it wasn't for the look on Jim's face, lips pressed together like he has a mouth full of jellybeans, like he's getting away with something — which I let him believe, which I understand the importance of. I keep watching. And every time he takes another duck, I get closer to thinking about moving away from the window.