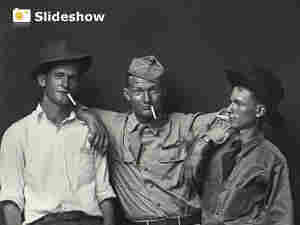 Audio for this feature is no longer available. The album was released on July 21. 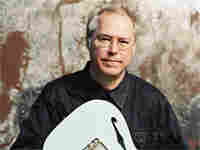 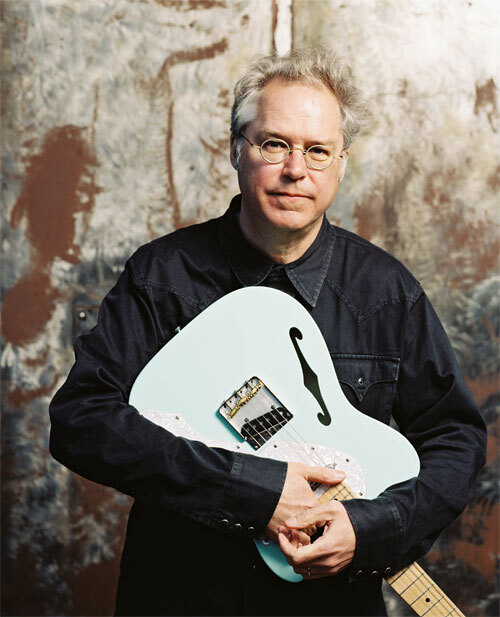 This album is called Disfarmer, and it's by Bill Frisell. Frisell, you may know: He's a guitar tactician with warmth and a composer of unclassifiable songs. As a solo artist, Frisell is known largely for drawing upon the affects of Americana — folk, country and western, what-have-you — in ways you wouldn't immediately call jazz, but which draw from jazz in a way that implies no better descriptor.

But who, or what for that matter, is Disfarmer?

Mike Disfarmer was born Michael Meyers in 1884, the sixth of seven children in a family of German immigrant farmers in Arkansas. As he grew older, he came to reject both his family and its agrarian lifestyle. (A tornado, he once claimed, uprooted him from his birth parents and blew him into the Meyers household.) So he chose a new surname. Upon learning, somewhat incorrectly, that the German word "meyer" translated to "farmer" in English, he reasoned that he could only be called an anti-farmer, or Disfarmer.

In other words, Disfarmer was something of an eccentric, and a recluse to boot. But he was also an artist: Disfarmer ran a portrait photography studio in rural Heber Springs, Ark. — the only such enterprise for miles around. Thousands of black-and-white images captured his fellow townspeople from the years preceding the Great Depression to the period following WWII. And something about the solemn, stark plainness to his style lent his subjects an unexpected intimacy, ensuring his legacy as one of America's great outsider artists.

Disfarmer died in 1959, but his photographs were eventually rediscovered, exhibited and anthologized. The candor of those images would be a natural counterpart to the post-Americana music of Bill Frisell — so thought Chuck Helm, Director of the Performing Arts at the Wexner Center in Columbus, Ohio. Sure enough, when Helm introduced Frisell to Disfarmer's oeuvre, the guitarist went on to create a touring multimedia work, scoring a slideshow of Disfarmer images.

The recording of that music, on Frisell's latest album Disfarmer, is what you can hear here in its entirety. It's filled with the sounds of a 21st-century string band: Greg Leisz's mandolin and pedal-steel atmospherics, Jenny Scheinman's sundry fiddle textures, Viktor Krauss' rich acoustic bass plucking. And then there's Frisell, the quiet tactician of the electric guitar, who engineers loops and subtle distortions with phrasing you never knew you were expecting.

There are evocative original themes and motifs here, surrounded by backgrounds sounding distant echoes of country, bluegrass and old-time mountain music. There's also a handful of carefully selected covers, among them Hank Williams' lament "I Can't Help It (If I'm Still in Love With You)" and Arthur Crudup's blues song "That's Alright, Mama," a hit rockabilly vehicle for Elvis Presley. It's a record alternately spare and full, languid and rollicking, pastoral and urbanely produced.

And it's all in service to the work of the enigmatic Arkansas photographer Mike Disfarmer.

"What was he thinking?" Frisell asks. "What did he see? We'll never know, but as I write the music, I'd like to imagine it coming from his point of view. The sound of him looking through the lens."

Take a listen to the entire album here, and let us know what you think below in the comments. We'd also love to see your 140-character Twitter reviews, if you've got 'em, marked with the hashtag #disfarmer. Happy listening.