Accessibility links
Hemingway's 'Feast' On The Move Into New Edition In time for the 110th anniversary of the author's birth, Ernest Hemingway's posthumous memoir, A Moveable Feast, has been restored — or rather, as Maureen Corrigan would have it, "remixed." 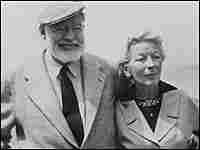 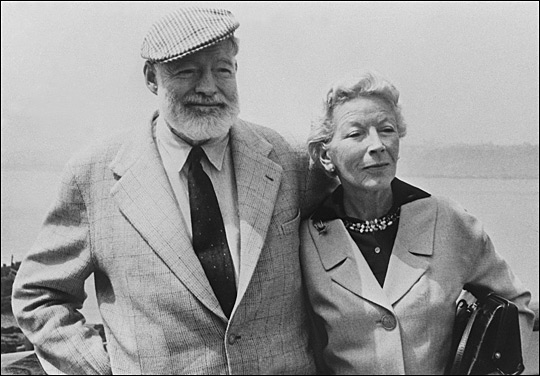 A Feast Of Hemingway

The heavy musk of Hemingway is in the air this summer: It has something to do with the fact that it's the 110th anniversary of Papa's birth. Scribner, Hemingway's longtime publisher, is reissuing all of his novels; they're also bringing out a mildly interesting new book in August called The Hemingway Patrols about the writer's hunt for U-boats off the coast of Cuba during World War II. (Apparently these patrols were the subject of mockery by Hemingway's then third wife, journalist Martha Gellhorn. Given that Hemingway was hunting German submarines in his small wooden fishing boat, the Pilar, perhaps Gellhorn had a point.) The main event of this Hemingway summer is the appearance of what's being called "the restored edition" of what might just be his greatest book, his memoir, A Moveable Feast.

"Remixed" would be a more accurate word than "restored." At the time of Hemingway's suicide in 1961, the manuscript of his memoir-in-progress didn't have a title, a finished introduction, or a final chapter. Hemingway's fourth wife, Mary, and an editor worked together to shape the memoir that was published in 1964.

As anyone who's ever read A Moveable Feast knows, it's a vivid book, all about writing and being young in the Paris of the 1920s, a place then green-gold with promise. Hemingway writes generously about Ezra Pound and unkindly about Scott Fitzgerald and downright viciously about Gertrude Stein.

Some of Hemingway's very harshest passages are reserved for Pauline Pfeiffer, the rich woman who would become his second wife, whom he saw as deliberately destroying what he'd come to idealize as a wonderful first marriage to wife number one, Hadley. On the penultimate page of the original last chapter of A Moveable Feast, Hemingway wistfully writes of being temporarily reunited with Hadley after a dalliance with Pauline: "When I saw my wife again standing by the tracks as the train came in by the piled logs at the station, I wished I had died before I ever loved anyone but her."

Understandably, Pauline's descendants never liked how she lives on in literary posterity and so her grandson, Sean Hemingway, encouraged by his uncle, Patrick Hemingway (Pauline's son) edited this so-called "restored" edition of A Moveable Feast in which the anti-Pauline sections are muffled and shuffled and some new minor chapters have been added. This new edition ends with this passage by the aging Hemingway, who had, by then, it's important to know, been given electroshock treatments for depression:

"There are remises or storage places where you may leave or store certain things such as a locker trunk or duffel bag ... and this book contains material from the remises of my memory and of my heart. Even if the one has been tampered with and the other does not exist."

For that voice of a shattered Hemingway alone, the new edition of A Moveable Feast is worth taking note of. Otherwise, what I'm calling the "classic" edition is the more coherent narrative. That's because an awareness of loss, and a foolhardy mission to try to stop time, underlie A Moveable Feast — admittedly as foolhardy a mission as setting sail in your wooden fishing boat to hunt for German U-boats.

The Madonna of Loss in A Moveable Feast is Hadley. Almost every chapter in the memoir ends with an offering to her, a premonition that the world she and Hemingway share is going to evaporate. Here, for instance, is a conversation at the end of the chapter that reminisces about the famous bookstore, Shakespeare and Company:

"We're always lucky," I said and like a fool I did not knock on wood. There was wood everywhere in that apartment to knock on too.

Thematically, then, it's important to preserve that sense of foreboding in A Moveable Feast, which means keeping Hadley's innocence and Pauline's predatory shadow front and center.

Of course A Moveable Feast, in whatever version you choose to read, is highly fictionalized: Hemingway was not as clueless nor, probably, was Pauline quite the barracuda that his version of things would have us believe.

This Hemingway summer allows me the opportunity to give a quick plug to a great book on Hemingway that came out a few years ago: The Breaking Point by Stephen Koch sheds light, not only on Papa's tendency to blame people and to idealize those whom he rejected, like Hadley, but also tells an absorbing story about Hemingway's political involvement and betrayals during the Spanish Civil War.

It's a joy to be carried away by the power of Hemingway's writing in A Moveable Feast, but the appearance of this latest version only reminds us readers that whatever Papa wrote about the past needs to be taken with a pitcher of margaritas and a shaker of salt. Perhaps a better title for A Moveable Feast, might've been the words spoken by Hemingway's own Jake Barnes at the end of The Sun Also Rises: "Isn't it pretty to think so?" 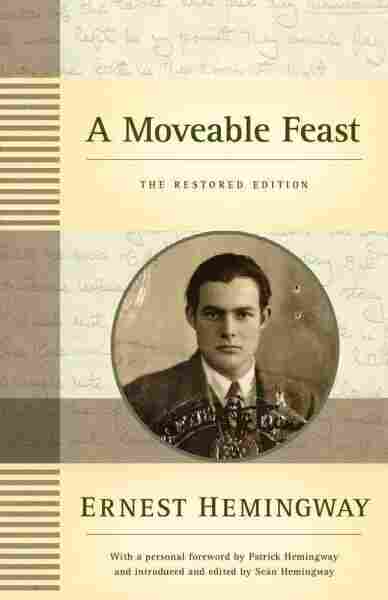 Ernest Hemingway and His Hunt for U-boats 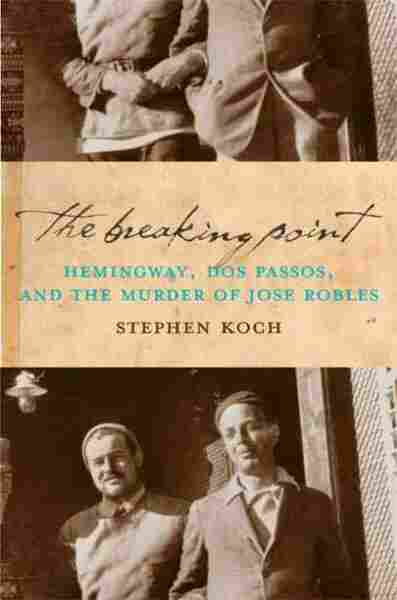 Hemingway, Dos Passos, And the Murder of Jose Robles