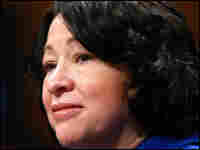 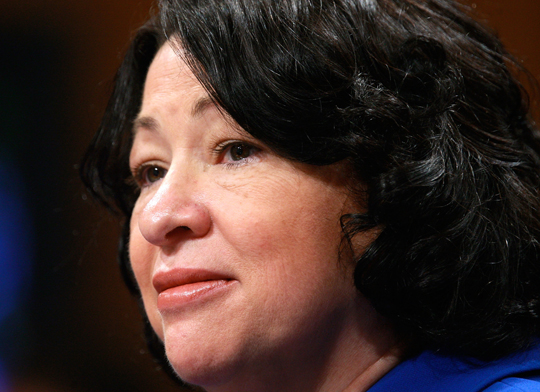 The following is the prepared opening statement of Judge Sonia Sotomayor on the first day of her Senate Judiciary Committee confirmation hearings to be an associate justice of the U.S. Supreme Court.

Thank you, Mr. Chairman. I also want to thank Sens. Schumer and Gillibrand for that kind introduction.

In recent weeks, I have had the privilege and pleasure of meeting 89 gracious senators, including all the members of this committee. I thank you for the time you have spent with me. Our meetings have given me an illuminating tour of the 50 states, and invaluable insights into the American people.

There are countless family members, friends, mentors, colleagues and clerks who have done so much over the years to make this day possible. I am deeply appreciative for their love and support. I want to make one special note of thanks to my mom. I am here today because of her aspirations and sacrifices for both my brother Juan and me. Mom, I love that we are sharing this together. I am very grateful to the president and humbled to be here today as a nominee to the United States Supreme Court.

The progression of my life has been uniquely American. My parents left Puerto Rico during World War II. I grew up in modest circumstances in a Bronx housing project. My father, a factory worker with a third-grade education, passed away when I was 9 years old.

On her own, my mother raised my brother and me. She taught us that the key to success in America is a good education. And she set the example, studying alongside my brother and me at our kitchen table so that she could become a registered nurse. We worked hard. I poured myself into my studies at Cardinal Spellman High School, earning scholarships to Princeton University and then Yale Law School, while my brother went to medical school. Our achievements are due to the values that we learned as children, and they have continued to guide my life's endeavors. I try to pass on this legacy by serving as a mentor and friend to my many godchildren and students of all backgrounds.

Over the past three decades, I have seen our judicial system from a number of different perspectives — as a big-city prosecutor, a corporate litigator, a trial judge and an appellate judge. My first job after law school was as an assistant district attorney in New York. There, I saw children exploited and abused. I felt the suffering of victims' families torn apart by a loved one's needless death. And I learned the tough job law enforcement has protecting the public safety. In my next legal job, I focused on commercial, instead of criminal, matters. I litigated issues on behalf of national and international businesses and advised them on matters ranging from contracts to trademarks.

My career as an advocate ended — and my career as a judge began — when I was appointed by President George H.W. Bush to the United States District Court for the Southern District of New York. As a trial judge, I decided over 450, and presided over dozens of trials, with perhaps my best known case involving the Major League Baseball strike in 1995.

After six extraordinary years on the district court, I was appointed by President William Jefferson Clinton to the United States Court of Appeals for the Second Circuit. On that court, I have enjoyed the benefit of sharing ideas and perspectives with wonderful colleagues as we have worked together to resolve the issues before us. I have now served as an appellate judge for over a decade, deciding a wide range of constitutional, statutory and other legal questions.

Throughout my 17 years on the bench, I have witnessed the human consequences of my decisions. Those decisions have been made not to serve the interests of any one litigant, but always to serve the larger interest of impartial justice.

In the past month, many senators have asked me about my judicial philosophy. It is simple: fidelity to the law. The task of a judge is not to make the law — it is to apply the law. And it is clear, I believe, that my record in two courts reflects my rigorous commitment to interpreting the Constitution according to its terms; interpreting statutes according to their terms and Congress' intent; and hewing faithfully to precedents established by the Supreme Court and my Circuit Court. In each case I have heard, I have applied the law to the facts at hand.

The process of judging is enhanced when the arguments and concerns of the parties to the litigation are understood and acknowledged. That is why I generally structure my opinions by setting out what the law requires and then by explaining why a contrary position, sympathetic or not, is accepted or rejected. That is how I seek to strengthen both the rule of law and faith in the impartiality of our justice system. My personal and professional experiences help me listen and understand, with the law always commanding the result in every case.

Since President Obama announced my nomination in May, I have received letters from people all over this country. Many tell a unique story of hope in spite of struggles. Each letter has deeply touched me. Each reflects a belief in the dream that led my parents to come to New York all those years ago. It is our Constitution that makes that dream possible, and I now seek the honor of upholding the Constitution as a justice on the Supreme Court.

I look forward in the next few days to answering your questions, to having the American people learn more about me, and to being part of a process that reflects the greatness of our Constitution and of our nation. Thank you.