Accessibility links
For Playwright, TV Gigs Make Theater Possible The play may be the thing, but the hard truth is that theater isn't particularly lucrative. Acclaimed playwright Theresa Rebeck is just one of many dramatists who pay the bills by writing for television. 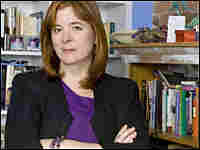 Theresa Rebeck's work as a playwright includes Mauritius (2007) and Omnium Gatherum, a finalist for the 2003 Pulitzer Prize in Drama. Monique Carboni hide caption 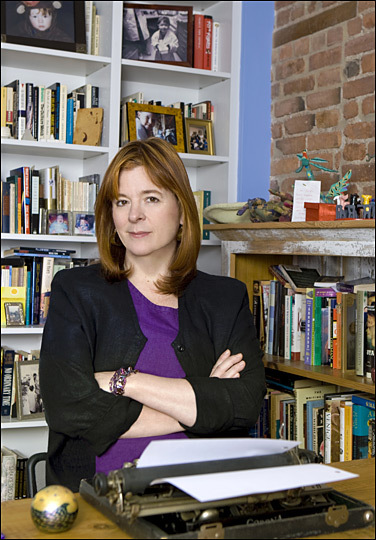 Theresa Rebeck's work as a playwright includes Mauritius (2007) and Omnium Gatherum, a finalist for the 2003 Pulitzer Prize in Drama. 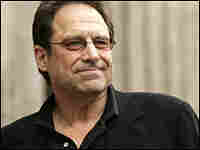 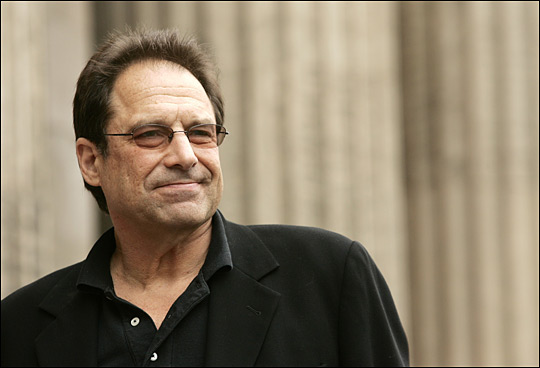 David Milch — a co-creator of NYPD Blue, among other television shows — says he admires Rebeck's work, but doesn't embrace the distinction between financial and artistic success.

This is the third in a series of stories exploring how artists earn a living.

When Theresa Rebeck moved to New York to pursue her dream as a playwright, she did what a lot of starving artists do: She temped. Meanwhile, she helped personally subsidize her work in funky little off-off-Broadway theaters.

These were decidedly do-it-yourself affairs. "If you had a play that you wanted to produce, you and the actors and the director would chip in a hundred bucks each to sort of cover the cost," she says.

And her earnings? Maybe $25, she jokes. So when an agent suggested Rebeck could get some work in television, she leapt at the chance.

So Rebeck started writing TV scripts on spec, while also working in the theater. She's been shuttling between both worlds ever since, keeping up a stage career while working on the writing staffs of such TV series as NYPD Blue and Law and Order: Criminal Intent.

Living Off 'My Own Grant'

Rebeck is no starving artist anymore, though. Her plays have been performed at prestigious nonprofit theaters in New York and around the country. She and her family live in a beautifully renovated brownstone in Park Slope, Brooklyn. And Rebeck has a personal assistant to help her deal with all the projects she's constantly juggling.

"It was like I sort of created my own trust fund, or my own grant, and that's what we're kind of living off now!" she laughs.

"Generally, what I try to do is always have a money gig and an art gig," she says. "And then, whatever moves in front of the other, when a deadline comes up, that part of my brain is what moves to the fore."

But for David Milch, a co-creator of NYPD Blue and other television shows, the dichotomy implied in Rebeck's calculus is a false one.

"I bridle a bit about the idea of 'making a living,' as opposed to doing good work," Milch says. "Theresa's is the bravest kind of imagination, and I think she's happiest when she's doing the work in which her unalloyed loyalty is to the character and to the moment."

'A Certain Amount Of Control'

On the small screen, though, character and incident aren't always the writer's exclusive territory.

"In television, what you are doing is trying to fit your voice into a particular mold," Rebeck says. "When I was a staff writer on NYPD Blue, it was truly my job to hear David Milch's voice for that show and to deliver episodes that embodied that voice."

Meanwhile, Rebeck's latest play, Our House, is about television. The play recently finished its run at Playwrights Horizons, off-Broadway.

"She's a born playwright," says Tim Sanford, the theater's artistic director. "She's prolific, she's great at structure, she has something to say, she's driven to say it, it's not hard for her."

And with a play, Rebeck has a level of control over her own vision that she never gets in television: In the theater, no changes can be made to her scripts without her consent.

"I would rather work in the theater than anywhere else," Rebeck says. "And it does seem to be a place where stories can and should be told purely."

But that purity often comes with little pay. Rebeck estimates she might make $15,000 for the run of Our House at Playwrights, but the show was written and developed over the course of two years.

Sanford says that while the theatrical community was once skeptical of people who "went Hollywood," it's not surprising that a lot of playwrights are following in Rebeck's footsteps, toggling between the stage and television. They've gotta eat.

"I think it's just become more and more accepted for writers to go back and forth," Sanford says. "I don't think there's a stigma on writers to work in both media as much."

And if you ask Rebeck how she identifies herself, there's no question — she's a playwright, even if, in some years, only 10 percent of her income comes from the theater.

"These are questions of culture, I think. Is art valuable only if it's got a dollar sign, a significant dollar sign on it?" Rebeck says.

"I think the answer to that is no — some of the most beautiful things I've been involved with, people were being charged $10 a ticket, and nobody was being paid anything, and I'll never forget that evening in the theater."