Accessibility links
In-N-Out Burger Sticks To Basics, Finds Success In-N-Out Burger is a phenomenally successful West Coast chain that has stuck to burgers, fries and shakes. BusinessWeek reporter Stacy Perman has written a new history of In-N-Out. She says the chain has persisted with its original formula: Keep it simple; do one thing, and do it the best you can.

In-N-Out is the phenomenally successful West Coast chain with its secret menu of Doubles, Protein Style and Animal Style burgers. If you want salads, chicken or a latte, try someplace else.

BusinessWeek reporter Stacy Perman's new book, In-N-Out Burger: A Behind-the-Counter Look at the Fast-Food Chain That Breaks all the Rules, chronicles the history of the chain starting with the company's founding in 1948 by Harry Snyder.

"Harry had a motto: Keep it simple; do one thing, and do it the best you can," Perman tells Madeleine Brand. "And they've pretty much hued pretty closely to that formula, and it's worked for them."

In-N-Out has its own process of making beef patties and delivers them, along with fresh tomatoes and potatoes, to the stores on a daily or a near-daily basis, Perman says. As a result, the stores are no farther than 500 miles away.

Perman says In-N-Out's secret menu includes the popular Animal Style burger, named for Southern California surfers who flocked to the chain in the 1960s and were labeled animals by the clean-cut In-N-Out staff; and the Protein Style, which predates the Atkins Diet and comes wrapped in lettuce rather than on a bun.

Each burger wrapper and cup also comes with a Bible citation — thanks to Harry Snyder's son, Rich Snyder, who is the company's second president and a born-again Christian. The citations are discreet, Perman says.

"Friends of mine who've lived in California forever, some of them didn't even know they were there," she says. "And some of them, who I think would be offended in any other setting ... sort of gave it a pass because they love In-N-Out Burger so much." 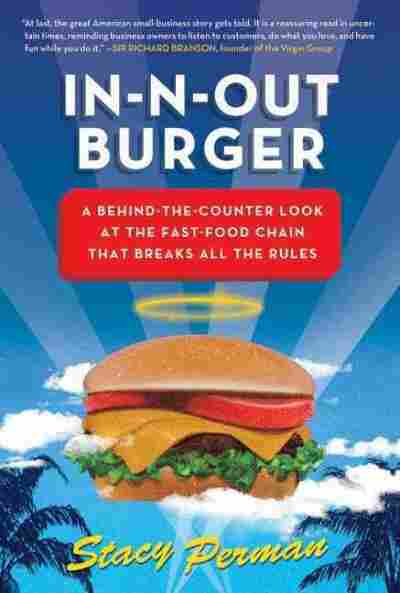