Accessibility links
Web Site Gives Girls Basketball Stars Major Play It started as a Web site for a girls basketball team coached by veteran newspaper sportswriter Glenn Nelson, but it evolved into a national online community for female basketball players. Recently bought out by ESPN, HoopGurlz.com is the place to go to read about the top players — and who's recruiting them for college. 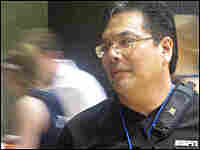 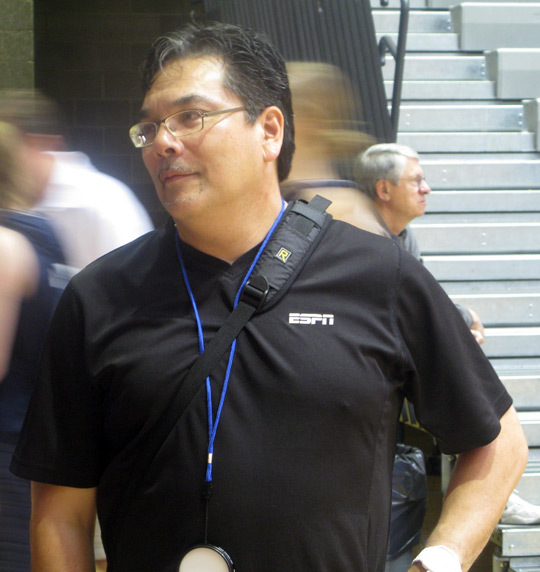 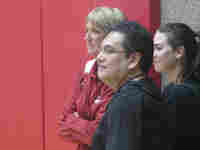 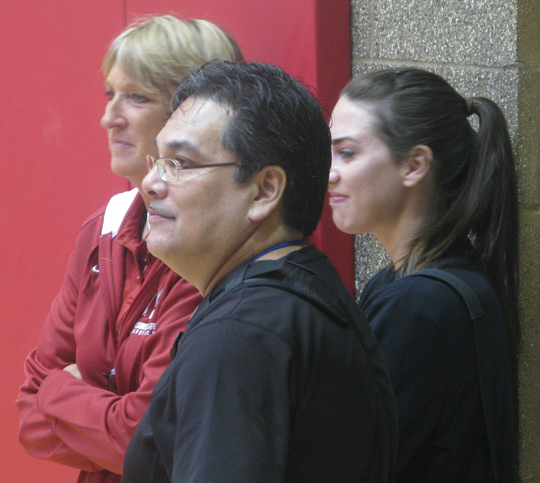 On The Trail With Glenn

Nelson wanted an "in" in the world of girls basketball. At a summer tournament in Oregon City, Ore., it's clear just how far in he has gotten — from the endless greetings — Nelson admits he doesn't always know who is saying hello — to the moments when worried moms and dads want to use him as a sounding board, to the happier conversations with a satisfied coach.

"People like seeing us walk through the door," Nelson says. "People thank us for what we're doing, so we feel like we're feeding into something."

What is now "we"-- a staff of three males and three females — once was just Nelson. He started the Web site nearly 10 years ago as a way to chronicle the girls team he coached in Seattle. Then it grew: scouting and player evaluations on more girls from more teams around the country. One of his two daughters came up with the name HoopGurlz.com. And it felt right, especially after his pre-HoopGurlz career: 17 years covering the NBA as a sportswriter for the Seattle Times.

"I kind of fled away from that, looking for what I thought was the last innocent corner of the sports world — a bunch of girls playing basketball, ponytails bobbing," Nelson says.

Nelson largely found that innocence in the relative lack of money, greed and scandals. But in the roughly five years since HoopGurlz really took off, Nelson has witnessed an eye-popping evolution of players — still with ponytails, but they're bigger, faster, more skilled and tougher.

During one of the tournament games, a player from a Berkeley, Calif., team went down with a bad twisted ankle. Her face was contorted, but there were no tears. Her coaches came out to help her off the court, but she waved them off. Ron Beard, a club coach from the Seattle area, watched and smiled.

"Back in the day, two of the coaches might have had to pick her up and drag her off, carry her off," Beard says. "Look. She said, 'Back off. I got it. Walk off by myself. I can walk by myself.' Basically what she's doing is she's showing the gym that, 'I'm still tough.' It's a personal thing. That's boys' stuff."

Nelson agrees that boys basketball is influencing the girls game more. But he insists that there are fundamental differences in the two basketball worlds.

"Female is a lot more communal," he says. "So this sport is not just a sport. It's a happening — it's a community. I know to play to that."

He does it with video player profiles on the Web site; also with interviews that go beyond the nuts and bolts of basketball — like the one Nelson did in Oregon City with a player named Morganne Comstock. A few years ago, her good friend and teammate died suddenly.

"Playing and thinking about her was just what made me move forward," Comstock says in the interview. "And that she'll always be with me when I play."

Last year, HoopGurlz.com arrived. ESPN, the sports media empire, bought the site. But Nelson says selling it wasn't a slam dunk. He worried that ESPN would force him to make HoopGurlz more like a boys recruiting site: heavy on stats, light on personality. Nelson's ESPN supervisor says that never was a consideration.

The supervisor adds, laughing, that Nelson's entire goal is to make girls basketball the most viewed sport in the country. Ain't gonna happen, he says. But if Nelson didn't care so much, they wouldn't want him.

Featured on www.hoopgurlz.com is a video about Shoni Schimmel, a Native American basketball player.