Accessibility links
Could $20-Per-Gallon Gasoline Make Us Happier? When it's time to fill up the gas tank, many fear the price of gas will return to the $4-a-gallon days of last summer. But according to author Chris Steiner, our lives would be a lot happier and healthier if gas prices rose into the double digits. Steiner explains himself, and the title of his book: $20 Per Gallon: How the Inevitable Rise in the Price of Gasoline Will Change Our Lives for the Better. 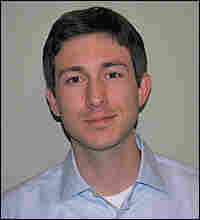 When it's time to fill up the gas tank, many fear the price of gas will return to the $4-a-gallon days of last summer.

But according to author Chris Steiner, our lives would be a lot happier and healthier if gas prices rose into the double digits.

Steiner explains himself, and the title of his book: $20 Per Gallon: How the Inevitable Rise in the Price of Gasoline Will Change Our Lives for the Better. 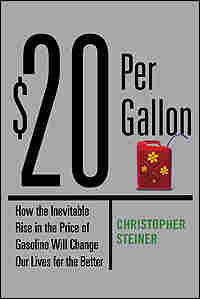 $20 per Gallon: How the Inevitable Rising Cost of Gas Will Change Our Lives for the Better
By Christopher Steiner
Hardcover, 288 pages
Grand Central Publishing
List price: $24.99

Excerpt adapted from $20 Per Gallon, How the Inevitable Rise in the Price of Gasoline Will Change Our Lives for the Better, by Christopher Steiner.

There's something guttural, something personal, about the price of gas. Even though we've pared our driving, there's a feeling that there's more to this, more than $2 versus $4, more than the price of our weekly fill-up. At the gas pump, we're egregiously offended by big numbers and comforted by small ones. Big numbers make us sick. But why?

The price of commodities, the price of nearly everything we use in abundance, has shot up during the last five years. So what makes gasoline so special? We don't have the same visceral reaction to, say, the price of grain—even though it goes into half of everything we eat and its price has more than doubled in recent years. Why does gasoline set off different, shriller alarms than other things we consistently buy? Perhaps that's our human intuition — an evolved sense that there's more to a situation than the mere face of it. It turns out that our intuition, honed by millennia of survival, is quite canny. The inexorable rising price at the pump represents several worlds of change beyond smaller cars and cumbersome gas station charges.

The price of oil — and thus, gasoline — affects our lives to a degree few realize. It's not just the BP or Shell portion of your Visa bill. It's the bricks in your walls, the plastic in your refrigerator, the asphalt on your roads, the shingles on your roof, the synthetic rubber in your ball. With every penny that gasoline moves up, so, too, does the price of most things we consume. Stop what you're doing. Look around. Look on your desk, at your shoes, at your shirt, at your windows, your kitchen — how much of it comes from oil? More than you think. Look out your window — look out at the world—how much of it owes its existence to oil? Again, more than you think. The United States imports 67% of its oil, but only 40% of that goes into our vehicles' fuel tanks. The rest is used to make, fortify, and shape just about anything you can imagine.

But there's more to this than the price of our stuff. The mounting cost of gas will dictate cultural changes, housing changes, civic changes, education changes — it will leave nary a spot on the globe, or how we live, unchanged. There will be pain involved in our adaptations, yes, but not all of the change we face is gloomy. In fact, many people's lives, including many Americans' lives, will be improved across a panoply of facets. We will get more exercise, breathe fewer toxins, eat better food, and make a smaller impact on our earth. Giant businesses will rise as entrepreneurs' intrepid minds elegantly solve our society's mounting challenges. The world's next Google or Microsoft, the next great disrupter and megacompany, could well be conceived in this saga. It could be a battery company, a breakthrough solar outfit, or a radically innovative vehicle manufacturer. This revolution will be so widespread and affect so many that it will evoke the Internet's rise in the late 1990s.

But this revolution will be even bigger than that. The Internet allowed us to buy a book online, to peruse information at will and with speed. The rising price of gasoline, however, will reshape your house, your car, your town, your stores, your job, your life. America has never seen so great an innovation spur as escalating petroleum prices. This tale will bring with it all the global impact of a World War and its inherent technology evolutions — minus all the death. Some people even welcome oil's coming paucity and expense as one of humankind's grand experiments.

Many people, quite understandably, don't consider the implications of expensive gasoline so grand. The fact remains that the price of oil will inevitably rise, however. Two simple factors are responsible: first, we're running out of oil (albeit slowly) and second, world demand will continue to rise for decades. We use six barrels of oil for every one we find. Half of the world's petroleum comes from 3% of its oil fields — and those fields are old. The average age of the world's 14 largest oil fields: 50 years, the exact age when most fields' productions start an irreversible ebb. On the demand side, consider this: There are 1 billion people on the globe living what would be considered an American-style life, including ourselves. By 2040, that number will triple. The world's burgeoning middle class will demand oil and it will get oil. Steady price increases are academic. Economics 101: Supply down, Demand up = higher prices.

The changes to our society will begin at $6 per gallon and continue on from there, affecting things far beyond the kinds of cars we drive and how often we drive them. America's obesity rate will fall. Mass transit will spread across the country. Plane graveyards will overflow. We'll lose the option to cheaply travel by plane, but high-speed train networks will slowly snake state to state. Disneyworld will lock its gates, Las Vegas' strip will shrink to half its size. Our air will be cleaner. Cities like Detroit, St. Louis, Pittsburgh and Milwaukee will revive at $12 per gallon, their streets rife with commerce, people and stores. The exurbs of America, where we've poured so much of our wealth during the last several decades, will atrophy, destroying the equity of those who held fast. Wal-Mart will go bankrupt at $14 per gallon and manufacturing jobs will return to the U.S. en masse. When gas reaches $16 per gallon, Michael Pollan will get the food world he lobbies for in The Omnivore's Dilemma.

Change, especially on such a wide level, is never easy nor is it popular. But this is the next step in mankind's evolution. We will adapt, and we will adapt well. Civilization's tale doesn't end here — it just gets more interesting. The easy stream of oil remade our world; so, too, will its demise. 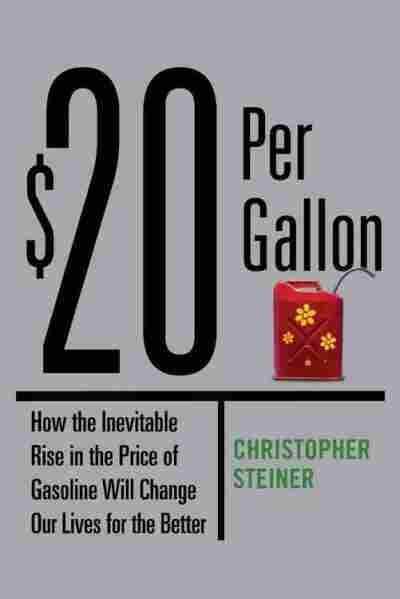