Accessibility links
Lovestruck Lunacy: Haydn's 'Orlando Paladino' Haydn's lighthearted look at lunacy features a warrior knight going crazy for love, while a rival tries to hunt him down and a friendly witch pursues him with helpful hexes. The performance is from Amsterdam's Concertgebouw.

From The Concertgebouw In Amsterdam

In Act Three, when Angelica thinks Medoro has been killed, she lets it all out in the spectacular aria "Dell' estreme sue voci dolenti" — "His final, painful words." From the Concertgebouw, it's performed by soprano Henriette Bonde-Hansen.

Orlando's road to madness begins when he finds that Angelica and her new boyfriend Medoro have lovingly carved their names into a tree, and reacts with the stunned aria "D'Angelica il nome!" — "Angelica's Name!" The Concertgebouw performance features tenor Marcel Reijans as Orlando. 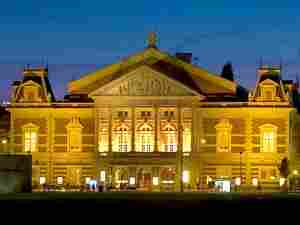 At first glance, the premise of Joseph Haydn's opera Orlando Paladino hardly seems unusual. Its title character literally goes crazy over love, and in the opera house, stories about love and madness are pretty much standard fare. But look again, and it turns out Haydn's drama is a bit unusual, after all — and not just for an opera.

Madness, in general, has long been a popular subject for all kinds of entertainment. At the movies, we've seen Sharon Stone as the plainly psychotic killer in Basic Instinct. And who could forget Alex Forrest, the notorious, bunny-boiling Glenn Close character in Fatal Attraction?

In the opera house, lunacy is also a frequent attraction, and mad scenes for lovelorn crazies often serve as the highlight of the evening. The most famous of them all may be the one in Donizetti's Lucia di Lammermoor, but there are plenty of others. The disturbing scene in Cherubini's Medea, when the title character decides to murder her children, also comes quickly to mind.

So what makes Orlando Paladino stand out? Well, you might have noticed that, except for Orlando, all the unbalanced, lovesick characters mentioned so far have been women. Sure, there are male characters who wind up on the wrong side of romance. But in general, they're portrayed far differently, and their reactions to lost love are less frenzied. In opera, for example, they seldom get "mad scenes." Instead, they sing forceful, manly arias focused on outrage, anger and vengeance. Not Orlando: Right from the start, it's clear that this guy is just plain nuts.

Haydn wrote Orlando Paladino in 1782, basing it on Ludovico Ariosto's 16th-century epic, Orlando Furioso. The same work also inspired two or three operas by Handel, one by Vivaldi and lots more by composers who aren't so well known.

On World of Opera, host Lisa Simeone presents a production of Hadyn's version of the story that benefits from some of the world's finest acoustics. It's performed at the fabled Concertgebouw, in Amsterdam, with tenor Marcel Reijans as the woeful Orlando, and soprano Henriette Bonde-Hansen as Angelica, the woman who sends him over the edge.

The Story of 'Orlando Furioso' 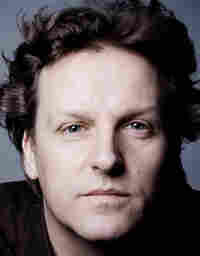 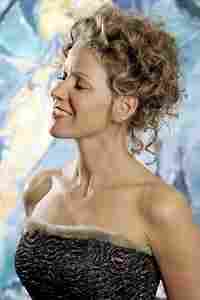 After a lively overture, as ACT ONE gets started, a pretty young shepherdess named Eurilla is warned that the warrior Rodomonte is approaching. Calling himself the Ruler of Barbaria, Rodomonte says he's trying to protect the lovely Lady Angelica, who is fleeing from a madman. The lunatic in question is the warrior knight Orlando. He's in love with Angelica, but she prefers another fellow, Medoro, and Orlando has been driven insane by passion and jealousy.

Angelica and Medoro both worry that Orlando will do them harm, and that seems a reasonable concern. Orlando is clearly nuts, and Medoro doesn't seem the type to stand up to a crazy knight who's armed to the teeth. Angelica does have Rodomonte watching her back, and she's comforted to learn that a powerful witch, Alcina, is also on her side.

Meanwhile, we meet Orlando's squire, Pasquale. He's getting tired of his master's frenzied search for Angelica. When he falls behind, he meets Eurilla, the shepherdess. At first, she thinks Pasquale is kind of pathetic. But he is amusing, and before long, the sparks fly.

Eventually, all the characters meet up in a garden. Orlando is obviously disturbed, so the others approach him with caution, saying, "When dealing with a madman, one must proceed carefully." But when it seems Orlando is ready to wreak havoc with his sword, Alcina steps in with her magic and stops him in his tracks.

As ACT TWO begins, Eurilla breaks up a confrontation between Orlando and Rodomonte. The lovers Angelica and Medoro have been separated, and each fears that the other has been hurt, or even killed. Eurilla tries to comfort Medoro, and then runs into Pasquale for a lascivious duet.

Angelica is so distraught at losing Medoro that she thinks about killing herself. But Alcina assures us that when Angelica seeks death, she'll actually find love.

As the act winds down, Orlando's insanity has gotten the better of him, and he again seems poised to do the others harm. But the watchful Alcina intervenes, and promptly turns him to stone.

In ACT THREE, with help from Alcina, Orlando finds himself on the banks of the river Lethe, leading to the underworld, where he encounters the boatman, Caronte. Alcina observes the scene, then orders Caronte to bathe Orlando in the river's magical waters. This, she's believes, will rid him of the madness brought on by his hopeless love for Angelica.

Meanwhile, Angelica is convinced that Medoro has been killed. In a spectacular aria, she decides to throw herself into the sea. But, as Alcina promised, Medoro returns unharmed, and the lovers are reunited.

But what about that crazy Orlando? The last time Angelica and Medoro saw him, he was still hunting them down, with fire in his eye and his sword at the ready. Alcina assures the two that everything will be fine — and she's right. It seems that her cure did the trick, and the now level-headed Orlando has headed off to battle.

When he returns, he's been victorious. And in the glow of victory, Orlando has forgotten all about his passion for Angelica. Actually, he doesn't even recognize her. As the opera ends, the brave knight Orlando is a hero again, instead of a madman.