Accessibility links
Summer At The Movies And The Livin' Ain't Easy It's only July, and already the summer movie season seems to be cooling off. Movie industry reporter John Horn says that audience word-of-mouth may be one reason for sagging ticket sales. 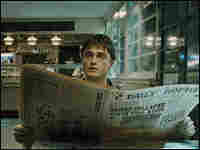 Harry Potter, which earned $58 million on its first day in theaters, is the exception this summer; other films are struggling at the box office. Warner Bros. hide caption 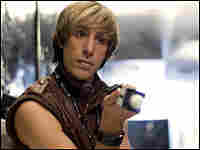 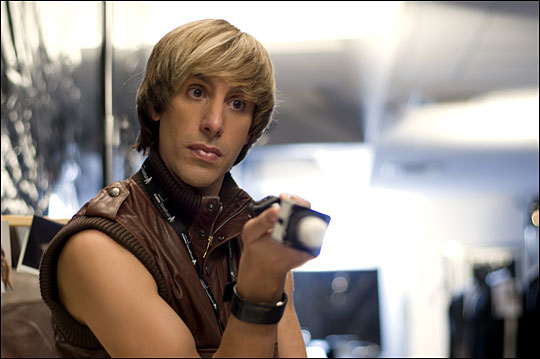 Audiences flocked to Sacha Baron Cohen's Bruno on opening night — but then stayed away.

Harry Potter's magic is working again. The sixth movie in the series opened this Wednesday with $58 million in ticket sales — the best first-day ticket numbers of the entire series. But the boy wizard is an exception to the rule this summer. While the season started with a bang, thanks to movies like Star Trek, Up and the latest Transformers, box office sales now seem to be cooling off — and it's only July.

Journalist John Horn, who covers the movie industry for the Los Angeles Times, says it's not that movies are doing badly; they're just not doing as well as they were at the beginning of the year.

"At a certain point, according to some estimates, the box office was running about 17 percent ahead of what it was a year ago," Horn tells Madeleine Brand. "Now it's about 11 percent, so it's cooled off dramatically."

In hard times, people often turn to movies for escape, but numbers this summer say otherwise, and some movies are barely doing business, even on opening night.

Horn says recent movies like Eddie Murphy's Imagine That or Will Ferrell's Land of the Lost would have done well three or four years ago, when movie watching was more of a habit for audiences.

"Even if they had a turkey, [studios] would know that they could maybe get two weeks of business before the stink really caught up to the film," he says. "Now they have 12 hours."

Sacha Baron Cohen's newest film Bruno is one such example. The film was marketed well, and audiences who were familiar with Cohen's previous film, Borat, gave Bruno big opening-night ticket sales. By Saturday, however, Bruno's box office numbers had fallen by 40 percent — an unheard of number, according to Horn.

"So what that says is that people came out of that movie and told their friends not to go see it," says Horn. "When movies are not recommended by their friends, they fall faster then they've ever fallen."

Horn says this phenomenon puts pressure on studios to make better movies, especially when ticket sales can go south within a matter of hours:

"People will come out of the theater so quickly, and share their opinion so fast, and that word will spread so virally, that if a movie is bad, the audience will know it by Friday night and the movie will be dead by Saturday."