Accessibility links
Economist Predicts Recession Will Soon Be Over The folks at the Economic Cycles Research Institute are convinced that the recession will end sometime this summer because of a pervasive upturn in leading indicators. But, says Lakshman Achuthan, managing director at the institute, the end of the recession does not mean an immediate turn to prosperity. 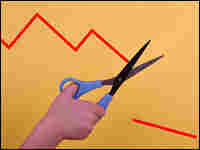 While we're still in a recession, economists say there will likely be a turnaround this summer. iStockphoto.com hide caption 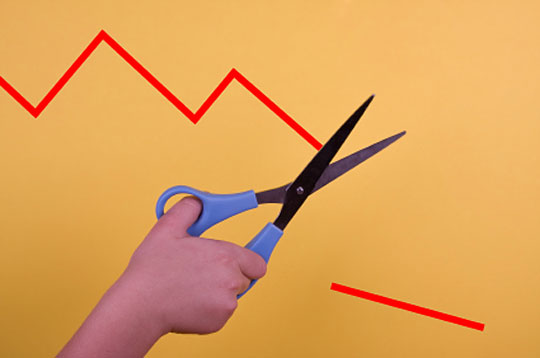 While we're still in a recession, economists say there will likely be a turnaround this summer.

Don't feel bad if you're a bit confused about the financial news that came out this past week: Goldman Sachs and JP Morgan both reported huge quarterly profits, while CIT, one of the nation's largest commercial lenders, is on the verge of collapse. The Fed says unemployment will top 10 percent, and manufacturing and exports are stagnant. But consumer spending is up, and so is the stock market.

What's going on? Well, apparently, the recession is drawing to a close and will be over sometime this summer. At least that's what the folks at the Economic Cycles Research Institute say, and they've been pretty dead on so far.

"The reason we're so convinced — and we are quite convinced — that the recession is drawing to a close is because of leading indicators," Lakshman Achuthan, managing director at the institute, tells NPR's Guy Raz.

Different sequences of indicators point to different types of events. Achuthan says the ECRI sees a robust sequence of events that happen at the beginning and end of recessions, and indicators are showing it is likely that there will be a recovery soon.

"The key is that there is no one piece that we're hanging our hat on. It is a pervasive upturn in these leading indicators, and that is the hallmark of something that is going to persist for a few quarters, a year at least," Achuthan says. "And it is going to be pronounced."

Achuthan says that when you add up all the indicators without bias into a leading index, the picture becomes clear: These indexes are shooting up. And that says a lot. In the time that these indicators have been in existence, they have not made a mistake on a recession or a recovery poll, he says.

Still In A Recession, But Emerging

"First thing that's happening is that everything is getting less bad," Achuthan says. "They're still growing negative, so I think the recession — as far as I know at this second — is still on. But it's less negative than it was a few months ago." The pace of the recession has already begun to ease.

But "the end of the recession does not mean an immediate turn to prosperity," he says. "It means that the economy has stopped shrinking and has begun to grow."

He added, "We've lost 7 million jobs. It's going to take years to get those jobs back."