Accessibility links
What Happened To Our Moonbases And Jetpacks? On the eve of the moon landing anniversary, Host Liane Hansen speaks with Daniel Wilson, author of Where's My Jetpack?: A Guide to the Amazing Science Fiction Future that Never Arrived, about all of the predictions for spaceflight that never came to pass.

By the time Neil Armstrong stepped on the surface of the moon 40 years ago Monday, you could have stuffed a library with predictions of where his giant leap for mankind would lead. Fleets of space shuttles by the 1980s. Thousands of residents of space stations and lunar colonies by the 90s. The outer reaches of the solar system by the early 21st century. If space travel had gone as predicted, some of you would be listening to this program on Mars.

That part came true, at least — if you live in Mars, Pa.

Certainly, there have been great advances in technology thanks to space ventures over the past four decades. But the grand predictions of 1969 have made Neil Armstrong's giant leap seem more like a baby step.

Daniel Wilson explains what happened to host Liane Hansen. He's a roboticist who poked some fun at sci-fi predictions in his 2007 book, Where's My Jetpack?: A Guide to the Amazing Science Fiction Future That Never Arrived. 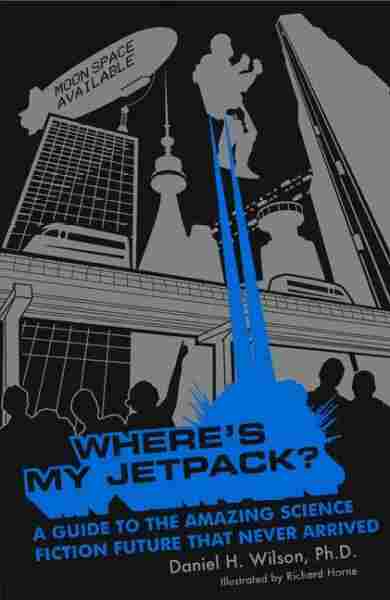 A Guide to the Amazing Science Fiction Future that Never Arrived