Accessibility links
Tom Folsom And The Great Red Hook Mafia Wars The Mad Ones is the tale of real-life gangsters Larry, Albert "Kid Blast" and "Crazy" Joe Gallo — a Mafia clan that inspired Bob Dylan's "Joey" and were a major inspiration for The Godfather. 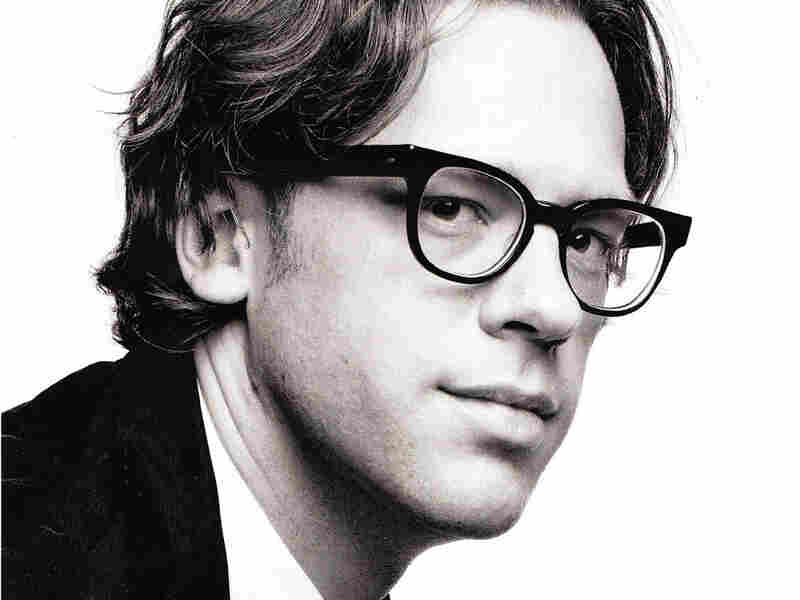 Tom Folsom is author of The Mad Ones and co-author of Mr. Untouchable. Mark Seliger hide caption 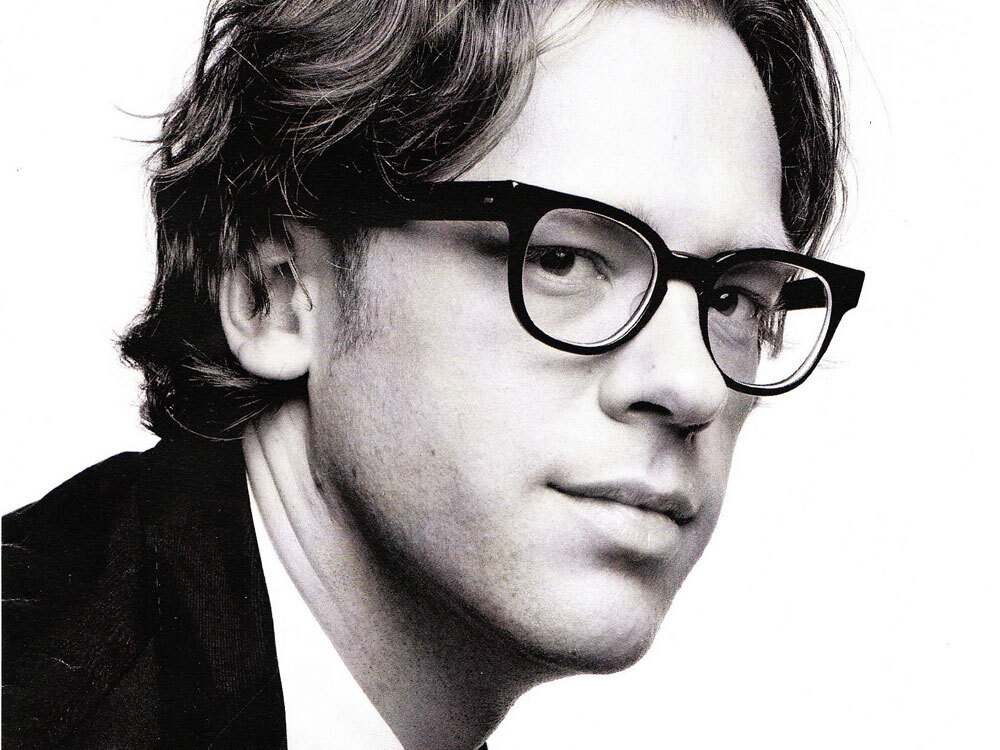 Tom Folsom is author of The Mad Ones and co-author of Mr. Untouchable.

Murder, gang wars and Mafia dons all appear in Tom Folsom's new book, The Mad Ones: Crazy Joe Gallo And The Revolution At The Edge Of The Underworld.

A look at the real-life Gallo family — a gangster clan that inspired Bob Dylan's song "Joey" as well as The Godfather — The Mad Ones looks at Larry, Albert and "Crazy" Joe Gallo as they war against established crime families and take over the Red Hook neighborhood of Brooklyn in the '50s and '60s through a variety of colorful and brutal means.

Folsom co-authored the book Mr. Untouchable: The Rise, Fall and Resurrection of Heroin's Teflon Don, about drug kingpin Nicky Barnes; his film credits include The Road to Gulu for Showtime, The Lost Generation and Ernest Hemingway: Wrestling with Life for A&E Biography and Neo-Noir, a short film for the Sundance Channel.

Excerpt: 'The Mad Ones' 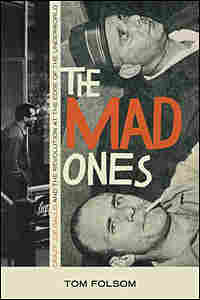 The Mad Ones: Crazy Joe Gallo and the Revolution at the Edge of the Underworld
By Tom Folsom
Hardcover, 288 pages
Weinstein Books
List Price: $24.95

The body rested comfortably in tufted velvet eggshell, dressed in a double-breasted navy blue pinstripe suit with a dark blue shirt and deeper blue polka-dot tie. A bouquet lay below the folded hands, right over left, the right ring finger decked out in a large square blue stone. A gold cross and chain hung around the neck. A lithograph of Jesus hung on the bright pink curtain behind the bier.

Carmella knelt beside the bronze coffin at the private family viewing in the baroque Morgan Room, paneled in dark wood with ornamental wallpaper. Dim chandeliers hung from the high ceiling. Among the wreaths of red roses, orchids, and yellow and white chrysanthemums, a book made of flowers lay open on a stand, spelling out in petals, "To My Brother, Joey Gallo."

For nearly an hour in the funereal quiet, Carmella stroked her brother's slicked-back hair and kissed the mole on his cold cheek. Joey could've taken the Gallos to greatness in a dynasty to match the Kennedys. The papers wrote only the bad things about him, but Carmella knew the possibilities, cut short by a hail of bullets at Umberto's Clam House in the heart of Little Italy.

"Blood in the streets!" screamed Carmella. "The streets are going to run red with blood, Joey!"

The night before, a doctor had been sent to Mary's woodframe, asbestos-shingled rooming house in a rundown section of Flatbush to administer tranquilizers. He walked in and saw a bunch of guys standing around. He was told not to say much.

"What happened to her son?" asked the doctor.

"He had an accident," said one of the guys.

Mary's portly and bald seventy-one-year-old husband now sat on a chair in the corner of the funeral parlor.

According to an FBI informant, Umberto, the bootlegging father of the three notorious Gallo brothers, "raised his sons to be hoodlums and killers," "encouraged them in their criminal activities," and influenced them to "remove all competition in their illegal enterprises." His eldest, Larry, was buried with a thick purple ring around his neck, seared into his flesh by a manila cord. The baby of the family, Kid Blast, was the last living son. Handsome, with thick muttonchops down his cheeks, Blast dutifully attended to his grief-stricken mother. Mary cursed at a woman whispering consolation in her ear and renounced the heavens, shouting, "Jesus Christ? Jesus Christ? You know I don't believe in Jesus Christ!"

On this clear blue Sunday in South Brooklyn on April 9, 1972, two hundred mourners filed into the Morgan Room to say goodbye to Joey.

Jacques Levy, the shaggy-haired director of the madcap off-Broadway play Scuba Duba, stood before the bier. Years later, during a late night with Bob Dylan, Levy would recount this sad day when sitting down to write "Joey," an elevenminute ballad on the flip side of the Hurricane Carter story on Dylan's album Desire.

"I never considered him a gangster," said Dylan of Joey. "I always thought of him as some kind of hero in some kind of way. An underdog fighting against the elements." Dylan crowned his eponymous hero "King of the Streets," nobler than the fool in The Gang That Couldn't Shoot Straight, the gangster farce by hard-boiled newspaperman Jimmy Breslin. Inspired by the Gallo gang, the novel featured a band of ragtag crooks led by Kid Sally Palumbo, played in the film version by the city's favorite lanky actor, star of stage and screen, side-burned Jerry Orbach.

Orbach made his name over a decade before playing El Gallo, the bandit star of the hit musical The Fantasticks. Looking down on his dead friend, he couldn't help but regret playing Joey as such a bumbling idiot in The Gang That Couldn't Shoot Straight.

"Breslin's book had portrayed Joey as a clown," Orbach told Time magazine. "Then when I met Joey, I was absolutely amazed to find out that maybe he had been a wild kind of nut before he went to prison, but something had happened to him inside."

"Joey had an intense sense of destiny," added Jerry's wife, Marta. "If he was truly marked for dying, this old-fashioned way-in style-would have been a point of honor to him. He was afraid he would choke on a piece of steak or slip in the bathroom."

Marta and Joey forged a friendship over hours in the kitchen of her Chelsea brownstone. She towered over him as he sipped his coffee spiked with anisette. Joey affectionately nicknamed her the Big Job. "I loved Joey. I've said that from the moment I met him. He was like a member of my family," Marta told Women's Wear Daily, the foremost authority on the newest rage in New York City. Radical chic was out. Gangster chic was in.

"He almost became one of the Beautiful People," dapper author Gay Talese told WWD. "I went to a dinner party about a month ago in the home of Linda Janklow and all they did was talk about Gallo."

High society had more to chew on after Joey's murder, which sent "a shudder throughout the social and literary circles of New York," reported WWD. Susan Sontag, the skunkhaired voice of the city intelligentsia, regretted her missed opportunity. "I wish I'd had the chance to talk to Joe Gallo before he died," she said.

Ironically, Jimmy Breslin was to be the keynote speaker for the upcoming A. J. Liebling Counter-Convention-a gathering of journalists who revolutionized reporting in a fictioninspired style known as New Journalism. Joey was supposed to be the mystery guest. The convention's chairwoman, Nora Ephron, was "not to tell a soul," she later revealed to the Washington Post, "because they might come here and shoot him."

Joey had been slated to join writer Gore Vidal, radical Abbie Hoffman, film director Otto Preminger, and political powerhouse Bella Abzug to discuss the topic "How They Cover Me." His death made for page one news. Paparazzi staked out spots to pop off the bereaved coming in and out of Guido's Funeral Home. Tough guys threatened a New York Post photographer, leaving Pete Hamill, already a tabloid veteran in his mid-thirties, to paint the scene in his column.

"The first time I saw Joe Gallo," wrote Hamill, "he was standing against the far wall of the Ace Pool Room on Church Ave. in Brooklyn. He was wearing a wide-brimmed pearl gray gingerella hat, a dark blue shirt with a white tie. A few of the Irish guys laughed when they saw him; he looked too much like Richard Widmark in Kiss of Death to be true, but then someone suggested that we shouldn't really laugh. The guy's name was Joe the Blond and he was packing a gun."

Joey was a little guy, listed by the NYPD as 5 feet 6 inches. Small, like the toughest guys in the B-pictures, Jimmy Cagney or George Raft, the steely henchman in the original gangster epic, Scarface. In his teens, ruling the corner of Fourth Avenue and Sackett Street as King of the Cockroach Gang, Joey flipped a silver dollar, Raft's signature move. Joey wasn't going to be stealing copper piping from Brooklyn brownstones for the rest of his life. He was going to make it to the big town. Give big lunks the score.

"I could have worked my way up to head soda jerk at Whelan's Drugstore," said Joey, "but what kind of life is that for a guy like me?" 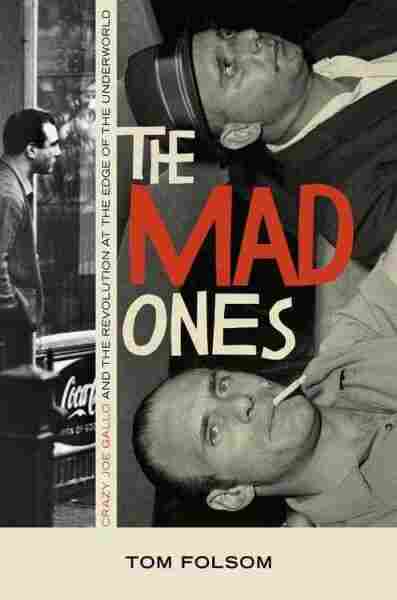