Read An Excerpt From 'Fahrenheit 451'
Tim Hamilton/Hill and Wang 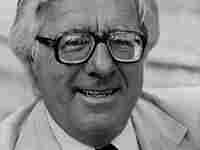 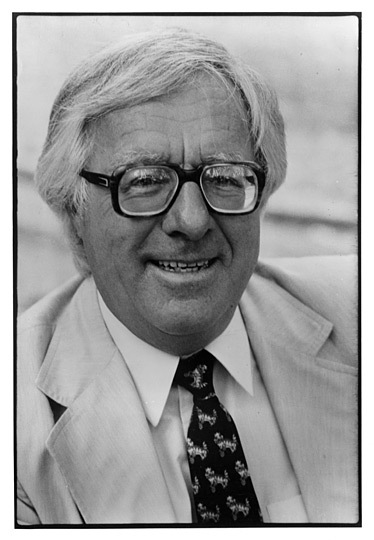 Ray Bradbury, an avid fan of graphic novels and comics, says he wholeheartedly approved of Tim Hamilton's adaptation of Fahrenheit 451.

When Ray Bradbury was 15 years old, he saw images of books being burned in Hitler's Germany.

"It killed my heart and killed my soul," he says, "and the memory of Hitler burning the books caused me to sit down and write Fahrenheit 451."

Bradbury's novel imagines a future where firemen don't put out fires but, rather, set them in order to destroy books. It is the story of one fireman, Montag, who meets a strange young girl named Clarisse and begins to doubt the morality of his mission.

First published in 1953, it is now being released in an entirely new form: as a graphic novel.

This isn't the first time the book has been adapted for a new medium. In 1966, Francois Truffaut made it into a film starring Julie Christie and Oskar Werner. Though the movie made a few significant departures from the book, Bradbury supported Truffaut's interpretation of his story. And now he has given his full backing to the graphic adaptation. For Bradbury, a comic book collector since age 9, the idea is exciting.

"Buck Rogers came into my life in October of 1929," he says. "So you see, I have a strong interest in illustration, and a graphic novel is part of my life." 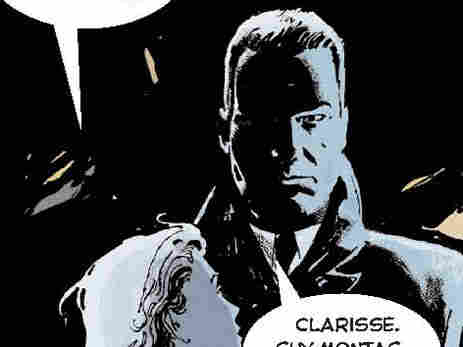 Read An Excerpt From 'Fahrenheit 451'

In graphic novels, the art takes over a lot of the work from the writing. A good graphic novel, says book reviewer and NPR comics blogger Glen Weldon, happens when there's a tension between the text and the image. A graphic adaptation of a novel like Fahrenheit 451 is more than just an illustrated version of the original.

Says Weldon, "You're taking this prose — and in the case of Fahrenheit 451, it's Bradbury prose, so it's very rich, it's very evocative, it's filled with figurative language — and you're transforming it. You're not simply taking Bradbury's prose, cutting and pasting it into a book and running pictures around it".

The artist who adapted the novel, Tim Hamilton, says he initially found the idea of taking on such a well-known book intimidating. Hamilton did not collaborate with Bradbury, but he did get some sense of what the author thought the book should look like. 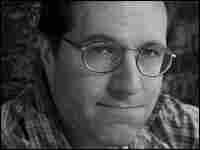 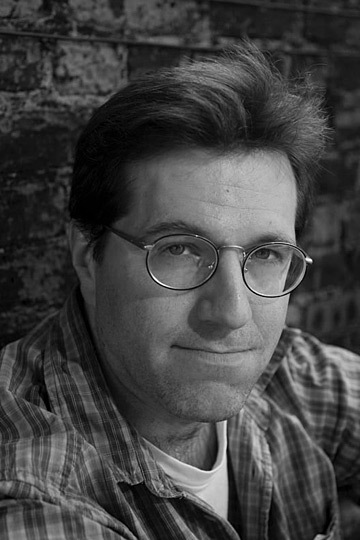 Besides taking on Fahrenheit 451, Tim Hamilton has also produced a 2005 graphic novel adaptation of Treasure Island.

"He wanted the book to be the future as seen through the eyes of the '50s," Hamilton says. "And I agreed that it shouldn't look like a bizarre future you wouldn't recognize, because I feel Fahrenheit is a fable for anytime."

Hamilton says figuring out what worked best visually, and what had to be cut, was like a puzzle.

"I sat at home, or I sat at a coffee shop, reading the book numerous times and finding out the parts that you have to take out — as I'm sure you've seen movies made out of your favorite book, you know they have to leave out some parts in order to condense it to two hours. I actually don't like doing that, it's a conflicting feeling within me, but I can take these visual scenes and illustrate them," Hamilton says.

Apart from the images, Hamilton manages to retain much of the power of Bradbury's original words, and even includes verbatim one passage that explains how things came to be in this future world and notes that, while books are banned, comic books are not:

Books, so the damned snobbish critics said, were dishwater. No wonder books stopped selling, the critics said. But the public, knowing what it wanted, spinning happily, let the comic books survive. And the three-dimensional sex magazines, of course. There you have it. It didn't come from the government down. There was no dictum, no declaration, no censorship, to start with, no! Technology, mass exploitation, minority pressure, carried the trick.

The book has the look of a classic comic. Hamilton deliberately limited his color choices, so much of the book is in muted tones of blue, green and gray. But that is punctuated by the fire scenes, which reflect some of the most memorable passages of the original novel.

"A lot of the stuff that you really remember about the book is the description of fire," Glenn Weldon says, "the way he characterizes it as sort of this beast that hungers and breathes. So, in the graphic novel, Hamilton decides that he can kind of do some of that work by creating fire as a many-tendrilled creature. And the pages where there's fire in the book are some of the most brilliantly colored, some of the most dynamic pages, as you would imagine."

The book, Weldon says, is really only one interpretation of the novel. So purists shouldn't worry: It will never replace the original. 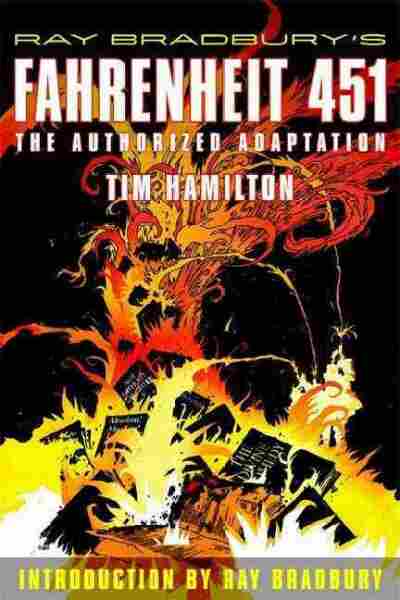 by Tim Hamilton and Ray Bradbury