Accessibility links
You Say Tomato, I Say 'Love Apple' The French used to call them pommes d'amour: apples of love. And essayist Diane Roberts says there's nothing better — or more dangerous — than a red, ripe tomato. 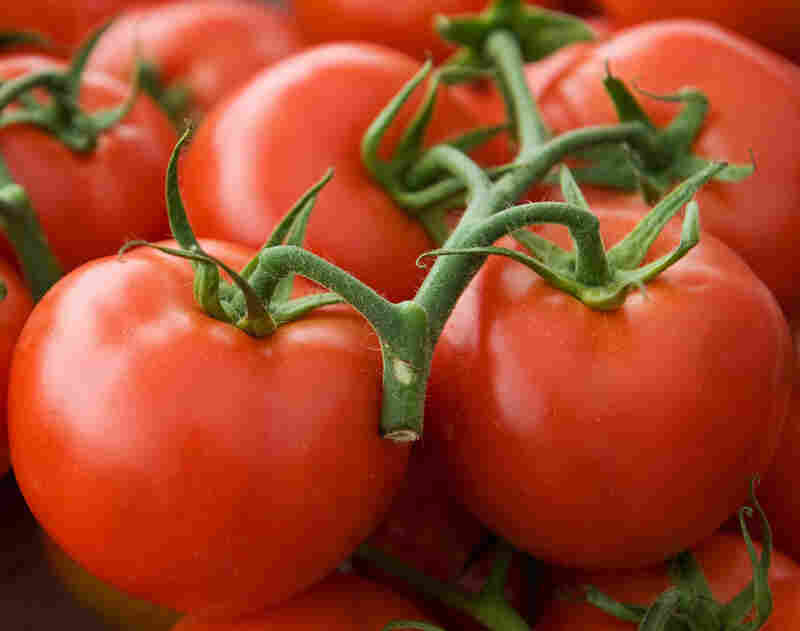 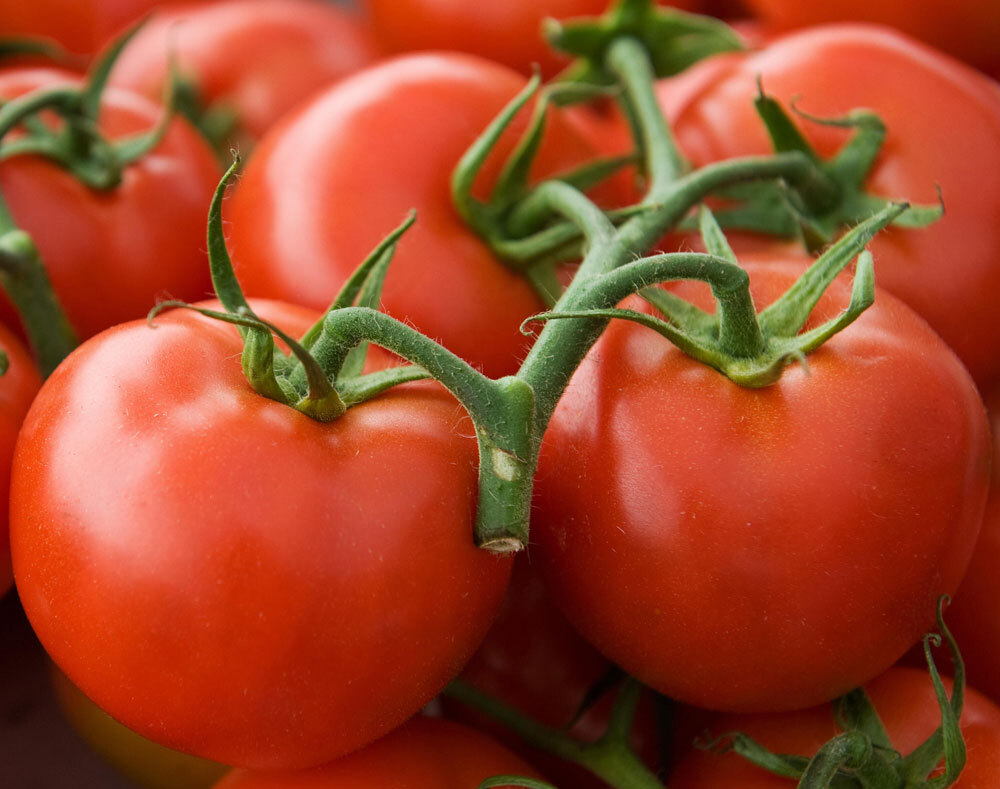 Pennsylvania-grown hydroponic tomatoes sit on a table for sale at an open-air farmers' market on July 6, 2008, in Fairfax, Va.

The French used to call them pommes d'amour: apples of love. The Italians named them pomi d'oro: golden apples. Maybe they were thinking of the golden apples of the Hesperides, given by Gaia, the Earth mother, to Hera, queen of the gods, and grown in a garden at the edge of the sunset.

After all, tomatoes came from the mystical West, where the Aztecs cultivated them and ate them mixed with chiles.

When the Spanish brought tomatoes to Europe in the 16th century, people didn't know what to make of them: They might be poisonous. On the other hand, they might be some kind of aphrodisiac like the mandrake plant.

The enigmatic tomato belongs to the same family as tobacco and the toxic, deadly nightshade, but that just adds to its glamour. Sex, death and cigarettes: Eden's forbidden fruit should have been a tomato.

Here in North Florida, tomato worship is our warm-weather religion. Fields and farmers' markets are piled high with tomatoes in colors from amethyst to chartreuse, smelling of heaven. We raise our own in backyard vegetable patches; we eat them raw with a little rice vinegar, cooked in a tart or simmered in a sauce.

Some aficionados love tomatoes so much they want to wallow in that juicy, aromatic flesh. A local bar just down the road in Quincy, Fla., has been known to stage a tomato-wrestling contest. Some places like wet T-shirt competitions; the Bottom of the Hill Lounge prefers women dropping bodyslams in a huge vat of Bonny Bests.

I could never stand to see tomatoes treated that way. Just thinking about it makes me hungry. And it's almost lunchtime. Out in the vegetable patch, the Brandywines are as red as raw steak. The Juliets are as ripe as their Shakespearean namesake, and the Arkansas Travelers are blushing pink. They're practically rolling off the vine.

This is the voluptuous, dangerous, passionate taste of high summer.