Accessibility links
Szymborska's 'View': Small Truths Sharply Etched Adam Gopnik says the Nobel Prize winner isn't merely a poet: She's "a necessary writer, as necessary as toast," adept at delivering "a small truth articulated as a sharp ironic point" — and "an emotion given a shape neither all too familiar nor all too abstract." 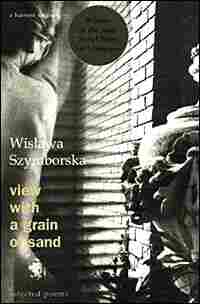 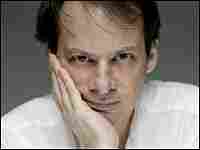 Award-winning journalist Adam Gopnik speaks with wit, eloquence and insight on modern culture. He is the author of the best-selling Paris to the Moon and Through the Children's Gate: A Home in New York; the latter follows his family as they travel home from Paris to New York in a mood of hope and adventure, only to live through the events of Sept. 11. He writes for The New Yorker.

Every other year, it seems, the Nobel Prize in literature goes to an obscure European writer, full of hard consonants and solemn purposes, whom we all agree to honor for a day and forget all about right after.

This list of the Great Obscure is long, but the bright exception to it is the Polish poet Wislawa Szymborska, who won the Nobel in 1996. Szymborska is not merely a great writer, like many others; she is a necessary writer, as necessary as toast. Every month, it seems, I give to someone a copy of one of her books and get for her work, in response, not mere admiration or respect but eyes alight with delight, recognition, laughter and that special kind of happiness that comes from seeing a small truth articulated as a sharp ironic point, an emotion given a shape neither all too familiar nor all too abstract.

No one could possibly have chosen a worse time to arrive on the planet, or a harder place to arrive. Born in 1923, and spending most of her life in the Polish city of Krakow, she survived the Second World War as a railroad worker, and then spent the long years of the Russian occupation as one of the more discreet kinds of dissident.

Yet her exposure to the pain of history did not turn her into a poet of history in the usual sense. She lived through some horrible times, but rarely wrote about them directly. Her experience, instead, deepened her commitment to the belief that the poetic impulse, however small its objects, is always saner than the polemical imperative, however passionate its certitudes.

Her poems take small subjects and make much of them. In her poetry, a child about to pull a tablecloth from a table becomes the type of every scientist beginning an experiment; a visit to the doctors, with its stripping down and piling on of clothes, a metaphor for all we go through in the company of the odd mechanisms of our naked bodies; she ponders the onion's many layers, and the inner life of Hitler's dog.

In the poem that I used for the epigraph for my own latest book, she writes all about the range of human difficulties, over time, that make the decision to have a child impossible at any moment. We just can't do it, it's the wrong time; and yet, we do. (Read "A Tale Begun.")

And I have always been moved and inspired by the text of her Nobel Prize acceptance speech, in which she takes on the "astonishment" of normal life:

"Astonishing" is an epithet concealing a logical trap. We're astonished, after all, by things that deviate from some well-known and universally acknowledged norm, from an obviousness we've grown accustomed to. Granted, in daily speech, where we don't stop to consider every word, we all use phrases like "the ordinary world," "ordinary life," "the ordinary course of events." ... But in the language of poetry, where every word is weighed, nothing is usual or normal. Not a single stone and not a single cloud above it. Not a single day and not a single night after it. And above all, not a single existence, not anyone's existence in this world."

That's Szymborska's faith. I have a hard time knowing how I would get through a single ordinary day without her poetry.

The world is never ready

for the birth of a child.

Our ships are not yet back from Winnland.

We still have to get over the S. Gothard pass.

We've got to outwit the watchmen on the desert of Thor,

fight our way through the sewers to Warsaw's center,

and wait until the downfall of Minister Fouche.

can we begin anew.

We've run out of bandages,

This skinny horse won't be enough to bribe the sheriff.

No news so far about the Tartars' captives.

and someone who can speak Harari.

We don't know whom to trust in Nineveh,

what conditions the Prince-Cardinal will decree,

which names Beria has still got inside his files.

They say Karol the Hammer strikes tomorrow at dawn.

In this situation let's appease Cheops,

report ourselves of our own free will,

pretend to be friends with the Doge

and say that we've got nothing to do with the Kwabe tribe.

Time to light the fires.

Let's send a cable to grandma in Zabierzow.

Let's untie the knots in the yurt's leather straps.

May delivery be easy,

may our child grow and be well.

Let him be happy from time to time

and leap over abysses.

Let his heart have strength to endure

and his mind be awake and reach far.

But not so far

that it sees into the future.

Excerpt from View with a Grain of Sand, copyright © 1993 by Wislawa Szymborska, English translation by Stanislaw Baranczak and Clare Cavanagh copyright © 1995 by Harcourt, Inc., reprinted by permission of the publisher. 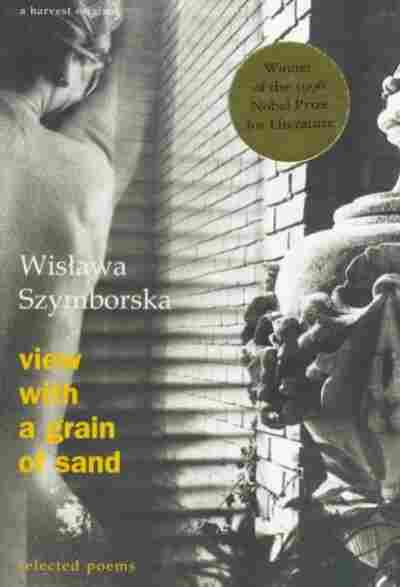 View With a Grain of Sand