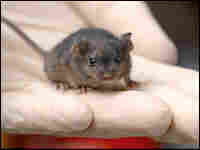 Researchers found a way to use skin cells from a mouse to create stem cells like that of an embryo. Sam Ogden/MIT hide caption 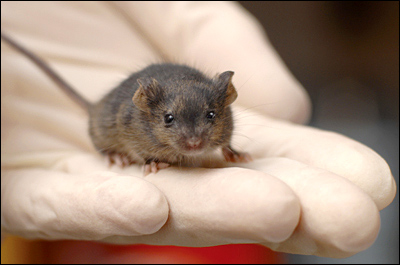 Researchers found a way to use skin cells from a mouse to create stem cells like that of an embryo.

'Nature' Article on the Study

Right now, a woman's eggs are considered a necessary ingredient for one of the most promising directions for stem cell therapy — creating stem cells tailored to an individual patient. But human eggs are in short supply, and using them is ethically contentious. Now two groups of scientists report that they've found ways to make the cells without starting with an unfertilized egg.

At Whitehead Institute in Boston, researchers have succeeded in modifying a skin cell so it behaves like an embryonic stem cell. And at Harvard University, scientists have shown that it's possible to make clone mice from previously fertilized eggs.

Dolly the cloned sheep proved that an egg could do something truly remarkable: It could transform the DNA in an adult cell into the DNA of an embryonic cell. And those so-called embryonic stem cells can, in theory, be used to make any cell that might be needed to treat a patient's disease.

Rudolf Jaenisch, a stem-cell biologist at the Whitehead Institute, has spent the past several years trying to accomplish that same transformation in the laboratory — without an egg.

By "problems" he means that it is difficult to find enough human eggs. And the fact that making an embryonic stem cell requires destroying an embryo has stirred controversy.

So, working with mice, Jaenisch has been searching for alternatives.

His latest approach was first attempted last year by Japanese scientist Shinya Yamanaka, who found that four genes appear to be crucial for transforming an adult cell into an embryonic cell.

Jaenisch and other scientists, including Yamanaka, have confirmed that if they take a mouse skin cell and switch on those four genes, they get a new kind of cell.

"When we analyzed them, they were indistinguishable from normal embryonic stem cells," Jaenisch said.

His findings are reported in the journal Nature. He is trying to adapt the approach to human cells.

He spoke Wednesday at a teleconference organized by Harvard.

"You can use cells from very early fertilized embryos to do the same things we thought only unfertilized eggs would do in the past," he said.

And it doesn't even have to be a healthy fertilized egg, he said. Even an egg that has the wrong number of chromosomes will work.

That could help solve the problem of getting human eggs, because fertility clinics often have eggs with abnormal chromosomes.

"Those embryos are always set aside or discarded because they can never make a child — they can only make an abnormal fetus that would fail," Eggan said.

His work also appears in this week's Nature. He says his lab has already begun experimenting with the damaged human eggs.

Hurlbut is a member of the President's Council on Bioethics, a body that has wrestled with the moral dimensions of stem cell research. He said Jaenisch's work that dispenses with eggs and embryos altogether could change the debate.

"And it shows that there are alternative ways to get these cells without overriding the moral objections of a large, large number of Americans," Hurlbut said.

Perfecting those ways will take some time, and many scientists are content to work with embryonic stem cells that exist today, whether or not some people object to the way they are procured.