Accessibility links
Teens, Sex and the Law: Genarlow Wilson A Georgia judge called Genarlow Wilson's 10-year sentence for consensual teen sex "a grave miscarriage of justice" and ordered him released from prison. But the former high school football star and scholar remains behind bars following a notice of appeal. B.J. Bernstein, Wilson's attorney, talks about the case that is stirring national debate. 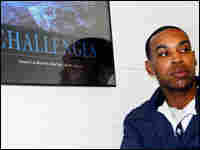 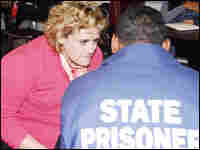 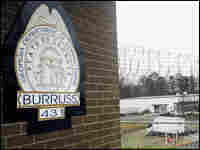 In response to the order of Monroe County Superior Court Judge Thomas Wilson granting habeas relief to Genarlow Wilson, A.G. Baker announced that in order to resolve clearly erroneous legal issues created by the order, his office has filed a notice of appeal this afternoon. Baker will also seek expedited treatment of the appeal before the Georgia Supreme Court so that all legal impediments to Wilson's case can be resolved without undue delay. Judge Wilson's order struck Genarlow Wilson's original sentence, and then purportedly went on to sentence Genarlow Wilson to a misdemeanor. The law in Georgia is clear that while a habeas court may grant habeas relief, there is absolutely no authority for a habeas court to reduce or modify the judgment of the trial court, in this case, the Superior Court of Douglas County.

While fulfilling his constitutional obligations to represent the state in this habeas matter, Attorney General Baker has also attempted to bring the defense lawyers and Douglas County prosecuting attorneys together in hopes of reaching a resolution in this case. As recently as this past weekend, the Douglas County District Attorney's office offered Genarlow Wilson's attorneys a plea deal that would have allowed Genarlow Wilson to plead to First Offender Treatment, which would mean that he would not have a criminal record nor would he be subject to registering on the sex-offender registry once his sentence had been completed. The plea deal, if accepted by Genarlow Wilson's lawyers, could also result in Genarlow Wilson receiving a sentence substantially shorter than the 10-year mandatory minimum sentence for which he was originally sentenced, possibly leading to his release based upon time already served. Genarlow Wilson, through his attorneys, rejected all of those offers. The District Attorney's office has indicated that the plea offer will remain available to Genarlow Wilson notwithstanding the appeals process.