Hear the Refugee All Stars: 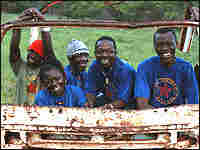 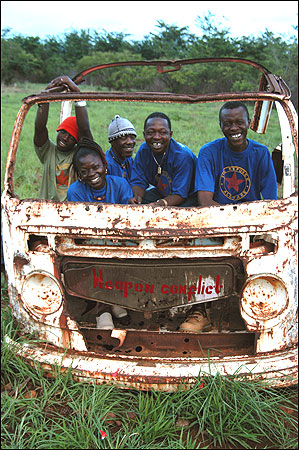 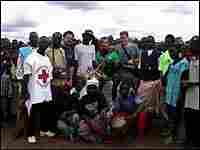 The Refugee All-Stars formed after civil war forced a collective of Sierra Leone musicians into refuge in the Republic of Guinea. The 11 performers, led by vocalist and songwriter Reuben Komora, were discovered in a documentary film by Zach Niles and Banker White. Niles and White traveled to Guinea to shoot a feature on music in the refugee camps, where they came across a polished group of performers in the Sembakounya Refugee Camp belting out the distinctive tune "Living Like a Refugee." They became the stars of the film, which was financed in part by rock legends Keith Richards, Paul McCartney and Graham Nash.

The film has gone on to tour at film festivals and win numerous awards, while the band has become an overnight sensation. It recently recorded a full-length studio album of traditional, infectious, up-tempo Afro-beat, native folk and reggae sounds, appropriately titled Living Like a Refugee.