Accessibility links
Behind a Nazi Plot to Seize the Pope In September 1943, Hitler hatched a secret plan. Author Dan Kurzman relates the foiled plot in A Special Mission: Hitler's Secret Plot to Seize the Vatican and Kidnap Pope Pius the XII.

Listen
Behind a Nazi Plot to Seize the Pope 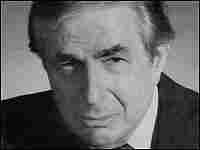 Author Dan Kurzman was the first journalist to interview Gen. Karl Wolff, the Nazi SS leader in Italy, following his release from prison after the war. James Kriegsman hide caption

In September 1943, the tide of the war was turning against the Nazis, and a secret plan to kidnap — and possibly kill — Pope Pius XII was under way.

Adolf Hitler, whose mental condition was deteriorating, feared the Pope would speak out about Nazi actions against the Jews, and ordered his SS leader in Italy, Gen. Karl Wolff, to carry out the deed.

Author Dan Kurzman relates the secret plan in his new book, A Special Mission: Hitler's Secret Plot to Seize the Vatican and Kidnap Pope Pius the XII. Kurzman, a former foreign correspondent for the Washington Post, was the first journalist to interview Wolff following his release from prison after the war.

Kurzman describes Wolff as a successful opportunist who earns both the confidence of Hitler and of the pontiff himself, whom Wolff warned about the plot during a secret meeting at the Vatican in 1944. Wolff and others in Rome hoped to use the pope as an intermediary for a negotiated peace and an Anglo-American-German campaign against the Soviets.

A Special Mission also touches on the 1933 Nazi-Vatican Concordat, the roots of Pius's silence on the murder of the Jews and the role of Rome's chief rabbi, Israel Zolli, who ultimately converted to Catholicism. 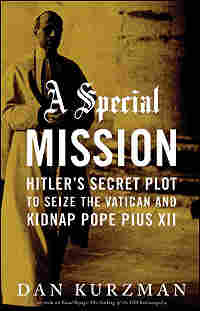 In May 1945, as the war in Europe wound down, American troops were handed a prized catch. General Karl Wolff, the supreme SS commander in Italy, not only surrendered himself but the entire German army based in that country. Now he expected to be treated with the dignity and deference a man of his stature deserved; after all, he had acted even without the approval of his boss, Adolf Hitler—who had viewed him, he would proudly recall, as the ideal Aryan warrior.

Wolff looked the part, with his tightly combed blond hair that receded from a high forehead, piercing blue eyes with their hint of irony, and thin lips that were almost perpetually curled in a faintly mocking smile. He also exuded a personal charm that gave the SS a human face and even a touch of playboy glamour. Hitler, however, was attracted not just by Wolff's persona; more important, he was convinced of his unequivocal loyalty to him.

Although the general owed his meteoric career to the Führer, he had begun, more than a year earlier, to sense that Germany would lose the war, and had decided that at an opportune time he would abandon his patron and escape the vengeance that the enemy would surely wreak upon the vanquished.

But never in his wildest dreams did Wolff imagine that as a prisoner he would be savoring the peace and comfort he felt now that his lanky, slightly stooped body would be stretched out in a cane deck-chair as he inhaled the sweet scent of roses on a sunlit terrace of the Duke of Pistoia's palace in the Italian resort town of Bolzano. What a wonderful springtime in the Alps!

"It's really rather pleasant here, Eugenio," he mused with understated enjoyment to SS Colonel Eugen Dollmann, a Nazi intelligence officer and fellow prisoner, who had assisted him in the surrender negotiations.

It was the general's forty-fifth birthday, May 13, and what a welcome gift this was.

But to Dollmann, an aristocrat with more sensitive instincts, the day was not yet over. "I have a feeling," he warily responded, "that this is going to be your last birthday in sunny Italy, Herr General."

Wolff disagreed. The Americans he had negotiated with liked and trusted him. Just a day earlier, top American intelligence officials who had visited him seemed about to pin another medal on his SS jacket when he had driven them to a nearby village where he had stored art treasures from museums in Florence that he had kept out of the hands of partisan mobs—paintings by such great artists as Raphael and Rubens, sculptures by Michelangelo and Donatello.

And look at the "vacation" they had given him. At least it seemed like one, especially when his tall, blond, Teutonically reserved wife, Maria, the former Countess Bernstorff, called them for lunch while rounding up their four children playing and picking flowers in the garden.

Staff officers of his once-murderous SS, dressed in their newly pressed uniforms, then drove up to congratulate Wolff on his birthday and share in a feast of champagne and delicacies while saluting back to a squad of men who presented arms as they might at a parade. The cry—"Happy birthday, Herr General"—echoed across the fields that were, paradoxically, dotted with American army tents just beyond a hedge of roses.

What a party! Everyone was amazed. Had Germany really lost the war? Wolff had given the American Fifth Army's 38th Division "permission" to set up a command post, and GIs watched in amazement while their prisoners drove through the streets in powerful cars, fraternized with civilians, and dined in restaurants catering almost exclusively to German soldiers. Groups of fifteen or twenty members of the Hitler Youth goose-stepped down the main streets in the evening singing "Hitler Is My Führer" and the Horst Wessel Lied. Even a German newspaper was printed for several days.

And now this joyous birthday party the general's men were throwing for him.

But gradually the chants of "happy birthday" faded into the rumble of approaching tanks. And before the popping champagne bottles could be emptied, white-helmeted American military policemen broke into the dining room, pointing their machine-pistols at the celebrants, and shouting for them to pack a few things and get ready to leave.

Ten days earlier, an American commander had ordered his men to let Wolff and his troops behave without regulation—apparently in gratitude to Wolff for surrendering the troops in Italy to the Allies. After the surrender, Allen Dulles, chief of the Office of Strategic Services (OSS) in Switzerland, had guaranteed the safety of Wolff's family, according to an undated OSS document, and directed the general to have his family and their belongings brought from their home in Germany to Bolzano, which had been German headquarters. The Wolffs were to be "interned and later utilized in helping rebuild and reconstruct Germany."

Now, with the baffled GIs wondering who won the war, their leaders would finally make it clear to Wolff and his men: The war—and the party—was over!

The two high-ranking SS officers were jammed into a jeep, Wolff's family into another, and they were all taken to Modena camp, a mosquito-infested marshland where prisoners were forced to exercise in the nude. Wolff was shocked. He expected more of the Americans.

"The way the Americans are behaving is disgraceful," he later told Dollmann.

His disillusion grew when he was led into the courtyard of a school serving as a jail and "put into a gloomy wooden cubby hole" where "rats were squeaking excitedly and scampering around behind the rotting woodwork."

"This will very likely be our last night," Wolff observed, feeling betrayed by the Americans for apparently having forsaken him even though he himself had stooped to betrayal by serving their cause. "I have a feeling they're going to shoot us."

In desperation he approached an American officer and blurted: "You don't seem to realize who we are!"

It was perhaps fortunate for him that the officer—and his superiors—did not realize who Wolff was: the former top aide of Heinrich Himmler, the SS chief, the greatest mass murderer in history. But Wolff felt that his opportunistic abandonment of Hitler should have earned him a place in the enemy's good graces, even if they no longer gave him a rose garden.

Neither Wolff nor Dollmann was shot, but the general would later tell of "horrible incidents" and "even suicides of fellow prisoners" in the American camps: "I have myself seen one of my comrades go mad, really mad."

As he waited to die in a cell that would have seemed palatial to those whom Wolff "didn't see" die in the concentration camps he had helped to administer, he wondered whether he, too, might go mad. Did he deserve this? Had he not brought an end to the war in Italy, and even risked his life foiling a plot by the Führer to kidnap Pope Pius XII and plunder the Vatican?

Excerpted from A Special Mission: Hitler's Secret Plot to Seize the Vatican and Kidnap Pope Pius the XII. Published by Da Capo Books, a member of the Perseus Books Group. All rights reserved. 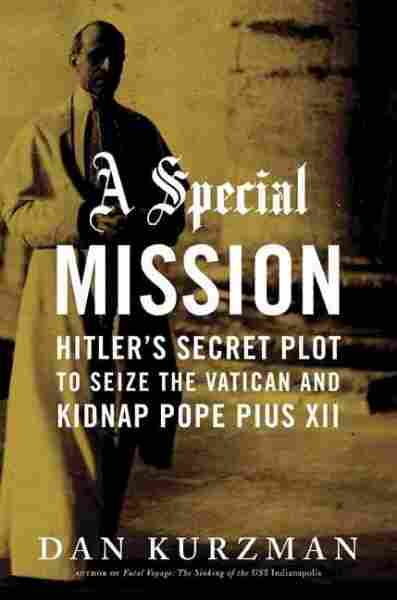