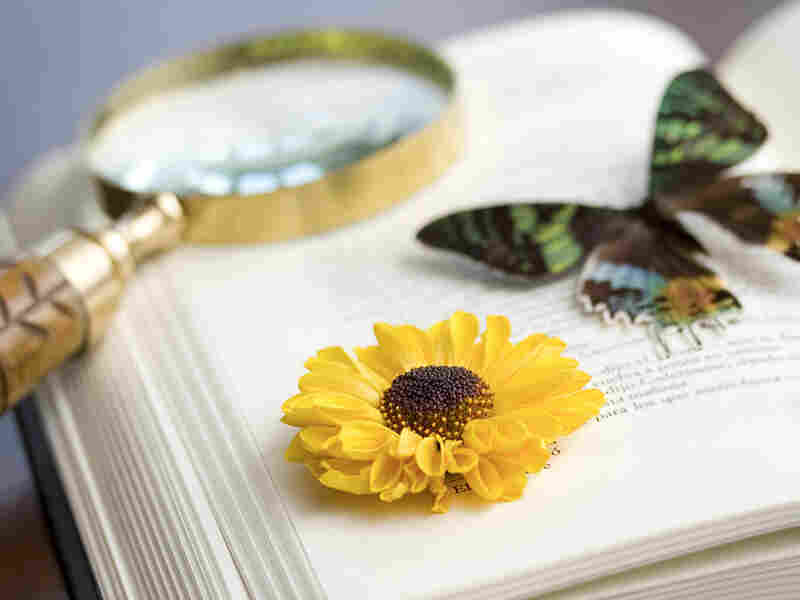 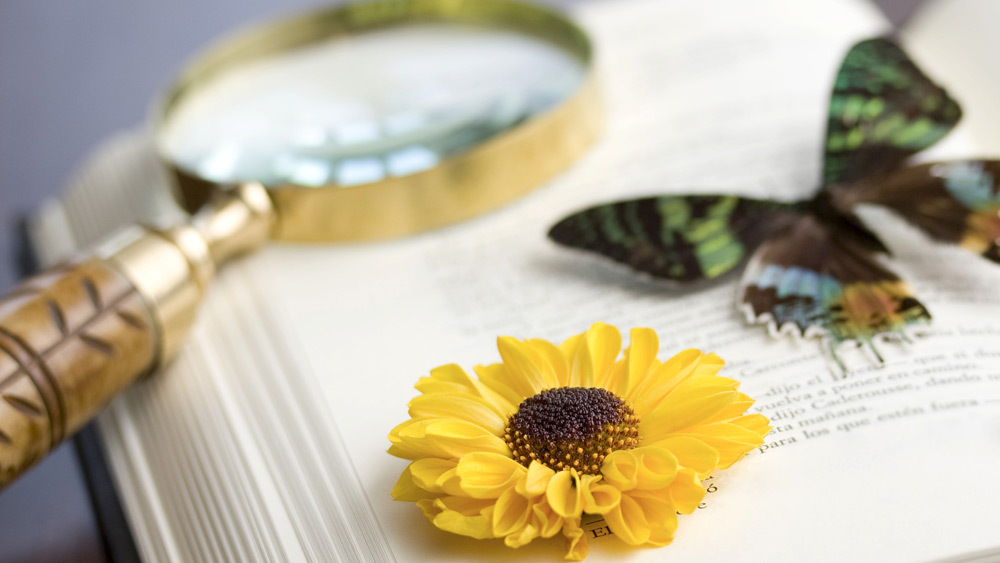 In the Science section of the book store I stop, eyes wide, teased by the brightly colored illustrations of brains, skeletons, plants. There are books by surgeons, books on the subatomic world, books from space. My fists clench in frustration. I can't read all these books, never mind buy them!

For science lovers who know this feeling well, NPR's Science Desk has assembled a list of some of the year's most fascinating reads. The authors represented below pull diverse topics — long distance running or butterflies, for example — out from their everyday contexts, leaving you with the feeling that you really never knew anything about them at all. Some of these books offer page-turning narratives and compelling characters. Others introduce forgotten histories and rituals of unknown cultures that will make you just stop and blink. The real world, after all, is stranger than fiction.

'The Dangerous World Of Butterflies'

The Dangerous World of Butterflies: The Startling Subculture of Criminals, Collectors, and Conservationists, by Peter Laufer, hardcover, 288 pages, The Lyons Press, list price: $24.95 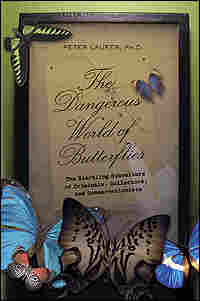 Imagine this process: After increasing her body weight 27 times and dangling upside down from a leaf, the fattened caterpillar swaddles herself in silk. Every cell in her body spontaneously liquefies like melting ice cream. Then, through a two-week process little understood by scientists, the insect soup is reconstituted into the resplendent, winged icon of flawless aerodynamic design: the butterfly.

But it's the dangerous circumstances that await this newly metamorphosed insect that captures writer Peter Laufer's attention. Females can be "raped" by males waiting for them to burst out of the cocoon. They may be flash-frozen before the first sip of nectar by butterfly poachers who sell their flashy appendages en mass to collectors, artists, and entomologists.

While butterflies could seem too whimsical a subject for a long-time war reporter, Laufer's adventurous chapter on tracking down Yoshi Kojima, the world's most notorious butterfly smuggler, will make you reconsider. Then there is the unfortunate clash between the Bush administration and butterfly conservationists. Or the crunch of butterfly pupae tacos at a Mexican ritual. In this absorbing and far-reaching chronicle, Laufer applies his insatiable journalistic appetite to exploring the crossroads where humans and butterflies meet.

'Newton And The Counterfeiter' 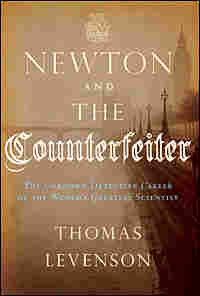 The scene is 17th-century London's pestilent underbelly, riddled with pickpockets and quack doctors, the stink and groans from the Tower of London, brothels and drunkards. Petty criminals are shaving the edges off coins and melting the silver. Counterfeit coins litter the circulating currency. A serious gambler runs London's Royal Mint. But in 1696, a new Warden of the Mint takes over, and, breaking out of the job description, goes about cleaning up the mess. His name is Sir Isaac Newton.

"Isaac Newton?" science writer Thomas Levenson rightly asks at the start of his new book. "What had the man who had brought order to the cosmos to do with crime and punishment, the flash world of London's gin houses and tenements, bad money and worse faith?"

That's exactly the question that's been simmering in Levenson's mind for a decade. And the result is this inventive biography with a healthy dose of page-turning detective drama. Writing with the sharp eye of a historian, Levenson pulls you into the unexamined life of this brilliant scientist-turned-dogged criminal investigator as he pursues the wily, counterfeiting con-artist William Chaloner.

London had no real police force or fingerprint records at the time. Newton alone had to gather enough evidence to condemn the man with a scheme to infiltrate the Mint. And he did so with no restraint, venturing disguised into London pubs to spy on Chaloner's associates. Down to the apostrophes from Newton's pen, it's a real-life thriller you don't need to be a history-buff to appreciate.

'My Stroke Of Insight' 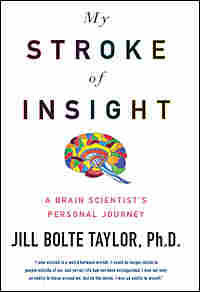 In most people the intuitive, impressionistic right hemisphere of the brain is trapped in constant conversation with the logical, chatter-box left hemisphere. Together the two halves knit together the streams of incoming sensory information to form what we call reality. Rarely do we discover what our world looks like through only one hemisphere.

When neuroanatomist Jill Bolte Taylor suffered a stroke one morning in 1996, her left brain went offline, her right brain assumed control and her journey through a profoundly altered state of "I" began. Eight years of rehabilitation later, she emerged with knowledge of her brain anatomy that no doctoral degree could grant. Over those years, she observed that without her left brain's contribution, the negative, judgmental, self-critical voice inside her head was muted, replaced by a blissful sense of oneness with humanity and lasting sense of patient acceptance.

Taylor's book offers accessible explanations of neuroscience along with recovery advice for the 700,000 Americans who suffer strokes each year. But what elevates her vivid recounting of her stroke beyond the boundaries of personal memoir is the insight of a right brain unharnessed from the left's organizing control. I, for one, still love my left brain for the analytical moments and fluency in English, but it's comforting to know that self-berating inner voice is only half of the story.

'The End Of Overeating' 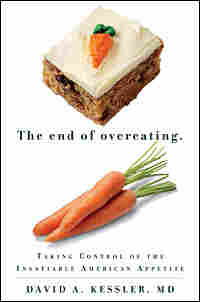 Over 60 percent of American adults are overweight. The number of obese children has tripled since the 1980s. Former FDA commissioner Dr. David Kessler pins these numbers on chronic overeating, saying that this very easy and entertaining activity is America's number-one health crisis. He noticed that no one had explained why overeating affects the U.S. so dramatically. "That was my goal in this book," he writes.

Turns out, thankfully, that we Americans are not intrinsically cursed with gluttony any more than other animals. We're only human. But, as Dr. Kessler makes startlingly clear, the American food industry has harnessed the chemistry of sugar, salt and fat to condition our brains and bodies to eat too much too quickly.

Kessler pulls his revelatory information from legions of researchers, restaurant menu consultants, an insider from the food industry and visits to the places that specialize in "hyperpalatable" cheese-oozing, ranch dressing-smothered, strawberry-glazed tongue pleasers. "What's in this?" Kessler asks the manager at a Chili's. "We can't tell you," he responds. "I'm not sure I'm allowed to say," says another staffer.

Born to Run: A Hidden Tribe, Superathletes, and the Greatest Race the World Has Ever Seen, by Christopher McDougall, hardcover, 304 pages, Knopf, list price: $24.95 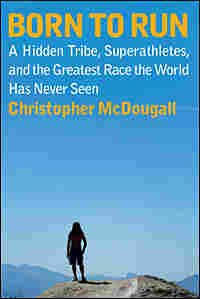 Born to Run is like those dreams many of us have, which start simply and end in the land of the bizarre. In this case, the simple question of why most American runners suffer injuries despite expensive sneakers brings Christopher McDougall to the unforgiving terrain of Mexico's Copper Canyons, home to an indigenous population of ultra-runners, the Tarahumara Indians.

They call themselves the Raramuri, or the 'Running People.' They never suffer illness. Eating a diet of ground corn, mouse meat and homemade alcohol — and sleeping no regular hours — the Tarahumara men and woman somehow pack the endurance to run cliff-side races topping one hundred miles and sometimes lasting two days. Their economic system of bartering and pre-Aztec language are an anthropological mystery, but local legend leaking from the canyons has it that men can chase a deer until exhaustion renders the beast an easy kill.

McDougall recounts his quest to understand these near superhuman ultra-runners with adrenaline-pumped writing, humor and a distinct voice. Pulling you with him through sun-crisped canyons, plopping you into the path of sweat-less super athletes, and crushing your faith in Nike, he never lets go from his impassioned mantra that humans were born to run. "Way before we were scratching pictures on caves or beating rhythms on hollow trees," he writes, "we were perfecting the art of combining our breath and mind and muscles into fluid self-propulsion over wild terrain." 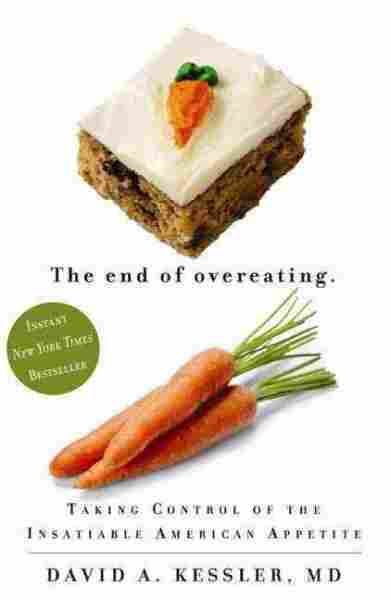 The End of Overeating

by David A. Kessler 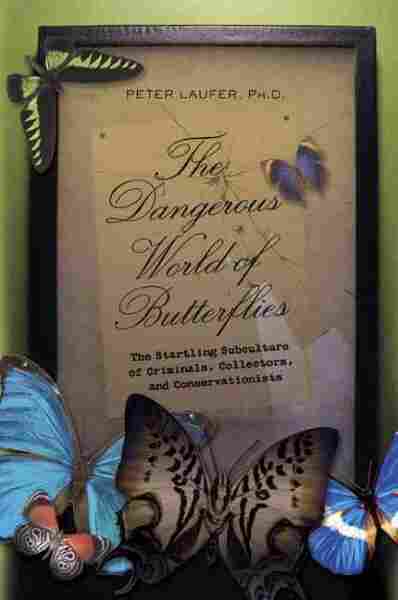 The Dangerous World of Butterflies

The Startling Subculture of Criminals, Collectors, and Conservationists