Accessibility links
Bernanke: 'I Had To Hold My Nose' To Bail Out Banks Federal Reserve Chairman Ben Bernanke said last year's taxpayer-financed bailout of big financial companies was necessary to avoid "a second Great Depression." His comments came during a town hall-style meeting designed to reassure Americans about the economy. 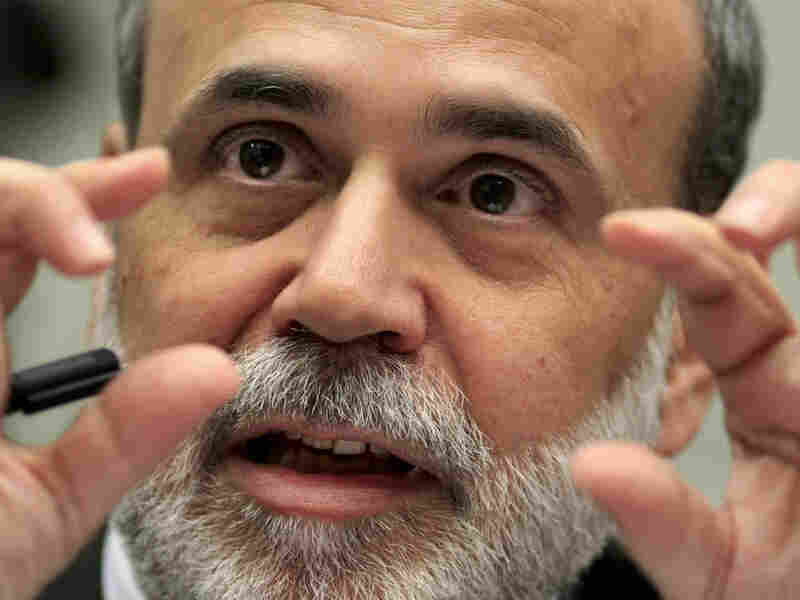 Federal Reserve Chairman Ben Bernanke was in Kansas City, Mo., on Sunday to discuss the government bailout of banks and other matters in a town hall-style meeting. J. Scott Applewhite/AP hide caption 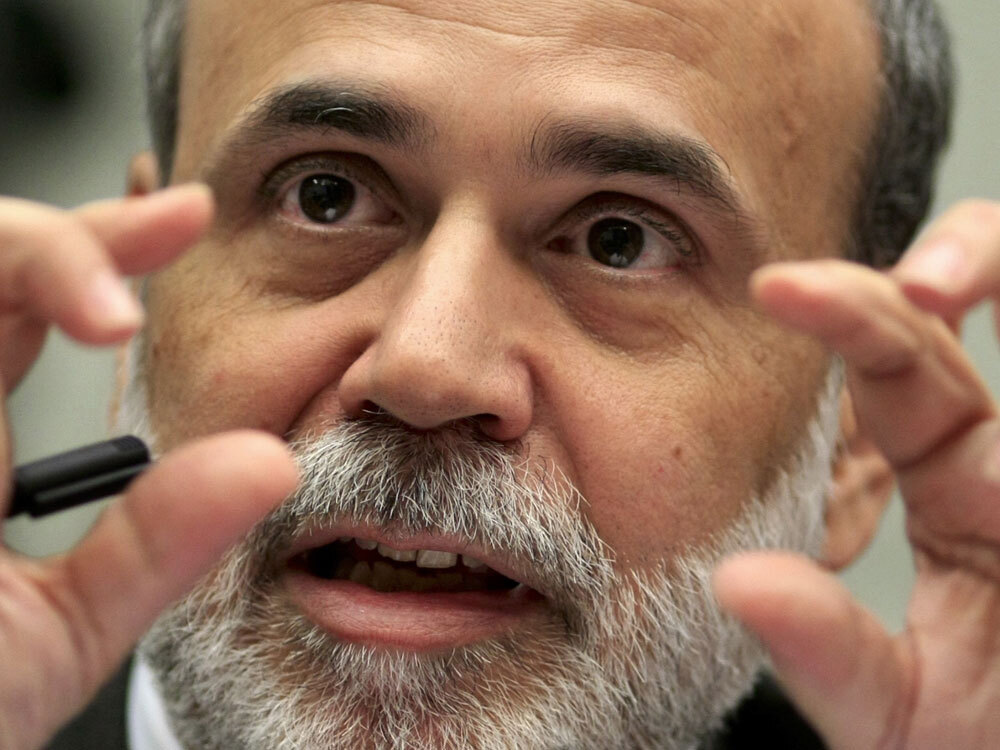 Federal Reserve Chairman Ben Bernanke was in Kansas City, Mo., on Sunday to discuss the government bailout of banks and other matters in a town hall-style meeting.

Inside the Federal Reserve bank of Kansas City, Bernanke sat down to chat with Lehrer and some local residents whom his show had chosen. Bernanke was asked about Rep. Ron Paul's (R-TX) bill to require the Government Accountability Office, the investigative arm of Congress, to review Fed monetary policy.

"The Congress would have the authority anytime to ask the GAO to come in and audit and look at and evaluate the monetary policy decisions made by the Fed — that's not consistent with independence," Bernanke said.

Some members of the audience didn't think last year's bailouts were consistent with an open market.

David Huston, a small-business owner, said he believes small businesses are getting shortchanged by the Federal Reserve, the Treasury and Congress.

"Am I wrong in that perception?" Huston asked.

Bernanke said he had to basically create billions of dollars, to prop up Bear Sterns and AIG. Arguing that if they failed, they'd take the whole financial system down with them.

"I was not going to be the Federal Reserve chairman who presided over the second Great Depression," Bernanke said. "For that reason I had to hold my nose and stop those firms from failing."

Bernanke said "too big to fail has got to go." He also thinks there should be a way for the government to take over and dismantle enormous failing companies without disrupting the financial system. He says he supports establishing a new Fed division to monitor what he calls "systemic risks."

Bernanke admitted the Fed was slow to respond to the mortgage crisis, but he defended its consumer protection functions. He assured the audience that he's doing everything possible to help Main Street, too.

"The Federal Reserve has been putting the pedal to the metal," Bernanke said. "We have the interest rate as low as it can go. We are putting everything we can into strengthening credit markets. We are buying up mortgage securities to bring mortgage rates down to get people into houses. So we are doing everything we can to support the economy, and we hope that that's going to get us going next year sometime."

Some in the audience expressed concerns that by then, all the Fed's spending will have minced the dollar's value and whipped up inflation. Bernanke assured them that the situation is in hand.

Crosby Kemper, a former banker representing the Kansas City library system, said he is one of those worried about all the money the Fed has been essentially printing lately, and he would like to see Bernanke replaced when his term ends in January.

"He seems like a really Steady Eddy kind of a guy," Kemper said. "He was totally unflappable. He had good answers, I don't agree with him on a lot of stuff, but he had good thoughtful answers for everything, never lost his cool."

Kemper calls that a good quality in a central banker. It's one that will serve Bernanke as he tries to navigate the financial crisis, and his critics in Washington and across the country.