Accessibility links
California Cities Prepare To Pony Up California Gov. Arnold Schwarzenegger on Tuesday signed a budget deal aimed at closing most of the state's $26 billion deficit. Cities across the state will end up bearing part of the financial burden of the deal, and many of them aren't happy. 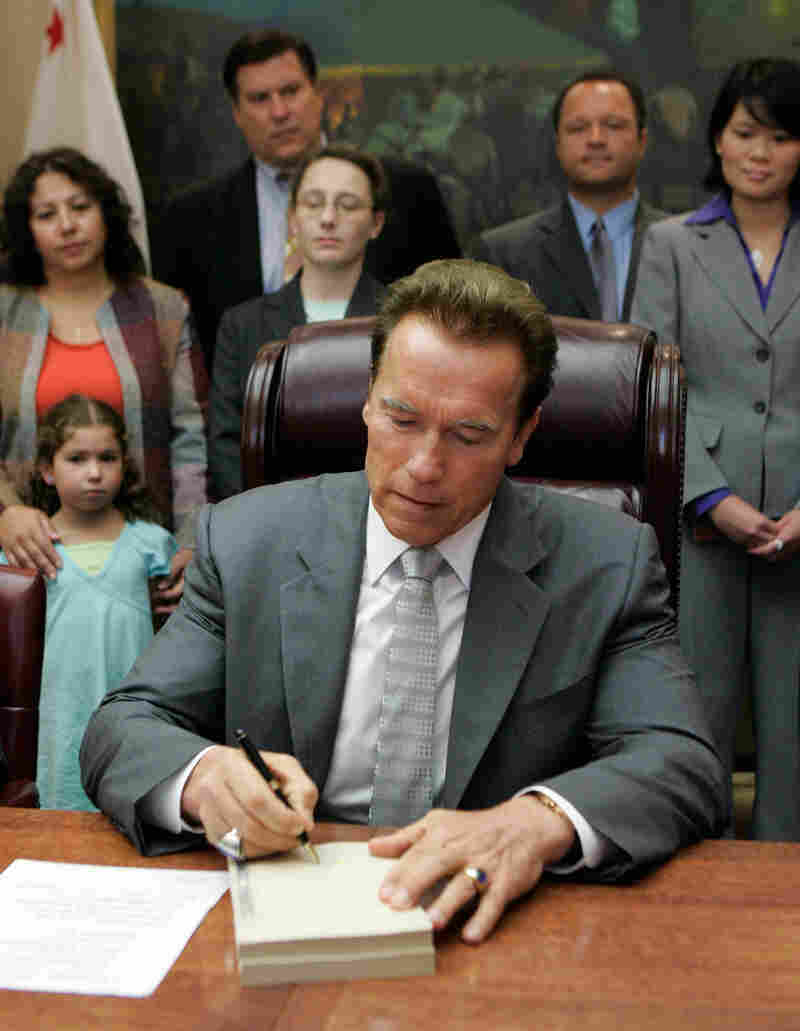 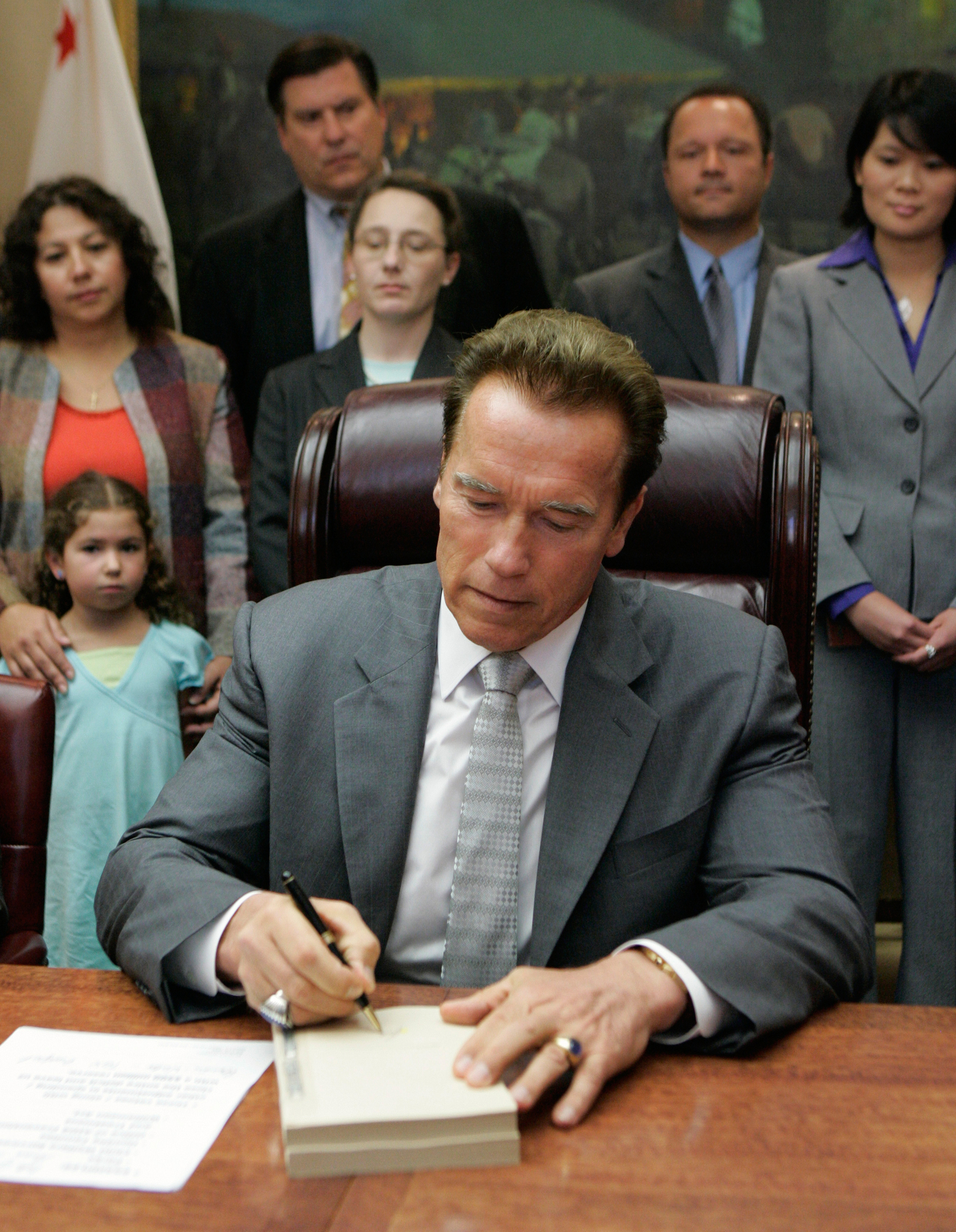 California Gov. Arnold Schwarzenegger on Tuesday signed a budget deal aimed at closing most of the state's $26 billion deficit. Cities across the state will end up bearing part of the financial burden of the deal, and many of them aren't happy.

Monrovia, Calif., a small town about an hour northeast of Los Angeles, is one of them.

Monrovia is a picture-perfect town, so much so that it's often used as a place to shoot movies and TV shows. Independent restaurants and businesses enhance the city's atmosphere as well as give the local economy a boost.

But like just about every other California city, Monrovia has had to make some painful cuts, says Scott Ochoa, the city manager.

"We did have five police officer openings; we've eliminated those positions. We have asked all our associations, including public safety associations, to consent to a series of givebacks," says Ochoa.

In addition to the givebacks — which were agreed to — some cherished town traditions were cut. There were no Fourth of July fireworks this year. And Monrovia Day, a citywide festival that celebrates the town's founding in 1887, was scaled way back.

So Ochoa was particularly stung to hear that the state is counting on cities to chip in to the tune of several billion dollars to reduce the state deficit.

"We made the hard choices, balanced our budget — and on time, mind you," he says. The budget plan would "seek to remove more than 10 percent of our general fund," Ochoa says.

"Personal income is down, business income is down, retail sales revenue is down. A lot of local governments are coping with property tax devaluation. So it's not a pretty picture out there," Kyser says.

It's so ugly, in fact, that California cities were threatening to sue over a plan to rob them of money from the statewide gas tax. At the last minute, the governor and state lawmakers agreed to take that proposal out of the budget. It leaves the cities somewhat better off but still faced with the prospect of handing over local funds to bail out the state.

Ochoa, Monrovia's city manager, isn't impressed with the state's promise to pay back what it's siphoning off.

"We're robbing Peter to pay Paul, although we're allowing Peter to make E-Z payment installments over 30 years in order to facilitate that which the state of California cannot do," says Ochoa.

One way or another, Ochoa says, the state will get its nickel. He knows how it's doing that this year, but he's wondering what will happen next year, and the year after that.

"What is a city like Monrovia, that has done all the right things, that has made the right choices, what are we looking at long term?" he says.

And of course the answer to that is anybody's guess.