Accessibility links
At The Movies, The '60s Beat Goes On For the last two summers, movie musicals have been big hits, so you'd expect Hollywood to stock the multiplex with more of the same. Instead, this summer, there are no musicals at all. But a cluster of movies will set audience toes tapping to the beat of a specific moment in time. 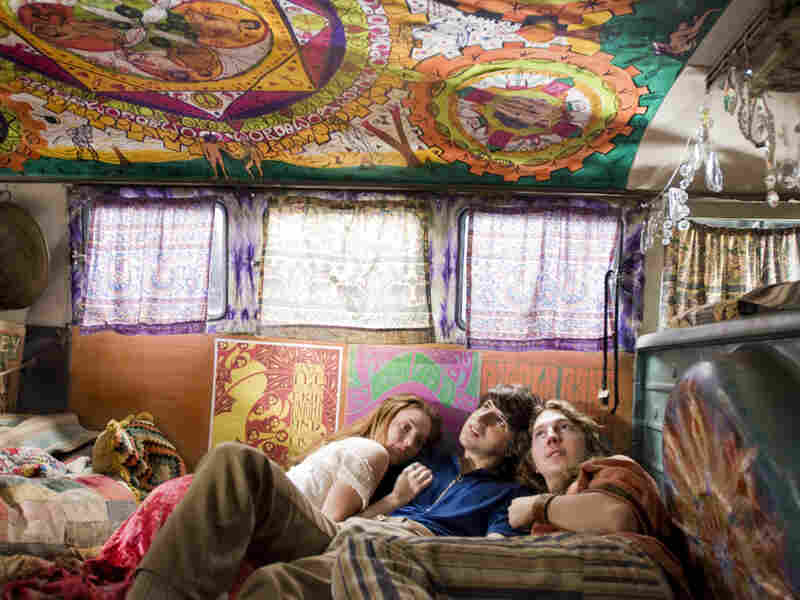 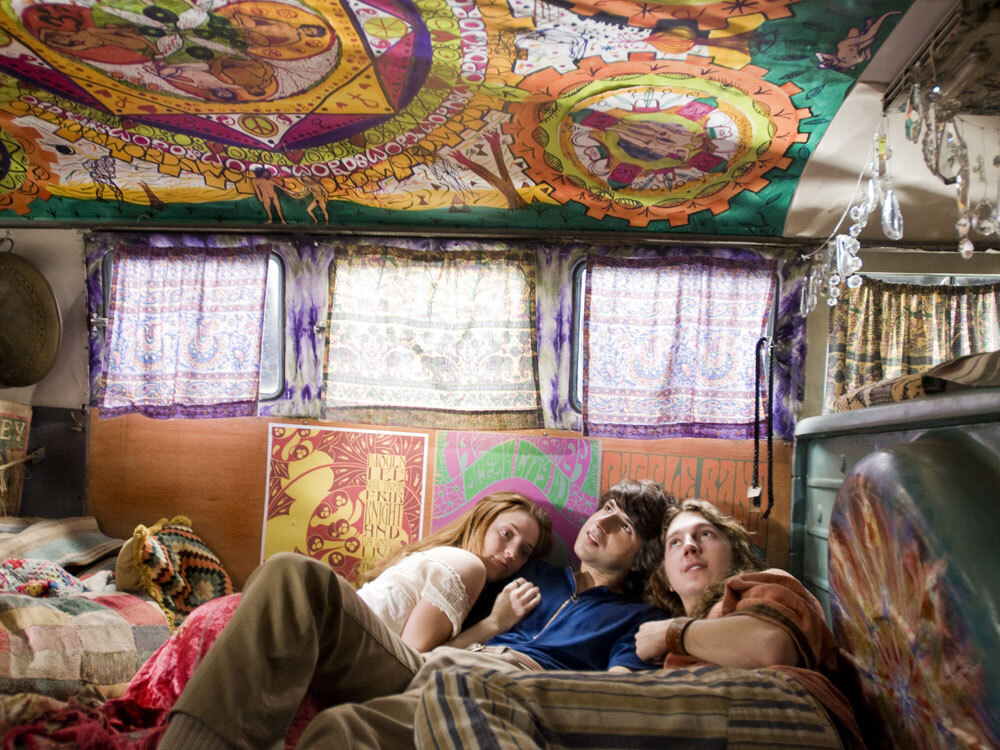 Kelli Garner, Demetri Martin and Paul Dano in Taking Woodstock, a nostalgic comedy about the 1969 music festival that helped shape a generation.

For the last two summers, movie musicals have been big hits: Mamma Mia last year, Hairspray the year before. So you'd expect Hollywood to stock the multiplexes with more of the same, right?

Surprisingly, there are no musicals at all this summer. But there is a cluster of movies that will set audiences' toes to tapping — and like the hit revival of Hair that's been so popular on Broadway this year, all three films move to the rhythms of one particular era.

Most immediately, there's Taking Woodstock, in which the 1969 music festival that changed the way music got festive is being played for laughs and nostalgia; it's just one of the late-summer crush of pictures that have been consciously built around the music of the flower-power years. 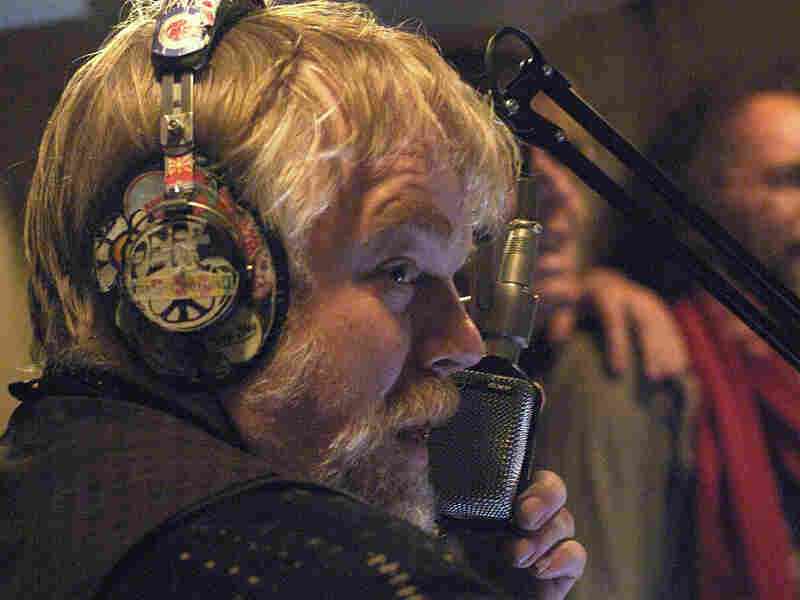 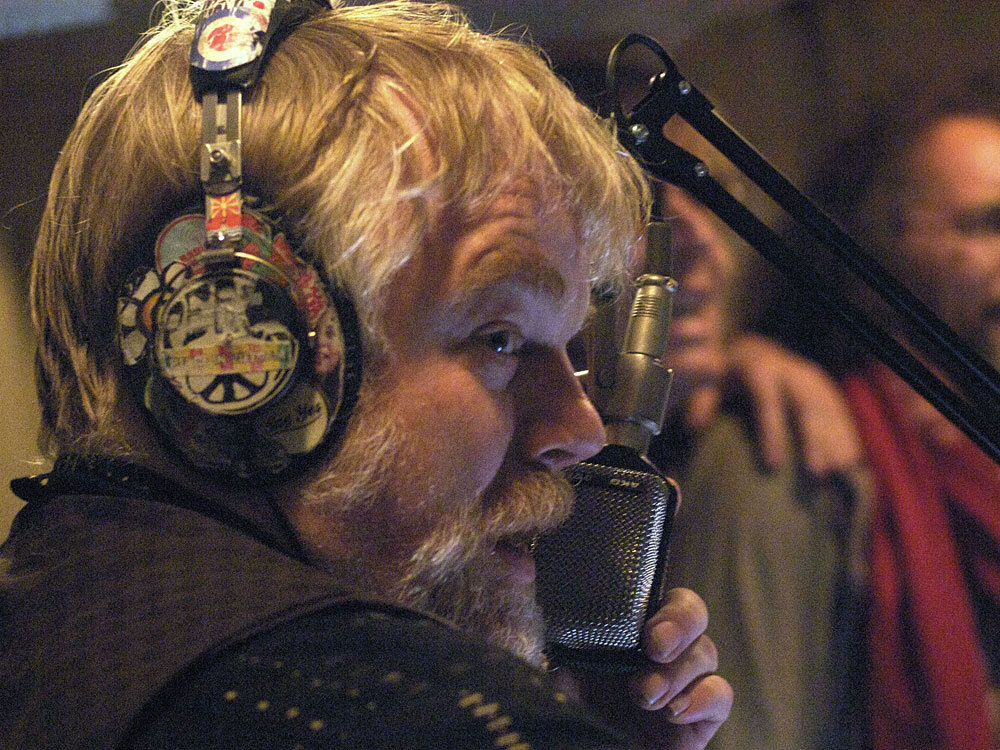 Phillip Seymour Hoffman stars as "The Count" in Pirate Radio.

In the late '60s and early '70s, rock was going psychedelic, soul was going gritty, and young people --- at least according to the upcoming comedy Pirate Radio — wore their musical tastes as proudly as they did their long hair and their peace crosses. In the film, Simon Swofford is a disc jockey on a fictional pirate-radio station anchored just off the coast of England, where British authorities can't touch it.

There's a historical basis for this: There were quite a few real offshore radio stations in the 1960s, because the licensed BBC stations didn't play much music, and what they did play wasn't rock. For the youth culture, pirate radio was a big deal — as of course was music in general for the rest of the world. 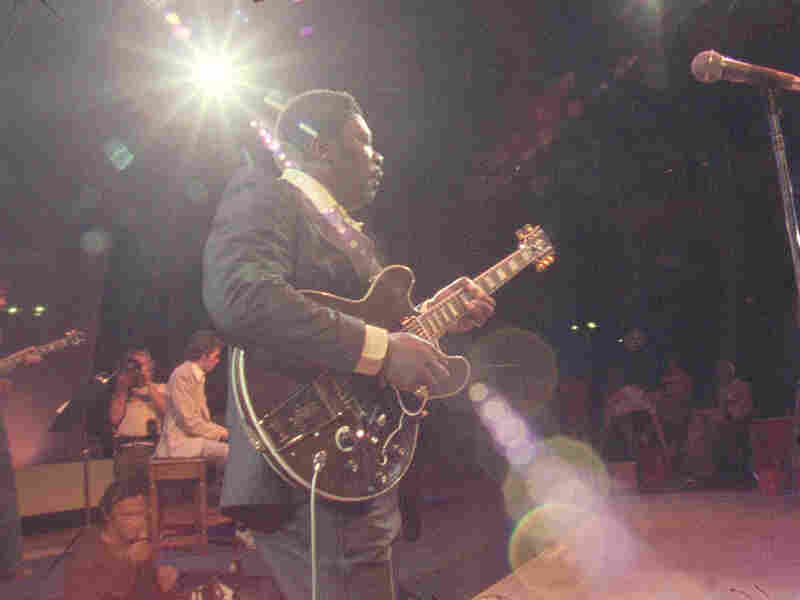 Blues giant B.B. King was one of the African American musicians who met their peers from Africa at Zaire '74, a landmark concert documented in the film Soul Power. Sony Pictures Classics hide caption 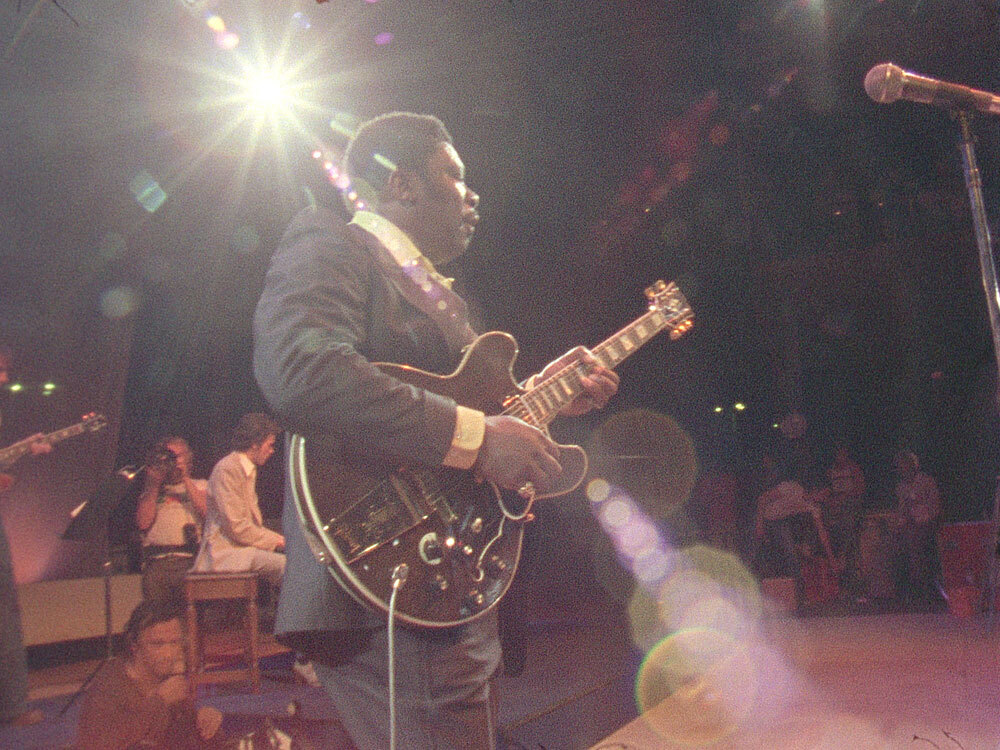 Blues giant B.B. King was one of the African American musicians who met their peers from Africa at Zaire '74, a landmark concert documented in the film Soul Power.

Want a reminder of how much? Have a look at Soul Power. Edited from footage shot 35 years ago, it celebrates a three-day concert tied to the famous George Foreman/Muhammad Ali bout known as "The Rumble In The Jungle."

The concert, called Zaire 74, brought the likes of blues great B.B. King and King of Soul James Brown to the same stage as South Africa's Miriam Makeba and Hugh Masekela. It was a kind of cross-cultural Woodstock — a turning point for African and African-American artists, who compared notes on colonial and segregational oppression and on making music as a social statement. 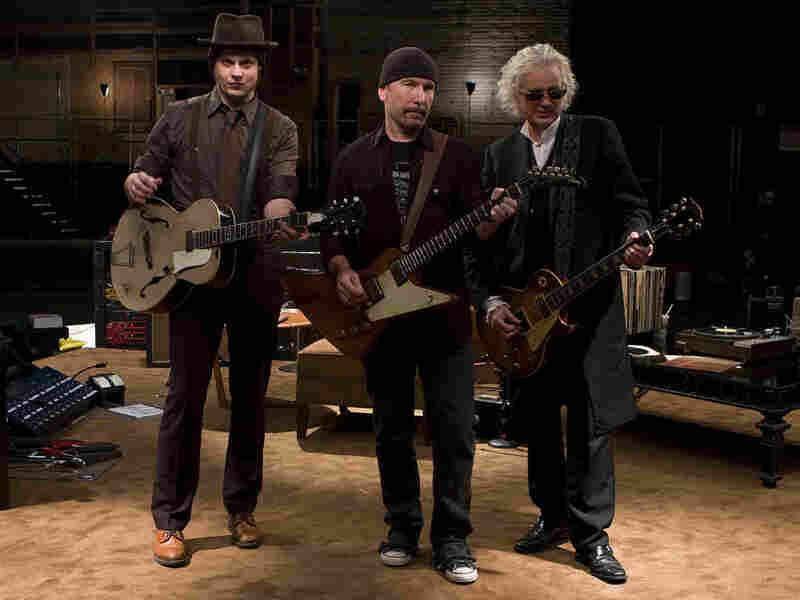 Jack White, The Edge, and Jimmy Page talk up their axes in It Might Get Loud. Eric Lee/Sony Pictures Classics hide caption 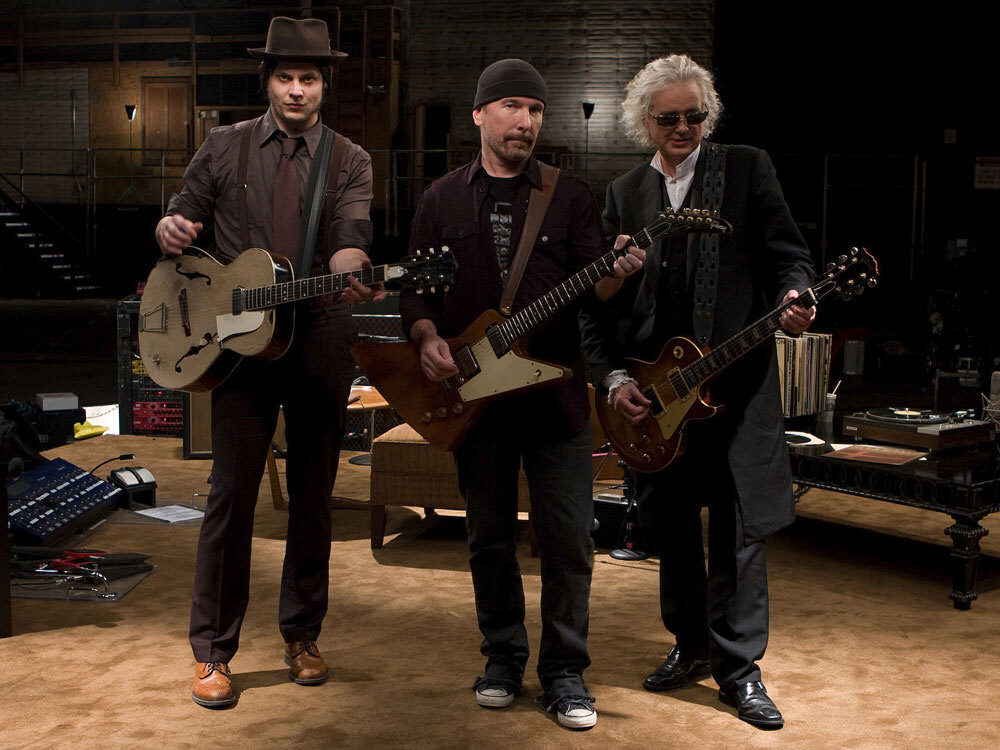 Jack White, The Edge, and Jimmy Page talk up their axes in It Might Get Loud.

Every generation thinks its music is different from what went before, but four decades ago, the differences were both artistic and technical — a fact that's driven home in another summer documentary called It Might Get Loud, about the once-newfangled device called the electric guitar. Jimmy Page of Led Zeppelin is sort of the movie's elder statesman; he remembers the early days, when he was talking to a technician, trying to figure out how to make a noise on his guitar that would match the sounds in his head.

"He went away and came back with this phenomenal thing — the distortion pedal, which overloads the signal," Page remembers. "Overdrive the sound, and make it sound pretty rude."

Because music was going to change the world. And as these movies collectively remind you, for a while it kinda did.