Accessibility links
Housing Market Shows Some Signs Of Recovery The housing crisis helped propel the country into the worst recession in decades. Now there are some tentative signs that the real estate market may be improving. Some leading housing analysts say the market may be nearing a bottom in certain areas. 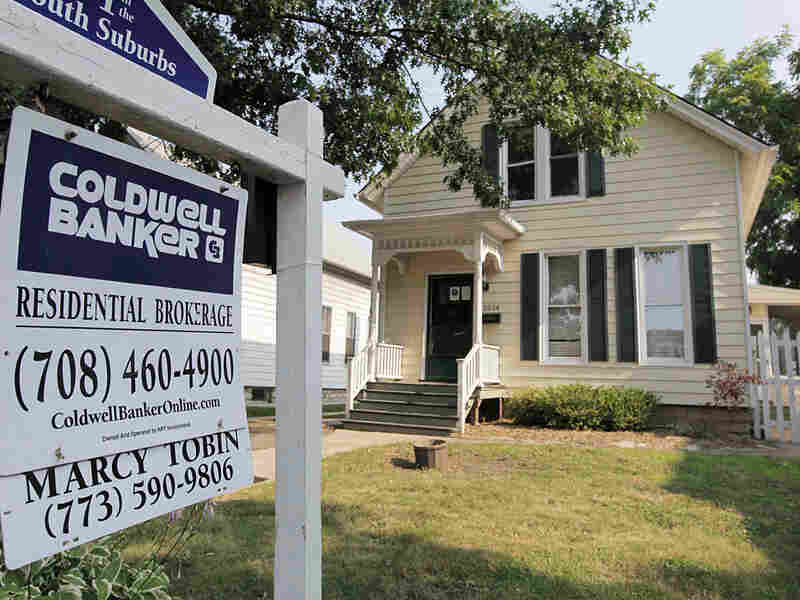 A house for sale in Blue Island, Ill. The U.S. housing market has started to recover from the most intense economic crisis since the Great Depression. M. Spencer Green/AP hide caption 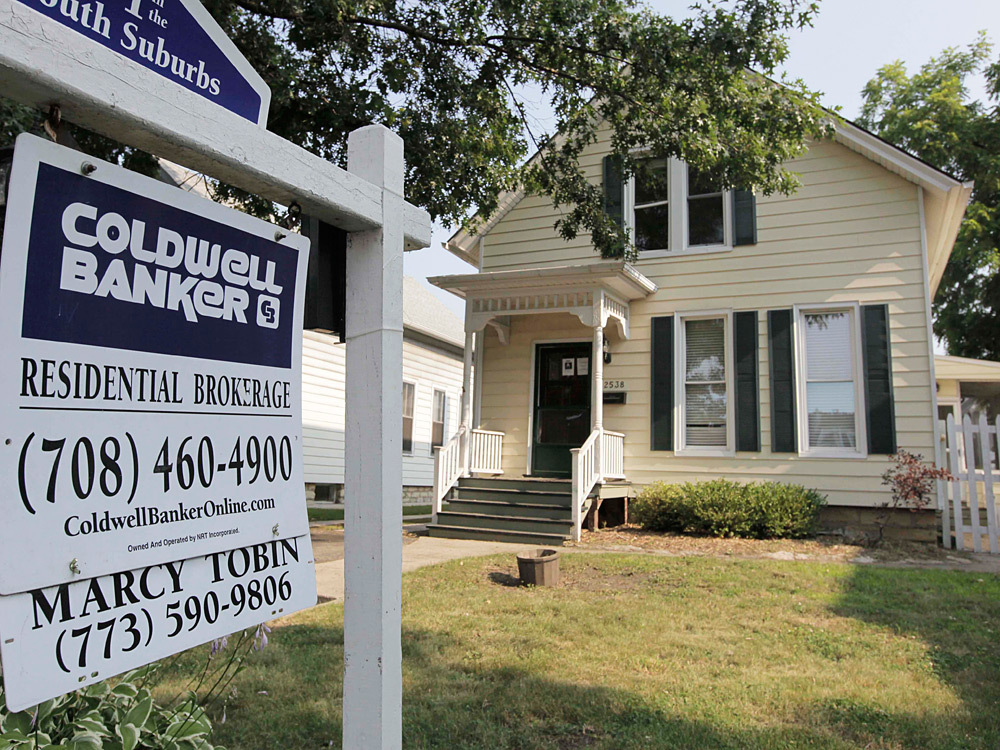 A house for sale in Blue Island, Ill. The U.S. housing market has started to recover from the most intense economic crisis since the Great Depression.

What do Boston, Charlotte, Chicago, Cleveland, Dallas, Minneapolis and San Francisco have in common? They're cities where home prices rose recently.

That's according to the Standard & Poor's Case-Shiller Home Price Index, which shows that prices are actually starting to rise again in some parts of the country.

Other recent data show that there are some tentative signs that the real estate market may be starting to recover. The housing crisis helped propel the country into the worst recession in decades.

"This is the first time in almost three years that we've seen price increases," says Yale University professor Robert Shiller, who helped design the home price index. "So when we see a break in the downward trend that's definitely encouraging news."

For a long time Shiller was known as a pessimist about the housing market. And it turned out he was absolutely right.

"Well, I think the worst is probably behind us — the worst pace of decline," he says. "We were going down at 2 percent a month for a number of months in a row nationally. That was really something. Now home prices relative to rents or construction costs are back at normal levels."

Shiller stresses that he doesn't think we're about to see another housing boom.

During this downturn, we've seen record drops in prices. And when it comes to new homes — it's been more than 50 years since we were building and selling so few of them.

But over the course of the spring, sales have been picking up.

Anita Shishmanian is a real estate agent who just sold a condo in the town of Belmont, Mass., outside Boston. This time last year, she would hold an open house and it was like she was at a funeral for somebody with no friends or relatives — it was just quiet and kind of depressing. But over the course of this spring she has watched that change.

"I had one not so long ago — [a] single family home and had an open house and was swamped with buyers — real swamped," she says. "At the end of the day I had something like five offers come in. I certainly do sense a turn."

It's basic supply and demand. For a couple of years there have been way more houses than buyers. And finally, the inventory is thinning out a bit.

Searching For A Housing Bottom

So have we finally hit bottom for the housing market?

"Well, I think it very much depends on what city you're in," says William Wheaton, a housing economist at MIT. "There are really two types of markets right now."

Wheaton says on the one hand, there are markets like Arizona, California and Florida, which have seen huge price corrections — down 30-50 percent — driven by a flood of foreclosure sales. Then there are other parts of the U.S. that haven't seen such big price drops.

In some places where prices have corrected sharply, a lot of people are able to get very good deals on houses.

"If you're in a market like California, where prices have fallen 50 percent and transactions have picked up and you ask your friendly professor 'Is this the bottom?' I would say pretty much so," Wheaton says." If you could buy a house [for] 50 percent of what you could a few years ago, I'd say go ahead and buy it."

Wheaton says there are many other markets where prices haven't fallen that much, and he thinks some could still drift lower. The local employment picture is also a significant factor.

Foreclosures also remain a big wild card in all of this. They've played a big role in driving down prices and keeping the market depressed.