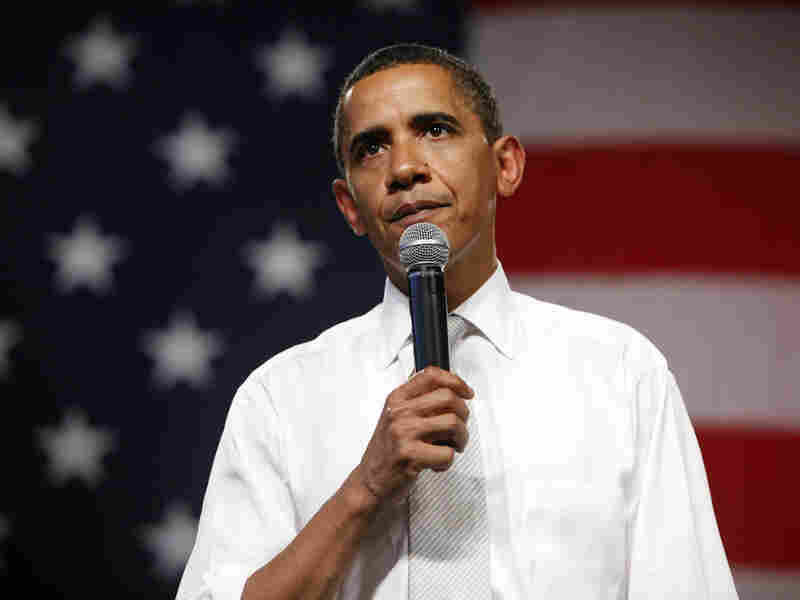 President Obama speaks during a town hall meeting on health care in Shaker Heights, Ohio, on Thursday. Findings from a recent NPR poll indicate that about half of Americans are now onboard with Obama's health care plan. Haraz N. Ghanbari/AP hide caption 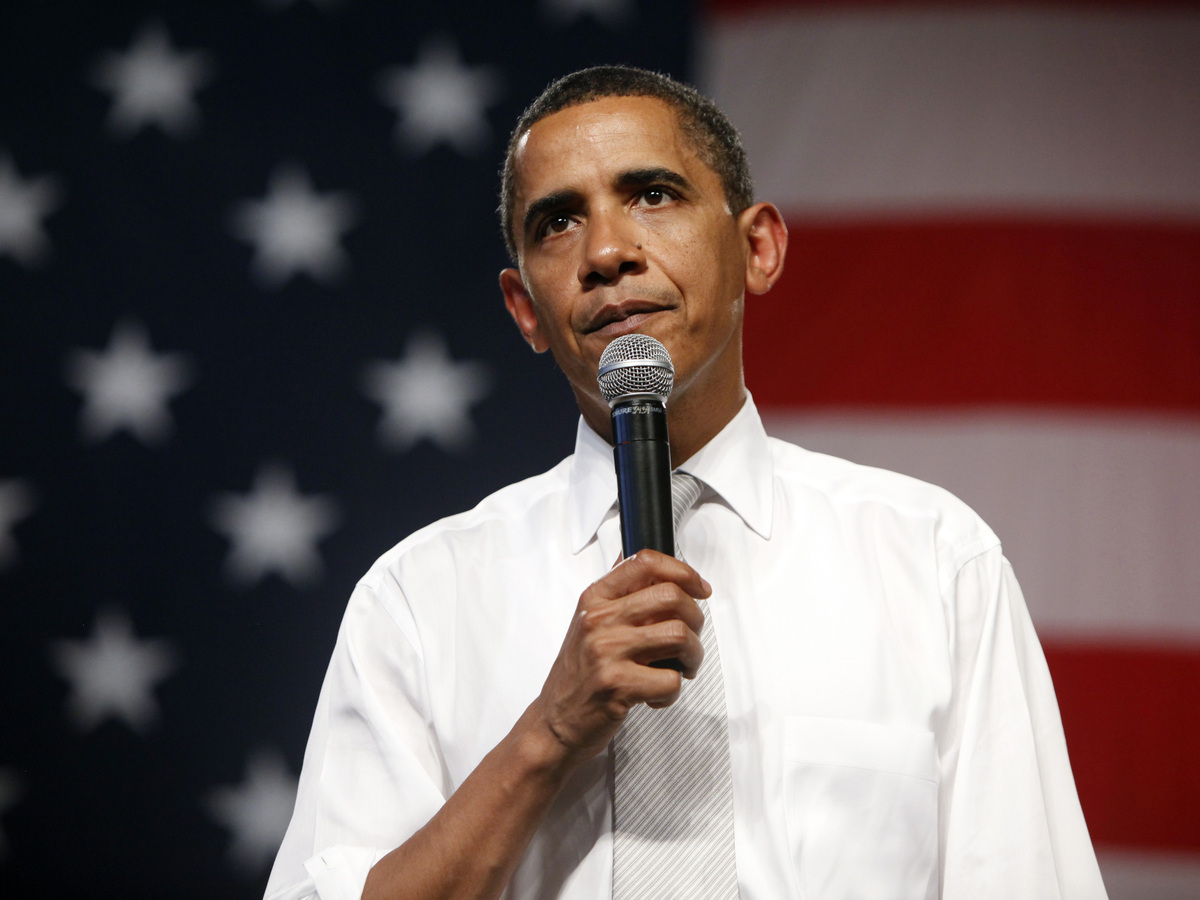 President Obama speaks during a town hall meeting on health care in Shaker Heights, Ohio, on Thursday. Findings from a recent NPR poll indicate that about half of Americans are now onboard with Obama's health care plan.

President Obama has hit a rough patch this summer, squeezed between a lingering recession and rising questions about the health care overhaul he has made the centerpiece of his first-year agenda.

The nation is close to evenly split in its assessment of the president's policies to date, and there is great intensity on both sides of the debate with dwindling numbers in the middle.

Those are the chief findings of the latest NPR poll of 850 registered voters conducted nationwide Wednesday through Sunday by a bipartisan team. The pollsters found 53 percent approving of the president's handling of his job, while 42 percent disapproved — the narrowest gap of the Obama presidency to date. Most of the approving group said they approved strongly, and an even greater majority of the disapproving group said they disapproved strongly.

Poll respondents liked a Democratic statement on solving health care problems better than a Republican statement (51 percent to 42 percent). However, when asked about the plan now moving through Congress, a plurality of 47 percent was opposed and 42 percent said they were in favor, based on what they had heard about the plan so far.

"That's the challenge you face when you try and make major policy changes in this country," said Glen Bolger of Public Opinion Strategies, the Republican half of the NPR polling team. "People say, 'Yes, health care's a problem; something needs to be done.' But once you start getting into the specifics, then people say, 'Wait a minute. That's putting what I have at risk,' or, 'That's going to cost more in taxes.' "

Generally speaking, do you think that things in this country are going in the right direction, or do you feel things have gotten pretty seriously off on the wrong track?

Percentages may not total 100 because of rounding.

Democratic pollster Stan Greenberg of Greenberg Quinlan Rosner says public wariness on health care changes results in part from the legislative strategy the president has chosen. The White House has tried to stay above the fray and let Congress write the bills, an approach that comes with a price.

"The price is that the Congress is the stage upon which people are seeing this sausage being made and it's not a pretty picture from the outside," said Greenberg, who sees the struggle for public support on health care at a tipping point.

More On This Poll

"I think it is a very, very serious period," said Greenberg. "There has to be movement. Hopefully, movement before the recess. [It] doesn't mean necessarily the passing of plans, but there needs to be movement in the Senate and the House prior to the break. I think the Democrats understand that."

Difficulty dealing with the health care issue reflects continuing public dissatisfaction with the economy, which is still making its way through the deepest recession since the early 1980s.

In another part of the poll, respondents were asked which of two statements on the economy came closer to expressing their view.

On the other hand, a majority of those polled still say the current economy is more the responsibility of former President George W. Bush than of the current administration. Nearly half those polled (49 percent) agreed strongly that Bush was more to blame and 7 percent agreed with this sentiment somewhat. Only 24 percent disagreed strongly with blaming Bush, with another 7 percent disagreeing somewhat.

The so-called generic ballot question was also very close. Asked whether they would support a Democrat or a Republican for Congress in 2010 if the election were held today, 42 percent said they would choose a Democrat and 43 percent a Republican, a difference well within the poll's margin of error (plus or minus 3.4 percentage points for each number in each question).

And while the "wrong track" number is down 35 points since then, Republican Glen Bolger said the Democrats will need a much higher "right direction" score than they are seeing now if they expect to maintain the upper hand.

"As a Republican pollster, I would take going into October of 2010 with a 'right direction' of only 38 percent. It looks good compared to how bad things were in 2008, but 38 percent is not a particularly optimistic mood."

Bolger also saw good news for the GOP in the intensity of opposition to Obama. "You have weakened presidential approval where, for the first time, his strong disapproval [rating] has ticked above his strong approval rating."

The principal reason for negativity appeared to be the economy. Asked to assess the current state of the economy, 49 percent called it poor while 42 percent opted for "not so good." Only 8 percent said it was good and only 1 percent said excellent.

Asked to choose the issue they thought the president and Congress should pay attention to most, 39 percent said the economy. Health care, the president's top domestic agenda item, was cited by 12 percent. These were followed by "taxes and spending" (8 percent), "terrorism and national security" (6 percent) and the federal deficit (6 percent).

There did not seem to be much optimism regarding the overall economy in the near future. The most hopeful group (37 percent) said they thought the economy had bottomed out and begun to improve. An additional 24 percent said the bottom had been reached but things were not yet getting better. The least hopeful (37 percent) said the bottom had not yet come and conditions were going to get still worse.

Over the longer term, the poll found a somewhat brighter expectation. Two-thirds (67 percent) said they expected the economy to be better a year from now, while only 24 percent expected it to be worse.

Similarly, 50 percent said they thought they would personally be better off in a year, while 28 percent expected to be worse off and 13 percent foresaw no change.

When asked to choose between competing statements regarding the recently passed energy bill, 53 percent preferred the Democratic defense of the bill and 40 percent the Republican critique.