Accessibility links
The young Israeli pianist has impressive technique, as well as a depth of insight that's rare for a 25-year-old. Kohlberg digs deep into the tangled mind and music of Robert Schumann for a studio audience at WGBH in Boston.

There are so many bright young pianists cropping up these days that it's sometimes difficult to remember which is which. With cheerful, scrubbed faces, great technique and a grasp of great repertoire, they're all hoping for brilliant careers. 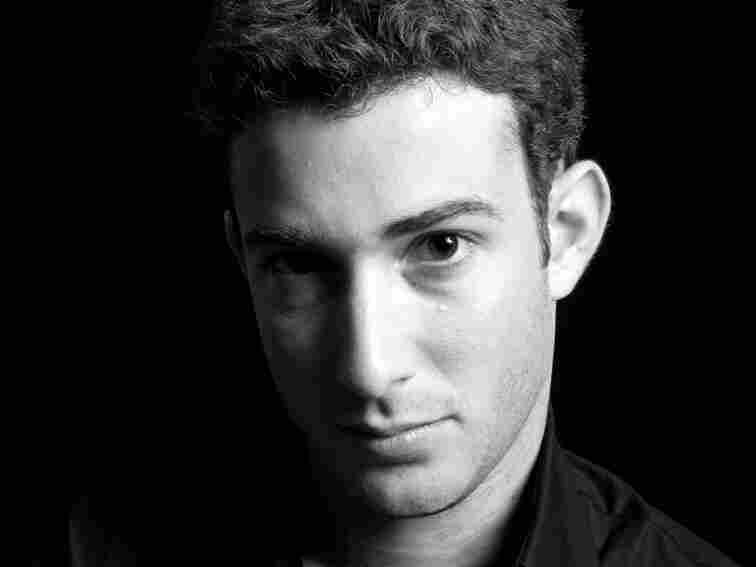 The young Israeli pianist Yaron Kohlberg has technique and insight beyond his years.

Enter Yaron Kohlberg, who epitomizes that profile but exceeds it impressively. Intelligent and amiable, he demonstrates a confident virtuosity beyond the average precocious proto-genius. From the moment Kohlberg touches the keyboard, an uncommon surety of technique impresses — but beyond that, a depth of insight that's rare for a man of 25.

Listen to Kohlberg's rendition of Robert Schumann's Davidsbundlertanze (Dances of the League of David), which he played for us live in the studio. The technical demands of Schumann's works are understood by all pianists. But what is it that sets Schumann apart — aside from the devilish, dotted rhythms and ecstatic handfuls of notes that fly by so quickly, they leave the listener breathless? It's the soul of the composer himself; the painful and poetic interior of a mind careening through the blackest depths and the brightest heights, sometimes without transition.

"The League of David" was a society that existed only in Schumann's head. Made up of comrades both real and imagined, they were united by a holy mission defined by the eponymous biblical king. It was the front phalanx in a culture war against the "Philistines" to save artistic integrity. Two central personalities in the music are Florestan — the heroic, swaggering warrior ready to do battle — and Eusebius, the poet and dreamer.

Schumann's "dances" could never be danced in the real world. They are the fantastic play of light and dark from a feverish mind that perceived acutely the driving issues of its time, but could wage war only with the tools of the artist.

All this is to say that Davidsbundlertanze takes far more than a sharp sense of rhythm and swing from a performer. It takes a willingness to enter into the fray, within the composer's psyche. It takes a performer who can at least empathize with Schumann's inner world. For a 25-year-old to achieve this deeper level of interpretation is not unheard of, but it's rare.

You need only listen to Kohlberg's live, unedited performance (presented on this page) to grasp the importance of this way of realizing Schumann's masterwork. And when the music ends, if you're not deeply moved by the depth of Kohlberg's insight, you might want to check your pulse.

Yaron Kohlberg also included Schumann's Davidsbundlertanze on his Kennedy Center recital debut earlier this year. The Washington Post wrote, "Kohlberg showed an intuitive understanding of Schumann's music, the fleeting sense of fancy, here light as a spider web and then crashing down with heavy-footed fury, both humorous and self-righteous."

Kohlberg was born in Jerusalem in 1983, and is quickly making a name for himself as an up-and-coming pianist. He was the runner-up at the 2007 Cleveland International Piano Competition, which gave his fledgling career a boost. He's also won prizes at numerous other competitions in Mexico, Norway, Denmark and his home country of Israel, where he's becoming a favorite.

Like all Israeli men, Kohlberg was required to participate in the military. In Kohlberg's case, he completed his service in the status of "Outstanding Musician." He's also been making the rounds, playing with many notable orchestras, and is studying for an advanced degree at the Buchmann-Mehta School of Music in Tel Aviv.