Accessibility links
Panel Seeks To Curb Energy Speculation The head of the Commodity Futures Trading Commission said Tuesday his agency was considering imposing limits on the speculative trading of energy futures contracts. The move is an attempt to prevent the kind of wild swings that led oil prices to spike to $147 per barrel last year. 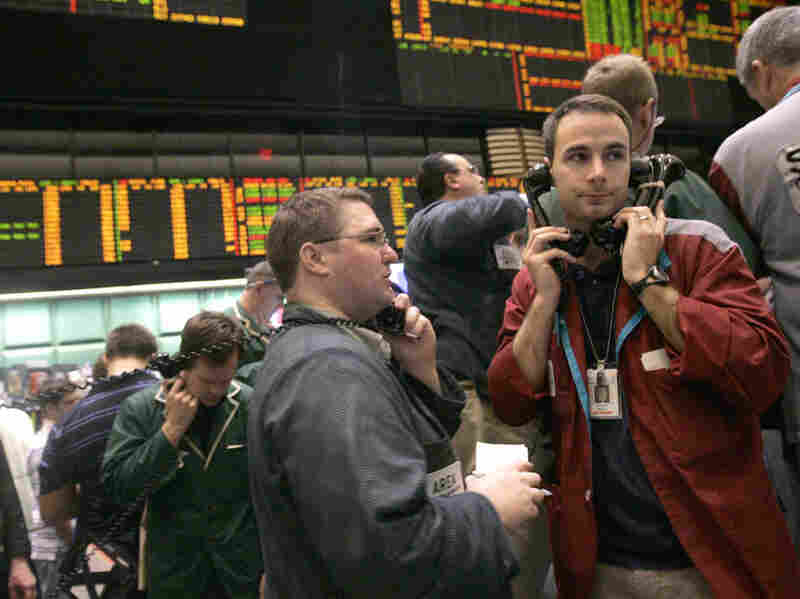 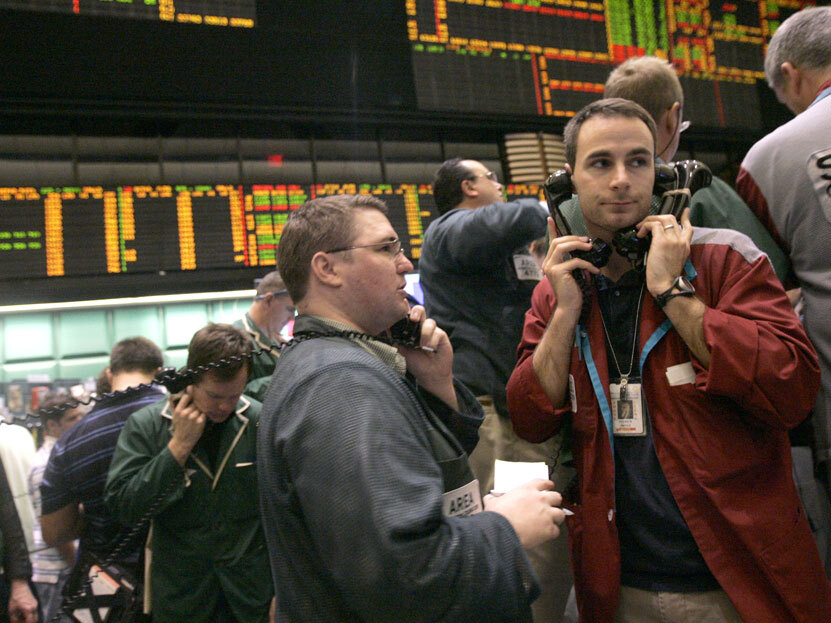 The head of the Commodity Futures Trading Commission said Tuesday his agency was considering imposing limits on the speculative trading of energy futures contracts.

"I believe we must seriously consider setting strict position limits in the energy markets," CFTC Chairman Gary Gensler said at a meeting in Washington organized by his agency.

Some federal regulators blame financial market speculators on the spike that resulted in oil prices hitting a record $147 a barrel last year; gas prices soared to more than $4 a gallon with devastating consequences for businesses and consumers. Then, in the space of a few months, the price of oil came crashing down.

Economists and oil industry analysts are still trying to understand the wild ride that oil prices went on over the past two years.

Many Democrats pin the blame on speculators. Democratic Rep. Bart Stupak of Michigan, who attended the CFTC meeting armed with charts, said the price swings can be tracked to the amount of money put into the markets by large investment funds that specialize in commodities.

"From January 2008 through the end of June 2008, index speculators poured $55 billion into major commodity indexes, pushing the price of crude oil from $99 per barrel to $140," he said.

Stupak said that by the end of the year prices had plummeted, only to rebound somewhat this year.

"You can see prices rise from $35 a barrel to $70 a barrel as index investors came back into the market and put $35 billion into major commodity indexes," he said.

Under the Bush administration, the CFTC had pinned the blame for the volatility on changes in global supply and demand. Although speculators had played a part in the price swings, the agency said, their role was limited.

Under the Obama administration, however, the commission has changed course. Next month, it is scheduled to release a report that reportedly lays the blame for the price swings more squarely at Wall Street's feet.

John Kingston, oil director at Platts news service, says it is unclear whether the about-face is based on any new evidence.

"The more cynical view would be that you now have a Democratic-controlled CFTC," Kingston said. "You have a Senate, in particular, and more of the House that has been screaming about speculation, and so they turn their research to meet the political agenda of the party that's in power."

Energy trading is largely overseen by the markets. If a trader's position gets dangerously large, it trips what is called an accountability level, causing markets to step in to monitor them more closely. In theory, they can take steps to restrict a trader's activities.

"These accountability levels ... are not very effectual," he said. "They are, sort of, like suggested speed limits on a dark desert highway. They are not really adhered to."

Gensler said it's time for federal regulators to intervene by limiting the size of traders' holdings. He said the details of the new regulation still have to be worked out.

The idea is opposed by Jeffrey Sprecher, chief executive of Intercontinental Exchange, who says the oil market is international and if U.S. officials restrict the size of investors' holdings, traders will take their business overseas.

The head of the Chicago Mercantile Exchange, the other major player in the futures market, was more resigned to the changes. He said his exchange would consider limiting traders' positions on its own, essentially sidestepping the government.