Accessibility links
Author Reveals The Dark Secret Of 'The Big Rewind' Movie critic Nathan Rabin chronicles the dark upbringing that he survived thanks to pop culture in his book, The Big Rewind. Now 33, Rabin is head entertainment writer at The Onion's A.V. Club. He says the secret about the memoir, written as a comedy, is that it's really about depression. 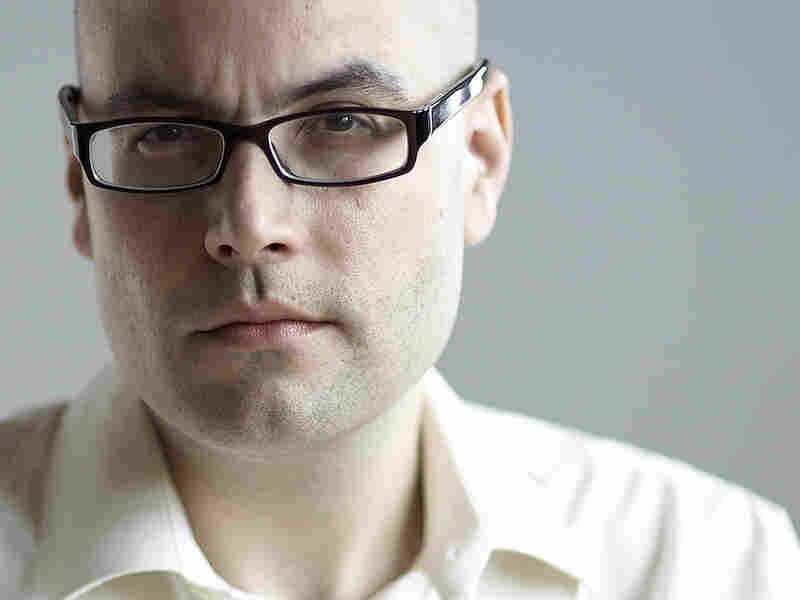 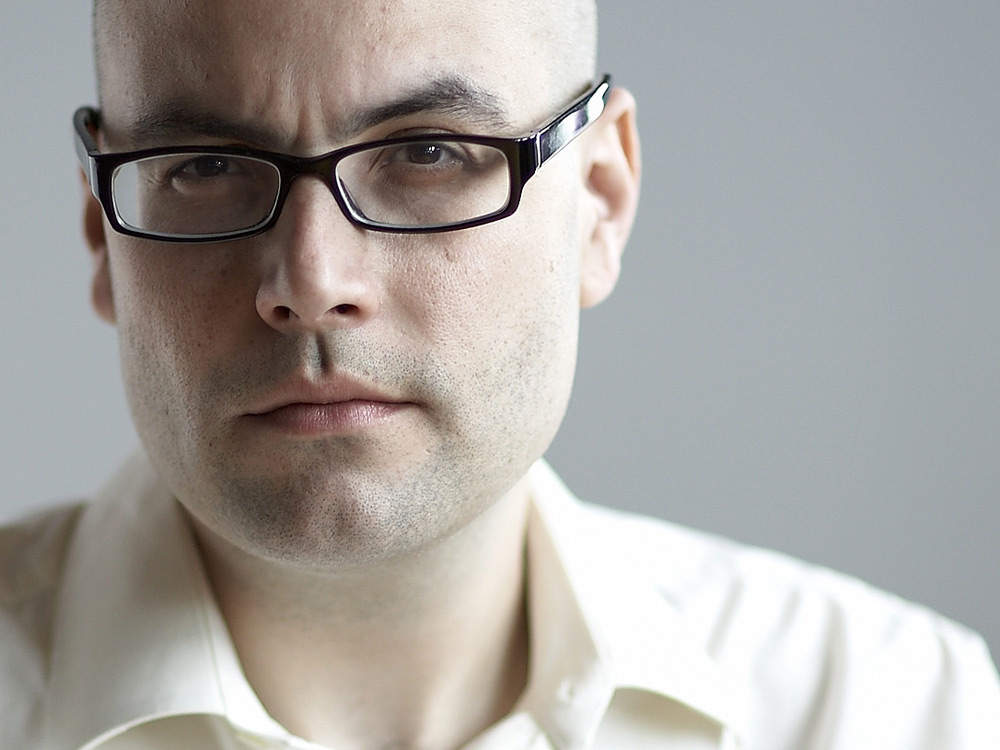 Nathan Rabin says his new book, The Big Rewind, is "secretly a serious book about depression sort of nestled within this very kind of insane, profane dark comedy."

In The Big Rewind: A Memoir Brought to You by Pop Culture, Rabin describes being abandoned by his mother, suffering severe depression and spending time in a mental hospital. His story is about staying sane by connecting with pop culture — Rabin eventually became head writer of the A.V. Club, the entertainment section of The Onion.

"I don't trust happiness or contentment," Rabin tells NPR's Robert Siegel. "I'm sort of a lifelong depressive. And I feel like my book — the dark secret of it — is that it's secretly a serious book about depression sort of nestled within this very kind of insane, profane dark comedy."

The Pop-Culture Memoir: 'The Big Rewind' And 'Notes From The Underwire'

Rabin says he always felt like "everything was going to disappear tomorrow," and it has taken him a long time to get over that feeling.

"I am beginning to experience an emotion I believe you humans know as happiness and hope and optimism," he says. "And I know all of those things will come back to bite me and will come back to destroy me in the end. But I'm trying to savor the moment." 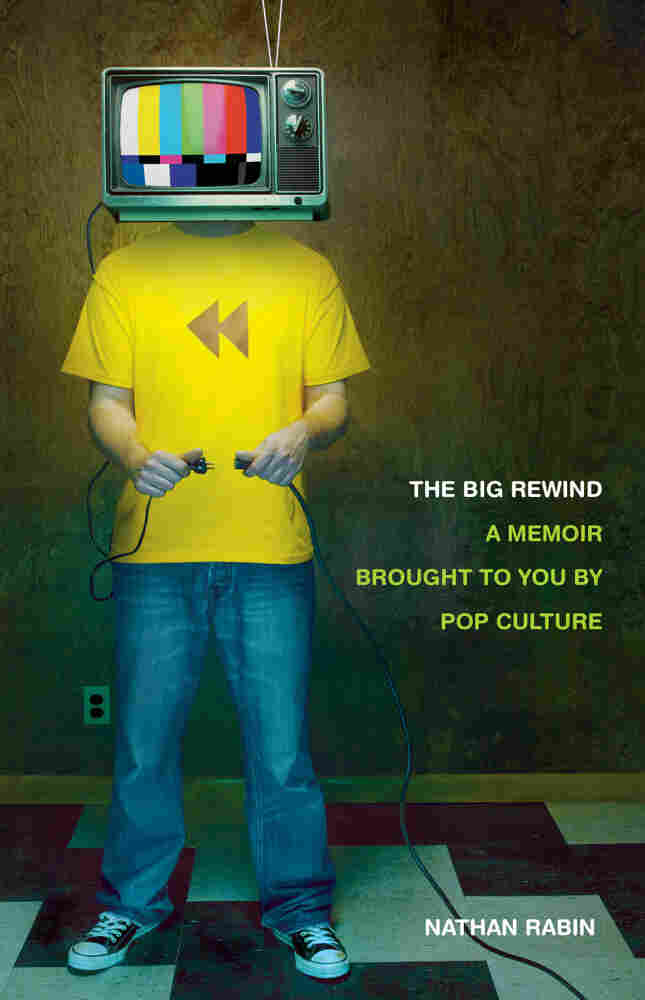 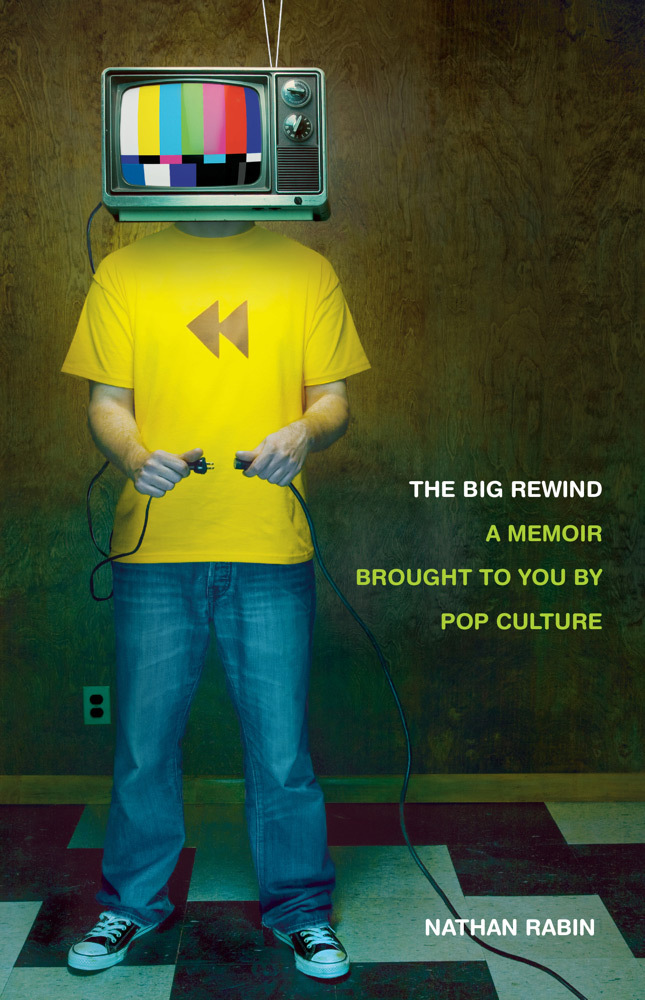 The Big Rewind: A Memoir Brought to You by Pop Culture
By Nathan Rabin
Hardcover, 368 pages
Scribner, a division of Simon & Schuster Inc.
List Price: $25

My life had reached such a nadir that I would sometimes daydream about the perfect mental hospital. In my fantasy world the mental hospital would be a rustic place of relaxation and reflection, full of immaculately tended gardens and rolling hills. It'd be an oasis of calm and tranquility away from the madness of the outside world, a place where classical music wafted peacefully in the background, where contented patients whiled away the hours playing croquet, painting, practicing tai chi, or sculpting when not achieving a hard-won sense of inner peace and contentment with the help of kindly, deeply empathetic round-the-clock psychiatrists. Who knows, once there, maybe I'd fall in love for the first time, make friendships that would last a lifetime, or find myself. You know, all that hackneyed coming-of-age shit. And the television would be something out of my wildest dreams: fifty inches at least! It'd be the perfect place to heal wounded psyches and tormented minds.

My fantasy mental hospital was a cross between an Ivy League campus and a pricey day spa, only with straitjackets and padded rooms and a wider selection of psychotropic drugs. How desperately sad do you have to be to fantasize about the perfect mental hospital? Sad enough to imagine that any change in locale would represent a step up, even one most people would consider a nadir.

But my fantasy mental hospital seemed a universe away that night as my father stared at me glumly, his brow furrowed, a permanent frown on his face as Dr. Fassbender continued his gentle but persistent questioning.

I responded with the caustic sarcasm that had become my default mode of communication. At the end of the session two burly, stone-faced security guards grabbed me and carried me off to the locked ward. Tears and snot ran down my face as I screamed obscenities at a father who once symbolized everything humane and kind about the world. When I was young my father was my sun: the warm, life-giving center around which all good things revolved. My father and Dr. Fassbender drifted further and further from my field of vision until they disappeared entirely, leaving me more alone than I'd ever been before.

I was brusquely told to shower and given paper slippers and a fluorescent orange jumpsuit several sizes too big to wear by staffers whose identities all bled together into one big ball of sour authority. A staff member then led me to my room and introduced me to my new roommate, a boyishly handsome, corn-fed fourteen-year-old from Peoria named Brian, who earnestly asked me why I was there.

"They think I want to kill myself. I didn't before but now they've really given me a reason to want to end my miserable fucking existence," I responded bitterly as I wiped the remaining tears from my face, which was red and raw from crying.

Brian then politely excused himself, slipped into the hallway, and told an attendant that his new roommate had just threatened to kill himself. Moments later the staffer shone a flashlight in my face and coolly ordered, "Grab your mattress. You're on suicide watch tonight."

I was led to an oppressively lit hallway in front of the staff office where I put my flimsy mattress on the floor and started crying all over again. A woman sitting at a desk in the office across the hallway glared at me and hissed, "Crying isn't going to get you anywhere," as if I imagined that all I had to do was fake a few tears and I'd immediately be transferred to the penthouse suite at the Ritz.

This may have been a personal abyss for me, but for the employees of Arkham Asylum it was just another day at work. Sobbing teenagers in orange jumpsuits sleeping on mattresses in the hallway were nothing new. Prolonged exposure to the numbing realities of mental hospital life stripped away any remaining vestiges of empathy.