Accessibility links
Ghani Blames Afghan Government For Corruption Afghan presidential candidate Ashraf Ghani calls himself "a man of the people." Once the country's finance minister, he now says the current government is to blame for widespread corruption. He says Afghanistan faces a choice between "consolidation of corruption, or a reform system."

One candidate in next month's Afghan presidential election who poses a serious challenge to incumbent Hamid Karzai is his former finance minister.

Ashraf Ghani was a senior analyst at the World Bank and had been living outside Afghanistan since the Soviet invasion when Karzai invited him to join his new government in 2001 — at a moment when peace finally seemed at hand for the country. 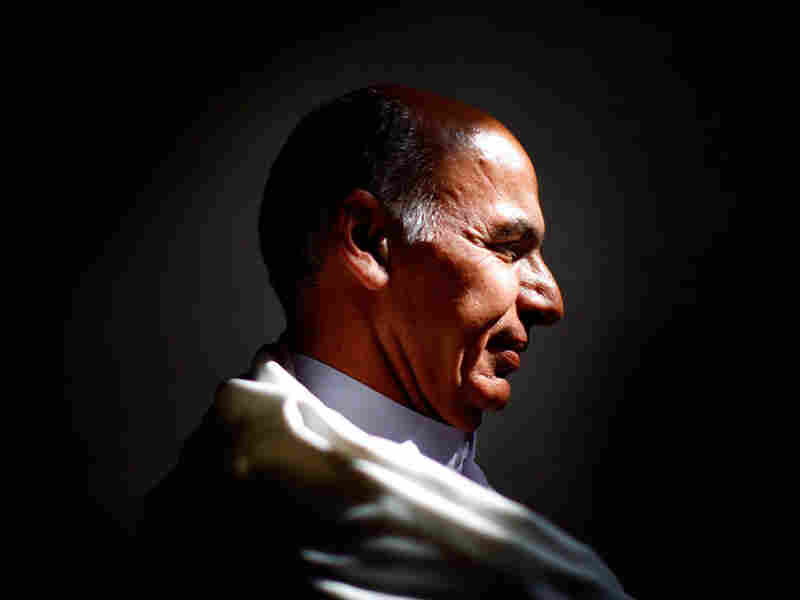 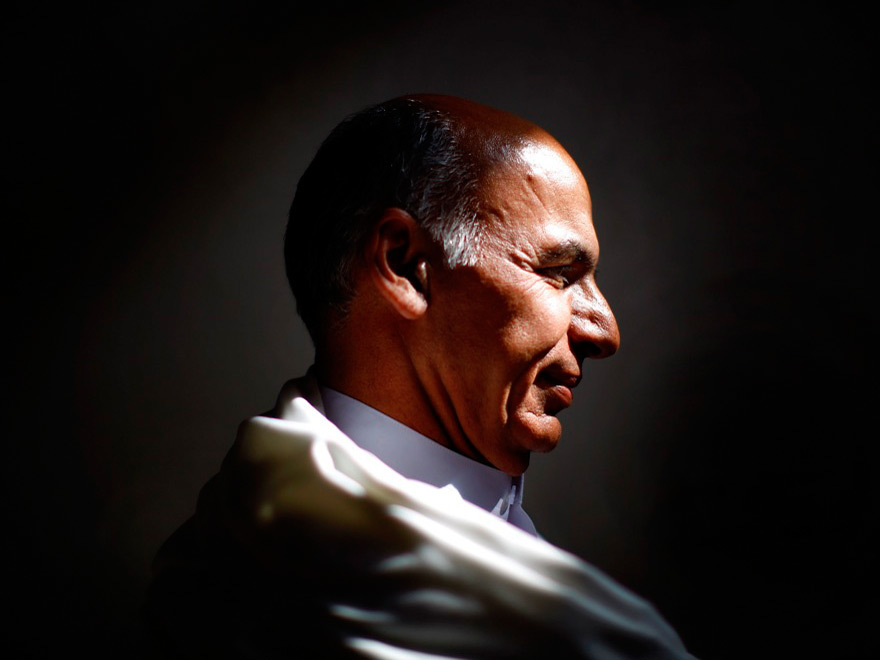 Ashraf Ghani, pictured in his Kabul home, is among the leading challengers to incumbent President Hamid Karzai.

"He asked me — I still remember very vividly — he said, 'There are no benefits. But your country needs you. Will you join me?' "

With that, Ghani became Afghanistan's new finance minister — presiding over a country and currency in ruins.

These days, Ghani, who comes from the powerful Ahmadzai tribe that served Afghanistan's rulers for centuries as ministers and generals, is trying to unseat Karzai. He has, in the most scathing terms, blamed the current government for the country's widespread corruption and poor economy.

"We need to have the elections because this government has run out of the fundamental asset that any government in the 21st century needs: legitimacy," he recently told reporters and a group of enthusiastic supporters.

'A Man Of The People'

A few days later, under a tent made of reeds, Ghani spoke of an election he believes could bring Afghanistan into the 21st century. He began by highlighting the importance of last week's presidential debate.

"I think this country went through a remarkable experience," he said. "For the first time in its history, probably 6 [million] to 8 million people simultaneously experienced an event — a serious, in-depth conversation about the future of the country."

One of the things Ghani is running on is his past success as finance minister in creating a banking system and introducing a new currency — hardly the dramatic profile of the other major presidential challenger, Abdullah Abdullah, who is associated with Afghanistan's freedom fighters.

But Ghani says he's "a man of the people."

"I have talked to over a hundred thousand Afghans in the past year. ... I reflect their fears, but I also reflect their hopes," he says.

And Ghani says he has visited areas made dangerous by conflict.

"I've been to Logar. I held a rally of about 1,500 people in Logar. Logar is considered extremely insecure, and there were at least 400 members of armed opposition in the rally," he says, referring to the Taliban.

Ghani says he doesn't know if they will vote, but he says they were in the audience because "they're testing."

"They want to see whether to disrupt, whether to kill or whether to join — they're Afghans," he says.

Ghani says he has to be willing to risk assassination — "I cannot hide from my people."

But Ghani is not depending entirely on rallies and retail politics to reach out to those who might vote for him.

He was the first candidate in Afghanistan to put up a sophisticated Web site, aimed at getting support and lots of small donations. In this, he has taken a page from Barack Obama's groundbreaking online politicking.

And that has drawn to his campaign young, well-educated supporters like Hamdullah Mohib, who created the Web site.

"Everyone has a phone now," he says. "They can store videos, so they download videos from YouTube, and then they pass it along."

Supporters are hoping to bring in a million dollars to Ghani's campaign, which Ghani says would go a long way in Afghanistan.

"Part of the discipline of campaigning is to stay focused, to be able to deliver one's core messages in a consistent manner," he says.

And, he adds, laughing, "New Orleans is not very different from Afghanistan" — referring to Carville's roots and Louisiana's reputation for political corruption.

When it comes to corruption in Afghanistan, Ghani has already charged that the incumbent has used the power of the presidential office to offer out plum government positions in exchange for support — something Karzai has denied.

As far as the election goes, Ghani cites figures that show, in some conservative provinces, as many as 70 percent of the registered voters are women — "meaning that they will stuff the boxes with nonexisting women's votes, because that's what they have done in parliamentary elections in the past," he says. "Women, because you cannot ask them for authentication."

Ghani says the fraud is made possible "in the name of cultural accommodation."

"But nobody will come to a court of law to testify this because they are frightened out of their wits. These are the open secrets of this country," he says. "So the checks and balance that's supposed to exist, according to our Constitution, is destroyed."

He says his country has reached an important moment, when it must make a choice "between consolidation of corruption, or a reform system where the people will finally become the owners of this country."