Accessibility links
Taxing 'Cadillac' Health Plans Has Widespread Effects One funding option before Congress is to tax expensive health insurance plans. But it's not as simple as taxing the rich to help the poor. Many other Americans benefit from such plans, from union workers to big city residents to those employed by small businesses. 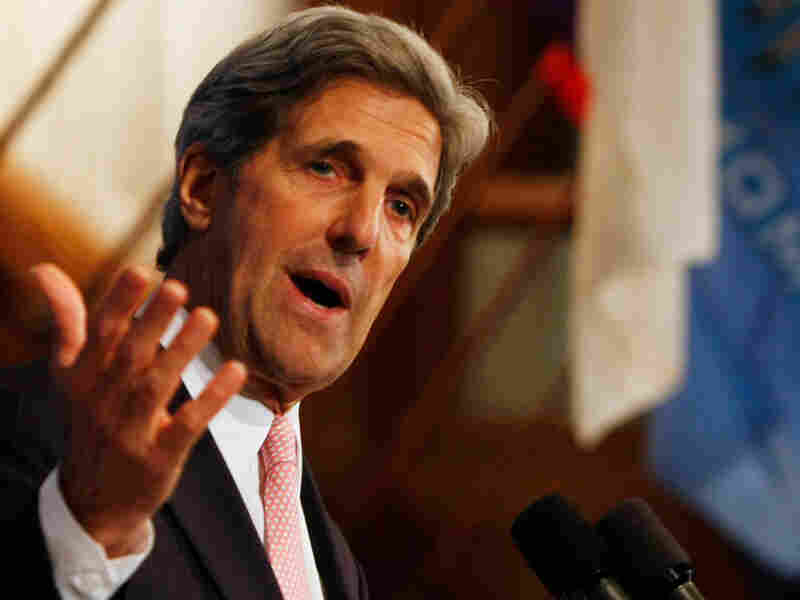 Sen. John Kerry (D-MA) is among those calling for a health bill that is funded in part by a new tax on expensive insurance plans. Gerald Herbert/AP hide caption 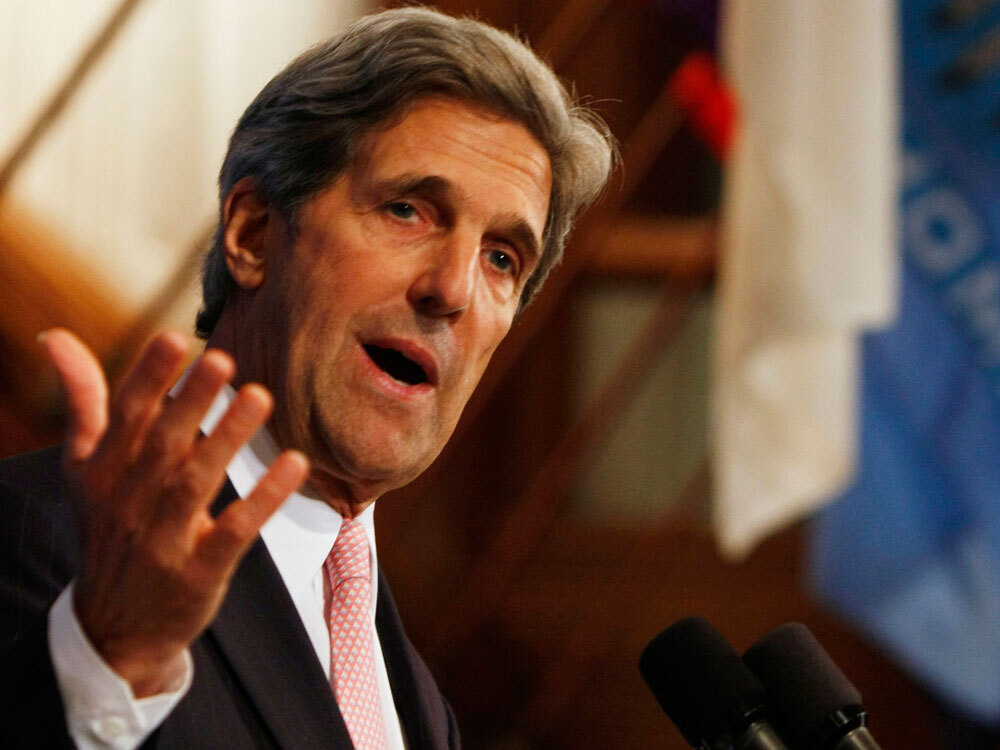 Sen. John Kerry (D-MA) is among those calling for a health bill that is funded in part by a new tax on expensive insurance plans.

While you've been trying to follow the ins and outs of the health care debate, you've probably heard some reference to "gold plated" health plans. Or, as President Obama put it last week: "super-gold-plated Cadillac plans."

Obama, in an interview with PBS's Jim Lehrer, was referring to the kind of health insurance that is offered to top officials at the Wall Street bank Goldman Sachs. Massachusetts Democratic Sen. John Kerry has proposed taxing insurance companies when they offer those expensive plans.

On average, a policy costs a worker and his employer $13,000 a year for a family of four. Those Goldman Sachs plans cost about $40,000 to cover a family. But some proposals in Congress would tax insurance that costs half that much, or even less. That's when things get murkier. And it might be you who's driving that Cadillac plan.

Burman says there are a lot of reasons people end up with expensive health care. It might be where you live. Health care just costs more in big cities, or in certain regions of the country. You probably pay more if you work for a company that has an older work force. Or for a small business — especially if one of your co-workers is fighting cancer or some other big medical cost and the insurer has just raised the rates for the whole company.

Still, if economists made the decision, they'd probably go for a tax on high-cost insurance. Specifically, many praise another proposal — popular with congressional Republicans and centrist Democrats — that would require people to pay a tax on a health care policy that costs more than a certain amount: maybe $14,000 or $17,000 or more.

"Some people have very generous health insurance plans," Burman says, "and they encourage them to spend more on medical care than they would if they had less generous plans. So part of the idea is that if you limited the tax benefits for the very generous health insurance plans, people would spend less and that would actually help lower health costs overall."

About two-thirds of workers and their families get health insurance through an employer. The company pays most of the cost of an employee's health care premium. But that money doesn't get counted as part of an employee's taxable income. The result is thousands of dollars of savings for most families.

Burman says there are a lot of reasons to tax health benefits. For one thing, the subsidy amounts to a regressive tax. People in the highest tax brackets get the biggest tax advantage from the employer subsidy in paying for health insurance. Burman says if there was a cap on the tax subsidy for the most generous health plans — or if all of the exclusion was ended — employers would pass along the savings in higher wages. And he thinks it'd be pretty easy to make a cap fair to middle-class people.

Union leaders aren't so sure. Gerald McEntee, president of the American Federation of State, County and Municipal Employees, says many of the public employees he represents have plans that do cost $20,000 — but only because they gave up other things in contract negotiations.

"They have struggled," he says of the 1.7 million members of his union, "giving up wage increases, giving up fringe benefits, things of that nature, in order to get good, good health plans that would cover themselves and their spouse and children, so they would be safe."

Some people pay more for health insurance simply because of where they live: in big cities, or in states with high costs.

Trish Riley, who runs the Maine Governor's Office of Health Policy and Finance, says a tax on premiums would hurt many people in her state, particularly government employees and people who work for small companies.

"It would hit many of the middle class who are, again, we're a state of modest means," she says. Maine has some of the highest insurance premiums in the country. Among the reasons: The state has an older population, and a lot of small businesses. Plus, health care just costs more there.

"And people are increasingly being asked to pay for the deductibles," Riley notes. "So the premium, I think, is not fully telling of the real costs to an individual employee."

There's one reason policymakers in Washington keep coming back to a tax on benefits. It would raise tens of billions of dollars to cover health care.