Accessibility links
Health Care Costs Measured In Cupcakes Health care costs are killing small businesses, which pay substantially more in premiums than large firms do. The owner of a cupcake business in Seattle pays as much in health insurance for her employees as she does in rent for four choice Seattle storefronts. 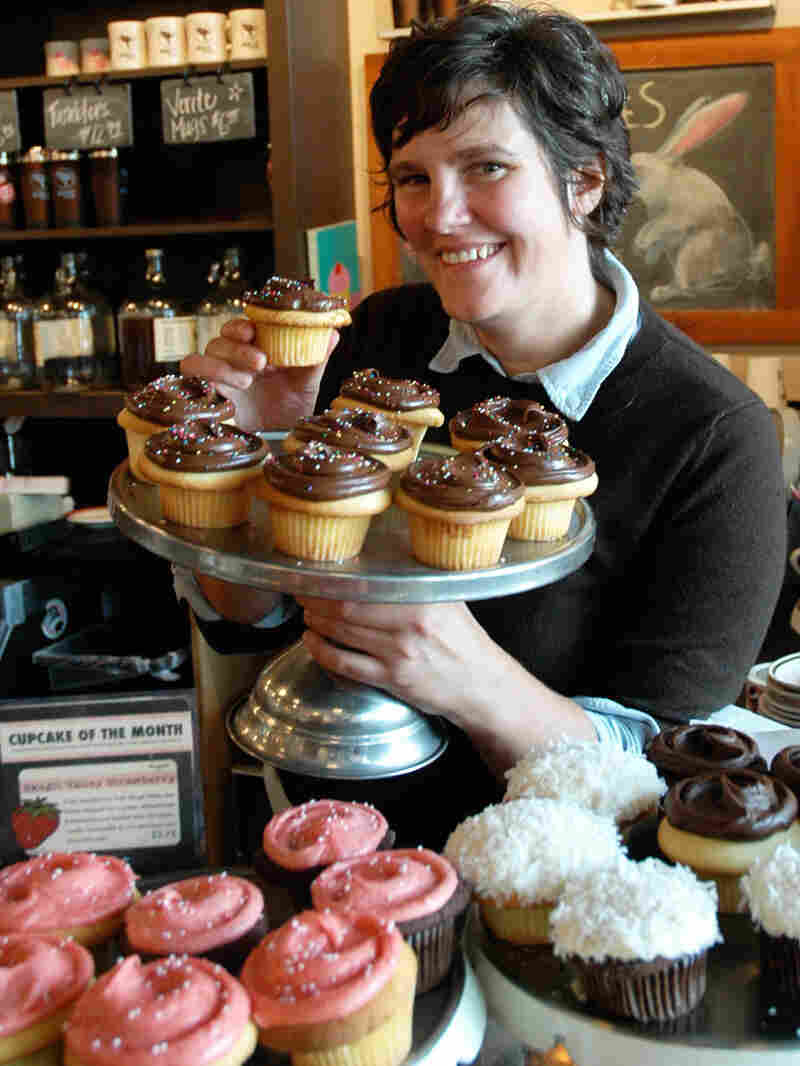 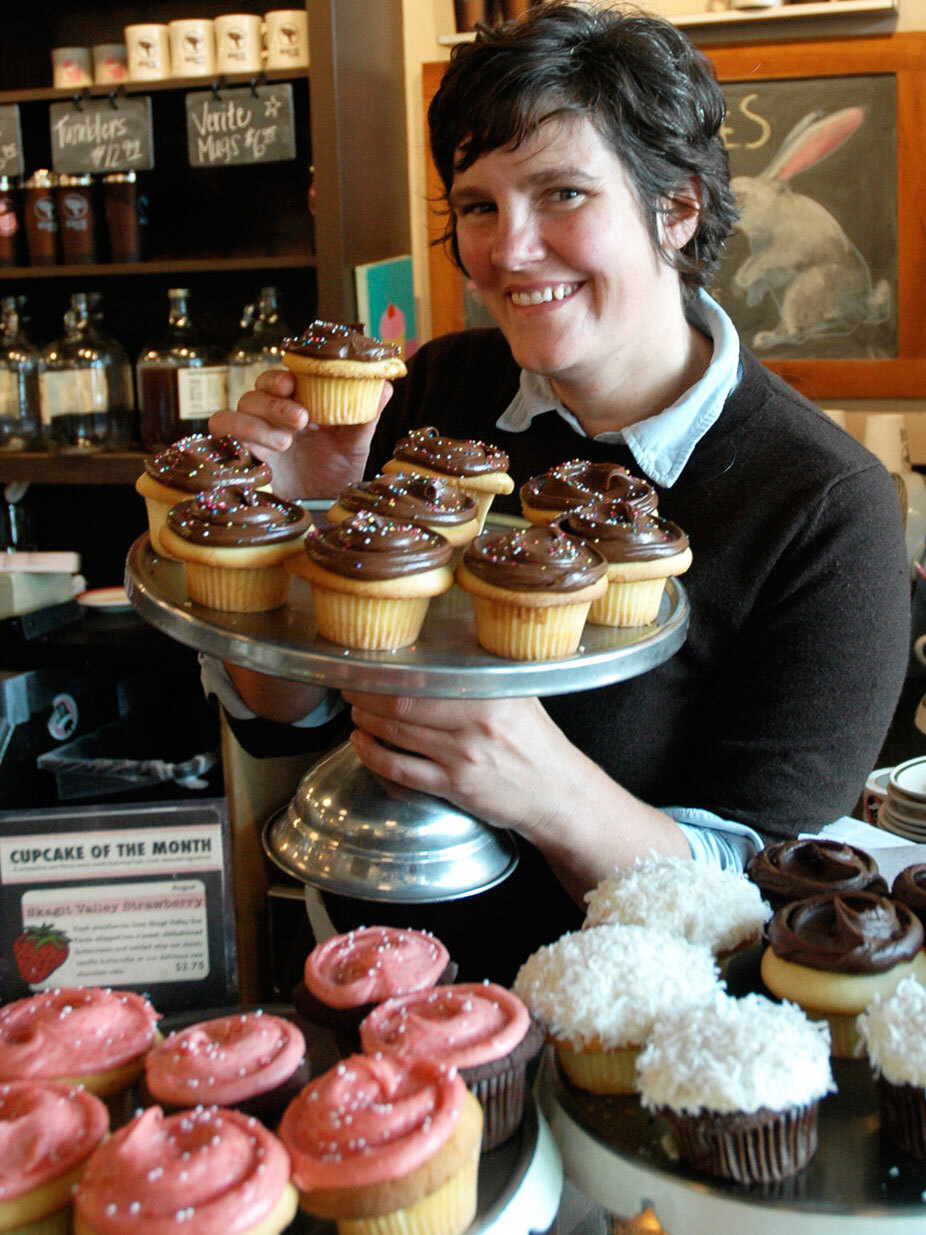 Jody Hall, the owner of Cupcake Royale in Seattle, is struggling to pay for escalating health insurance premiums for her employees. She supports a proposal to create an insurance plan offered by the federal government.

Jody Hall, who owns Seattle's Cupcake Royale, now pays as much in health insurance for her employees as she does in rent for four choice Seattle storefronts.

A majority of working Americans are employed by small businesses, but according to the Kaiser Family Foundation, only 6 in 10 small businesses provide health care. What's more, the National Federation of Independent Business reports that small companies pay substantially more in premiums than large firms do. Hall, for example, has just three or four insurers to choose from, and she says they won't negotiate on price.

Hall is passionate about her cupcakes, made daily from scratch with only premium ingredients and no stabilizers or preservatives. They are frosted by hand, one at a time, and they dazzle. Lemon, lavender, triple-threat chocolate and fresh strawberry are just a few of the choices.

The bakery-cafe owner values her 70 or so employees and provides them with health insurance, but it isn't easy or cheap.

"It's definitely eating a big share of our profit. We don't have to offer health insurance," she says, adding, "But I think it adds value to the people that work here and we can find better people to work here because of that."

Employee Jessie Martin, who does marketing and design work, says, "It's really great to work for a small-business owner who finds benefits that important and is working really hard to make sure we get them."

But Hall says something has to be done about the expense of providing health coverage. She says her premiums have increased 20 percent in each of the past few years, and a couple of years ago, they went up 40 percent.

"It's unsustainable to manage that kind of expense hike, so we are forced to cut our quality of coverage to make it more affordable, and that doesn't do much for society," she says." A lot of small businesses are doing that or cutting insurance altogether."

Hall has become very involved in the national debate involving health care reform and recently attended a small-business roundtable at the White House on the subject.

She supports what's known as the public option, a proposal to create an insurance plan offered by the federal government that would compete with private insurers.

Proponents say it would lower premiums, result in better coverage for more people and in the long run, lower health care costs. But opponents of the plan — including the nation's largest small-business trade association — dispute that. The NFIB says we should look to the private sector for more competition and lower costs.

The public option is just one element of the Obama health care package, which has a $1 trillion price tag spread over 10 years. How to pay for it, and more fundamentally, what that reform should look like, remain matters of intense debate for small-business owners like Hall.