Accessibility links
Mayan Calendar Spurs End-Of-The-World Debate The Mayan calendar ends on Dec. 21, 2012, spelling doomsday predictions. While astronomers say this is nonsense, others believe there will be a shift in world consciousness from the Age of Pisces to the Age of Aquarius. Religious scholars say this has the beginnings of a new religious movement. 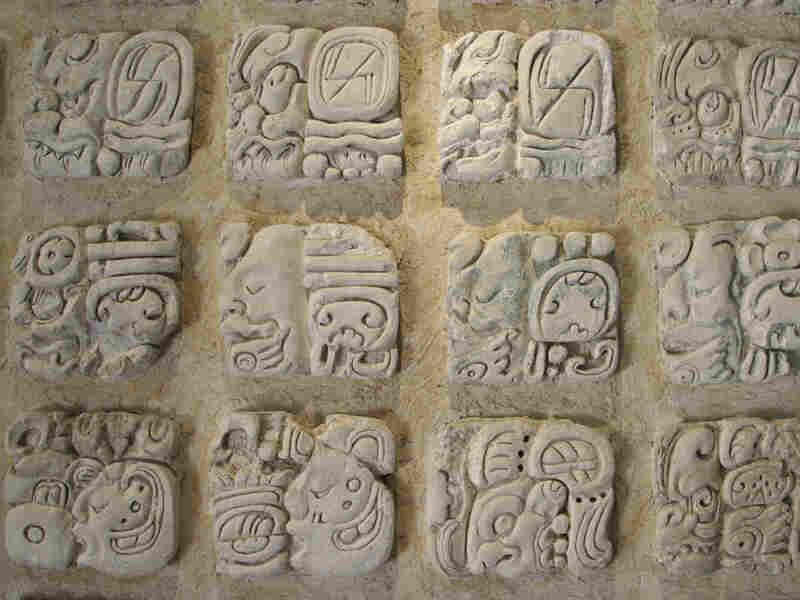 Stone tablet of a calendar used by the Mayan culture in Guatemala and Mexico. The Mayan calendar predicts the end of the world on Dec. 21, 2012. iStockphoto.com hide caption 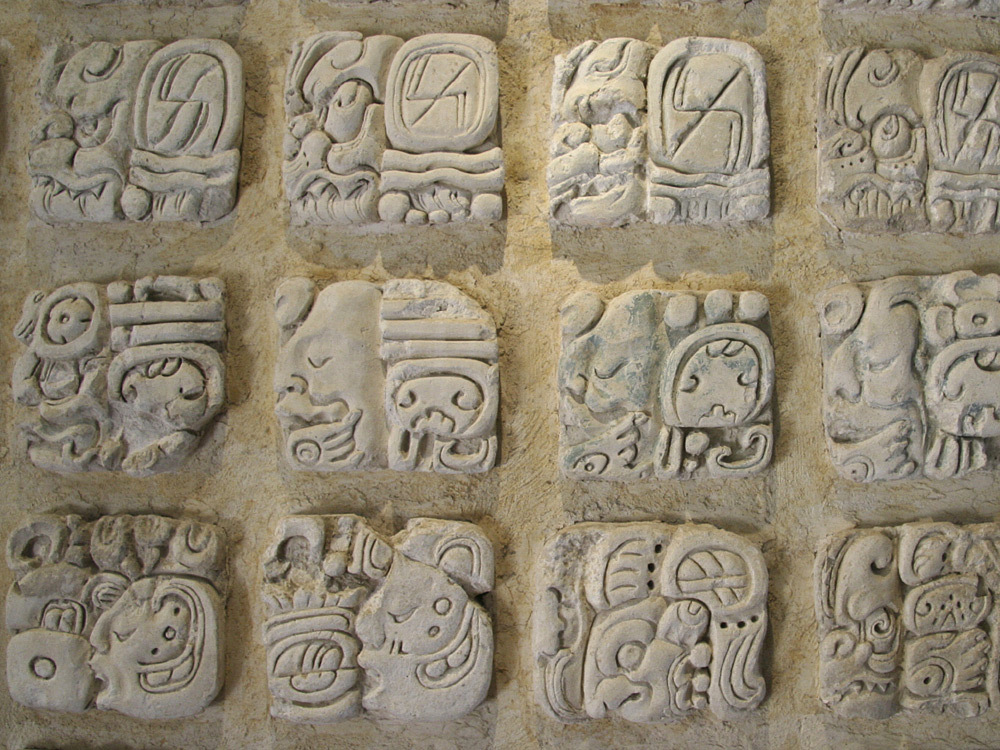 Stone tablet of a calendar used by the Mayan culture in Guatemala and Mexico. The Mayan calendar predicts the end of the world on Dec. 21, 2012.

For those people making long-term plans, note this: The end of the world as we know it will be on Dec. 21, 2012 — at least, that's if you believe the Mayan calendar.

According to the ancient Mayas, who were known for their timekeeping prowess, the end of the "long count" calendar is only 1,241 days away — and Lawrence Joseph is waiting.

"2012 is indeed considered a profoundly pivotal date in human and in terrestrial history," Joseph says.

Joseph, who authored Apocalypse 2012, says he began looking at Mayan prophecy several years ago. He noticed that the Mayas' end date coincided with peak activity of solar flares three years from now. He says those flares could fry the world's electrical systems, leaving people without electricity for months or years — affecting the distribution of water, fresh food and medication.

"I think we're looking at a nonnegligible possibility that the year 2012 can be really, unprecedentedly tumultuous, and lead to a next and scary chapter in civilization's history," Joseph says.

Joseph doesn't predict the end of the world.

But Hollywood does. The Sony picture 2012 starring John Cusack comes to theaters this fall, and it's no picnic. There are tsunamis cresting over mountains, covering cities, and toppling the Dome of St. Peter's Basilica in Rome, which then rolls down the avenue. The storyline is drawn from various scenarios laid out in books such as The Complete Idiot's Guide to 2012, which foresee earthquakes, drought and planetary collisions. Those books point both to scientifically accepted events such as an upcoming alignment of planets in our solar system — and to, well, not scientifically accepted events such as the arrival of a mysterious Planet X into Earth's orbit.

Not surprisingly, scientists are not convinced.

"We don't miss big things like that," says Lawrence Rudnick, an astronomer at the University of Minnesota. Planet alignment will not change the tides or create tsunamis. There is no Planet X. Scientists don't even talk about 2012.

"If there was any possibility, even wildly possible that this stuff were true," he says, "there would be all kinds of conferences, there would be articles. There would be a feeding frenzy, and that frenzy just doesn't exist."

But Daniel Pinchbeck, author of 2012: The Return of Quetzalcoatl, says a shift in spiritual consciousness is already happening.

"People are experiencing more synchronicities, more telepathic foretellings, a deeper awareness of how their intention actually inflects what then manifests in their own lives," Pinchbeck says.

Pinchbeck sees signs that the current age is coming to an end: Look at climate change, or the broken financial system. He says all this corresponds with another astrological shift — as the Age of Pisces, which is associated with individuality and sometimes greed, gives way to ... the Age of Aquarius.

"The Age of Aquarius is water," he says. "So it's a flow. It would be more about collaboration, maybe a shift toward a mystical value system."

Still, anthropologist John Hoopes at the University of Kansas sees something profound here. He says the 2012 believers may be forming a new religious movement, centered on certain mythologies: "the idea that the ancient Mayans lived in a kind of Golden Age at one time, at which they had a deeper understanding of the nature of mystical experiences and insights into other realms of consciousness that we have lost touch with today."

And even if the world is still here on Dec. 22, 2012, Hoopes thinks this community of like-minded New Agers will continue. As for author Joseph, he says he is not at all sure that disaster will fall on that date.

"My basic advice is don't run away," Joseph says. "Take refuge in your own life, be a little bit proactive — and pray."

And don't run up your credit cards, Joseph advises. You'll probably have to pay them off.