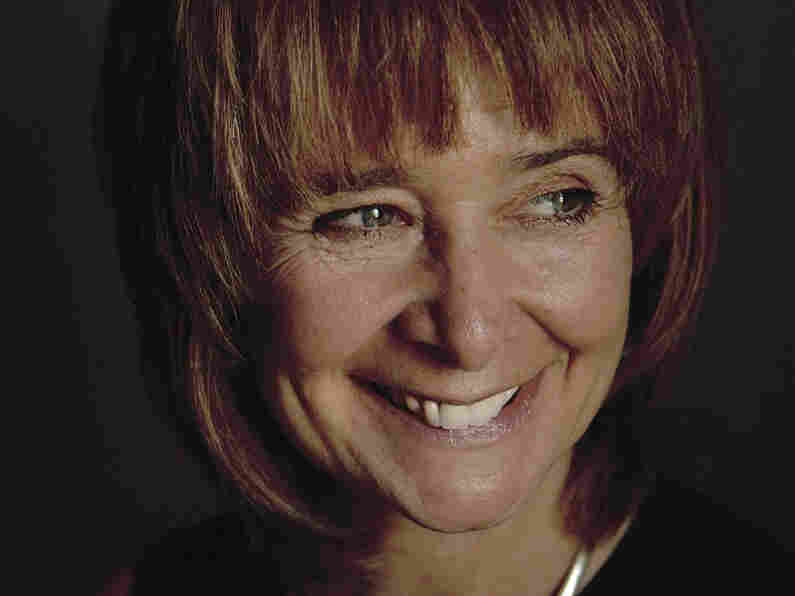 Sacred Hearts is the third book that author Sarah Dunant (above) has set in the Italian Renaissance. Its predecessors were The Birth of Venus (2004) and In the Company of the Courtesan (2006). Charlie Hopkinson/Courtesy of Random House hide caption 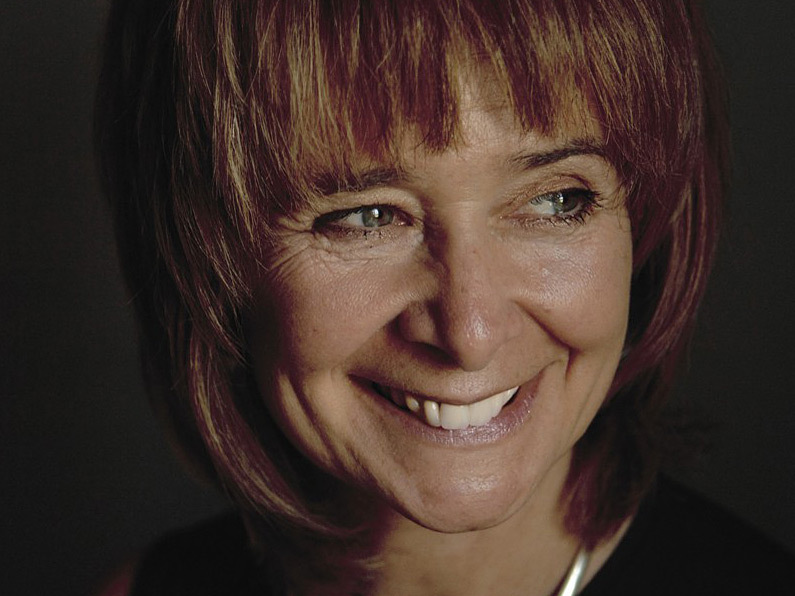 Sacred Hearts is the third book that author Sarah Dunant (above) has set in the Italian Renaissance. Its predecessors were The Birth of Venus (2004) and In the Company of the Courtesan (2006).

Read An Excerpt From 'Sacred Hearts'

Sarah Dunant's latest novel, Sacred Hearts — the third in her triptych of books set in the Italian Renaissance — delves into the hidden lives of 16th-century Benedictine nuns. Set in 1570, the book takes place at the Santa Caterina convent, a fictional community based on a real convent outside Ferrara.

Dunant describes the period as "a really good cusp moment for politics and the [Catholic] Church," adding that "it's also, probably more powerfully, the moment when most women were going into convents." At the time, the cost of a dowry had risen so astronomically that most noble families could only afford to marry off one daughter respectably. Other female children would be shipped off to convents to be "married to Christ."

The book centers around two nuns. Serafina is a teenage novice whose family has shipped her off for virtual imprisonment at Santa Caterina to put a stop to a romantic affair. The convent — which, like many others at the time, could market its choir as a kind of tourist attraction — values Serafina for her beautiful voice, but she refuses to sing.

Zuana, a middle-aged nun with an extensive education, practices medicine within the convent's walls. Zuana's existence might seem painfully restrictive to modern readers, but, Dunant tells Liane Hansen, "the interesting thing about writing in the past is you cannot enter it with your '21st' mind. Me as a 21st-century woman being angry for them doesn't make for a real understanding of the past."

In context, then, Zuana has more autonomy as a doctor than she could have had anywhere else.

When she began research for Sacred Hearts, Dunant spent a week living in a Benedictine convent near Milan. She says she found the quiet of the cloister a welcome respite from the pace of modern life, and she was impressed by "the power of ritual and rhythm and routine."

But, Dunant adds, "I think I really, really understood that I had picked the right profession by not being a nun." 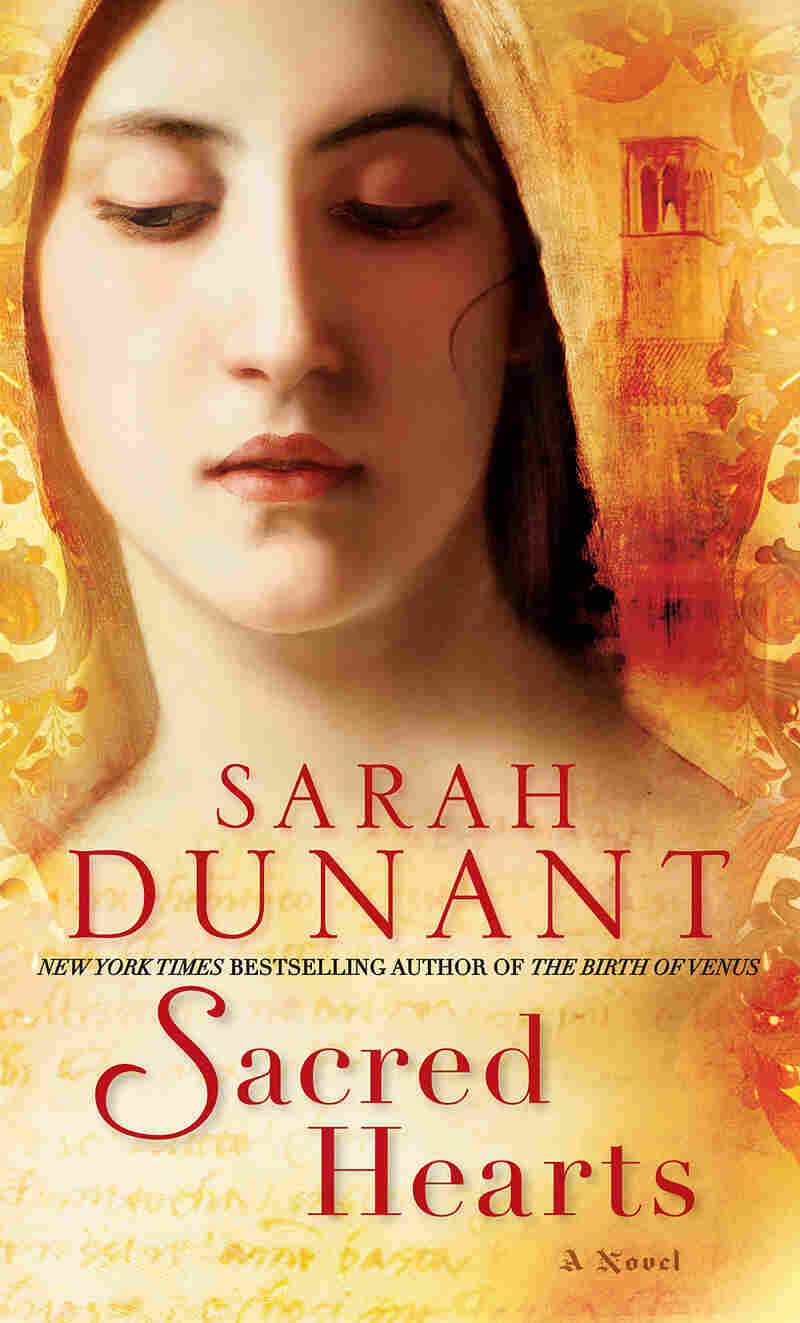 Before the screaming starts, the night silence of the convent is already alive with its own particular sounds.

In a downstairs cell, Suora Ysbeta's lapdog, swaddled like a baby in satin cloth, is hunting in its dreams, muzzled grunts and growls marking the pleasure of each rabbit cornered. Ysbeta herself is also busy with the chase, her silver tray doubling as a mirror, her right hand poised as she closes a pair of tweezers over a stubborn white hair on her chin. She pulls sharply, the sting and the satisfaction of the release in the same short aah of breath.

Across the courtyard two young women, plump and soft-cheeked as children, lie together on a single pallet, entwined like kindling twigs, their faces so close they seem almost to be exchanging breaths, the one inhaling as the other lets go: in, out, in, out. There is a slight sweetness to the air — angelica, perhaps, or sweet mint — as if they have both eaten the same sugared cake or drunk from the same spiced wine cup. Whatever they have imbibed, it has left them both sleeping soundly, their contentment a low hum of pleasure in the room.

Suora Benedicta, meanwhile, can barely contain herself, there is so much music inside her head. Tonight it is a setting of the Gradual for the Feast of the Epiphany, the different voices like colored tapestry threads weaving in and over one another. Sometimes they move so fast she can barely chalk them down, this stream of white notes on her slate blackboard. There are nights when she doesn't seem to sleep at all, or when the voices are so insistent she is sure she must be singing out loud with them. Still, no one admonishes her the next day, or wakes her if she slips into a sudden nap in the refectory. Her compositions bring honor and benefactors to the convent, and so her eccentricities are overlooked.

In contrast, young Suora Perseveranza is in thrall to the music of suffering. A single tallow candle spits shadows across her cell. Her shift is so thin she can feel the winter damp as she leans back against the stone wall. She pulls the cloth up over her calves and thighs, then more carefully across her stomach, letting out a series of fluttering moans as the material sticks and catches on the open wounds underneath. She stops, breathing fast once or twice to still herself, then tugs harder where she meets resistance, until the half-formed skin tears and lifts off with the cloth. The candlelight reveals a leather belt nipped around her waist, a series of short nails on the inside, a few so deeply embedded in the flesh beneath that all that can be seen are the crusted swollen wounds where leather and skin have fused together. Slowly, deliberately, she presses on one of the studs. Her hand jumps back involuntarily, a cry bursting out of her, but there is an exhilaration to the sound, a challenge to herself as her fingers go back again.

She keeps her gaze fixed on the wall ahead, where the guttering light picks out a carved wooden crucifix: Christ, young, alive, His muscles running through the grain as His body strains forward against the nails, His face etched with sorrow. She stares at Him, her own body trembling, tears wet on her cheeks, her eyes bright. Wood, iron, leather, flesh. Her world is contained in this moment. She is within His suffering; He is within hers. She is not alone. Pain has become pleasure. She presses the stud again and her breath comes out in a long satisfying growl, almost an animal sound, consumed and consuming.

In the next-door cell, Suora Umiliana's fingers pause briefly over her chattering rosary beads. The sound of the young sister's devotion is like the taste of honey in her mouth. When she was younger she too had sought God through open wounds, but now as novice mistress it is her duty to put the spiritual well-being of others before her own. She bows her head and returns to her beads.

In her cell above the infirmary, Suora Zuana, Santa Caterina's dispensary mistress, is busy with her own kind of prayer. She sits bent over Brunfels's great book of herbs, her forehead creased in concentration. Next to her is a recently finished sketch of a geranium plant, the leaves of which have proved effective at stanching cuts and flesh wounds — one of the younger nuns has started passing clots of blood, and she is searching for a compound to stop a wound she cannot see.

Perseveranza's moans echo along the upper cloister corridor. Last summer, when the heat brought the beginnings of infection to the wounds and those who sat next to the young nun in chapel complained about the smell, the abbess had sent her to the dispensary for treatment. Zuana had washed and dressed the angry lesions as best she could and given her ointment to reduce the swelling. There is nothing more she can do. While it is possible that Perseveranza might eventually poison herself with some deeper infection, she is healthy enough otherwise, and from what Zuana knows of the way the body works she doesn't think this will happen. The world is full of stories of men and women who live with such mutilations for years, and while Perseveranza might talk fondly enough of death, it is clear that she gains too much joy from her suffering to want to end it prematurely.

Zuana herself doesn't share this passion for self-mortification. Before she came to the convent she had lived for many years as the only child of a professor of medicine. His very reason for being alive had been to explore the power of nature to heal the body, and she cannot remember a moment in her life when she didn't share his fervor. She would have made a fine doctor or teacher like him, had such a thing been possible. As it is, she was fortunate that after his death his name and his estate were good enough to buy her a cell in the convent of Santa Caterina, where so many noblewomen of Ferrara find space to pursue their own ways to live inside God's protection.

Still, any convent, however well adjusted, trembles a little when it takes in one who really does not want to be there. 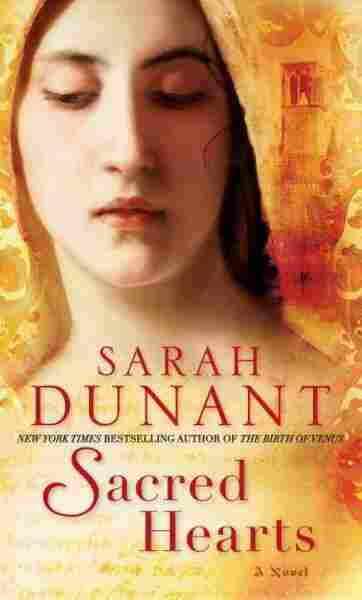