Accessibility links
Call Of The Wild: How Ranger Became 'Yosemite Bob' Bob Roney first fell in love with Yosemite National Park as a senior in high school. More than 40 years later, he uses technology — like Twitter and a tape recorder — to document the wonders that have kept him enchanted with the place. 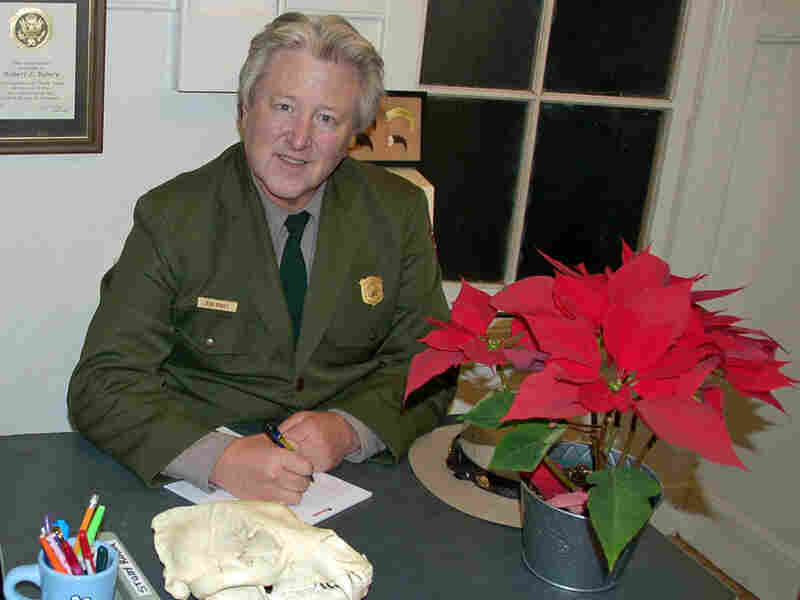 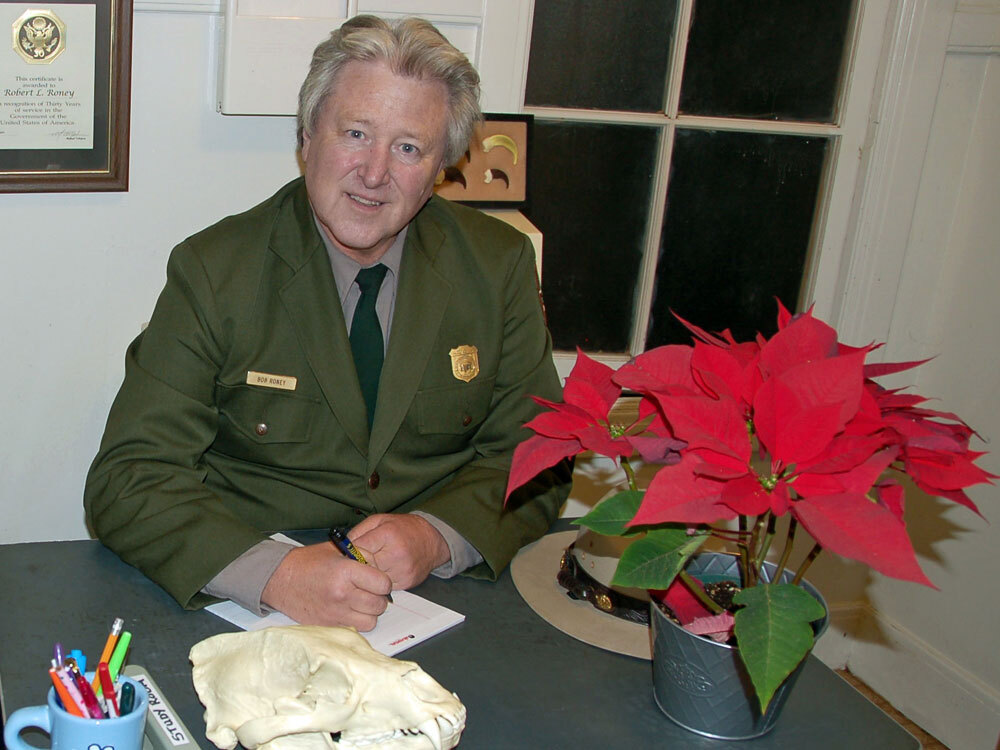 When Bob Roney first came to California's Yosemite National Park as a high school senior in 1967, he didn't know what to expect. But after spending less than 24 hours among the ancient sequoia trees, he felt changed.

"When I left, I left a little piece of my heart there. And ever since then, it has seemed the center of the universe, as far as my perspective," he tells NPR's Madeleine Brand.

Roney started his more than 40-year career at the park the following year. He first worked as a firefighter, and after four years he got a job as a park ranger. Roney is a tech-savvy ranger who tweets about his beloved park under the handle Yosemite Bob. He also records sounds from the area, like birds chirping or a chorus of frogs.

"I love going out in places where I can lie down before sunrise, turn on my recorder and just listen to the mountains wake up," he says.

Roney lives in Yosemite year-round — in fact, he raised two kids there. And it seems his love for the park rubbed off on his family. His daughter wears the same uniform he does: She's a scientist in Yosemite working with black bears. His son lives north of the park and manages a ski operation during the winter.

To really get a feel for Yosemite, visitors shouldn't try to hurry their way through the park, Roney says.

The best way to do that is get out of the car, he says — even if you walk only a few yards from the road. "Follow your eyes; follow your feelings," he says. "There's just so much to see."

Roney says he's still in awe of the park.

"It's like falling in love, really," he says. "You know when you first meet somebody, and you just want to learn everything you can about them? It's been that way for me for 40 years."

He says that since his children have moved out of the house, it has given him more time to learn more about this place he has come to love.