Accessibility links
Horrors Of Camps Overshadow Killings By German SS Historian Timothy Snyder says 70 percent of Jews killed in the Holocaust died before Auschwitz was even operational — a fact that he says many in the West don't realize. The estimated 1.5 million Jews were killed by special forces of the German SS, who roamed through Poland, Ukraine and Belarus killing Soviet citizens. 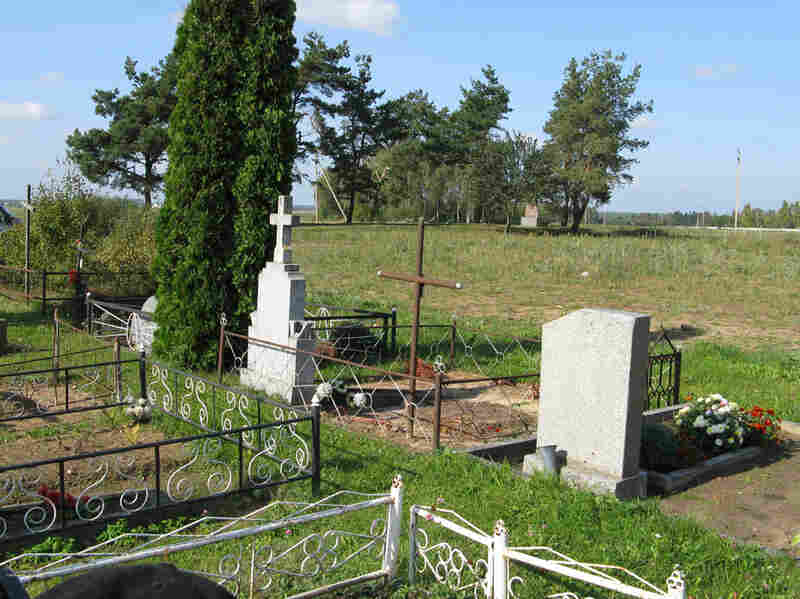 The site in Eisiskes, Lithuania, where women and children were killed by the Einsatzgruppen, the special forces of the German SS. The Einsatzgruppen, aided by the German police and military, killed millions across Eastern Europe in the early part of World War II. Peter Hankoff/Courtesy of National Geographic hide caption 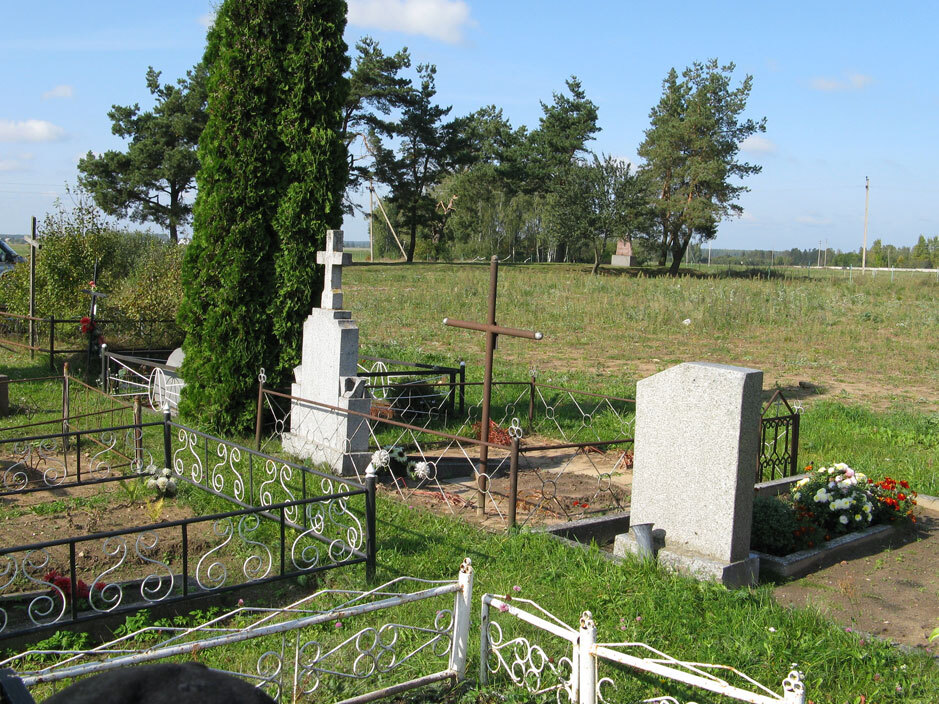 Before the Jews of Western Europe were transported to camps, where many eventually died, the special forces of the German SS, known as Einsatzgruppen, roamed through Poland, Ukraine and Belarus, murdering an estimated 1.5 million Jews and partisans.

This little-known part of history is the focus of Hitler's Hidden Holocaust. a new TV documentary series by National Geographic that starts Sunday.

"The shooting operations were very much in-your-face killings," historian Peter Black of the U.S. Holocaust Memorial Museum says in the documentary. "They were not by remote control the way gas chamber operations were."

Watch Clips From The Documentary

Historian Timothy Snyder of Yale University, who wrote an essay in the July 16 issue of The New York Review of Books called "Holocaust: The Ignored Reality," says the documentary sheds light on an important aspect of World War II.

"It performs the very important service of forcing our eyes to the East, to realizing the Holocaust begins not when Auschwitz begins to take transports from Hungary or from Western Europe, which is very late in the war," he tells Robert Siegel.

He says, however, that the documentary sheds light only on the Einsatzgruppen, leaving the question of how 2,000 people could shoot millions of Soviet citizens.

"The next thing that one has to see is that the Einsatzgruppen were not acting alone," he says, adding that they received considerable help from the German police and army.

Snyder says that by the time Auschwitz was operational, about 70 percent of the Jews who were going to be killed in the Holocaust were already dead. Many of those were the Jews of the Soviet Union, who were targeted by the Einsatzgruppen, the German police, the German military and their helpers.

"The farther east you go, in general, the less Americans, the less West Europeans think about [the killings]," he says. "And so, the Einsatzgruppen, who were active ... farther east, are indeed part of the Holocaust that we know the least about."

Snyder says the knowledge of the horrors of Auschwitz warps public understanding of the Holocaust.

"It's as though once we know about Auschwitz there couldn't be anything worse, and that's a very understandable perspective," he says.

Snyder says the reason there is awareness of what went on in Auschwitz is that it was a labor camp as well as a death facility. Three other facilities — Treblinka, Sobibor and Belzec — served only as death camps and killed more people than Auschwitz.

But "because there was no labor component to those camps, there were effectively no survivors. ... So there was no one to tell the tale," Snyder says.

Another reason not much is known about the eastern deaths, he says, is that many of those stories disappeared behind the Iron Curtain. After World War II, the Soviets did not want to discuss the fact that Jews were killed in the Holocaust, counting their numbers with other Soviet citizens.

Soviet leader Josef Stalin, Snyder says, tried to create the myth that the Russians suffered the most and died the most in World War II. He says that though Russians did suffer and die in horrible numbers, Ukrainians, Belarussians and Jews fared worse.

"Stalin was very keen to deny the special character of German policy toward the Jews because that would have displaced the Soviet people and, in particular, the Russian people, from the story of suffering and victory that he wanted to tell," Snyder says.