Accessibility links
Dobbs' Focus On Obama Birth Draws Fire To CNN CNN positions itself as the cable news channel that sticks to the facts — distinguishing itself from rivals MSNBC on the left and Fox News on the right. But CNN host Lou Dobbs has put his employer on the defensive by focusing on repeated, unfounded claims that President Obama wasn't born in the U.S. 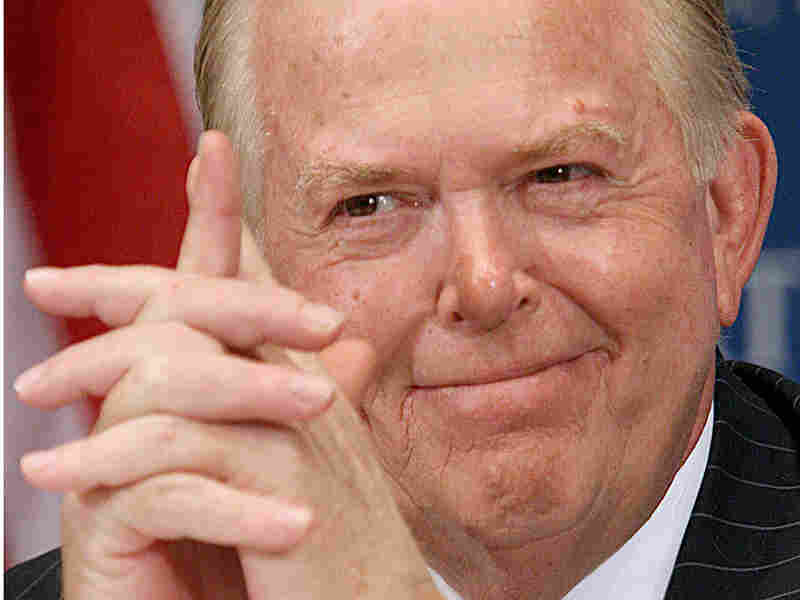 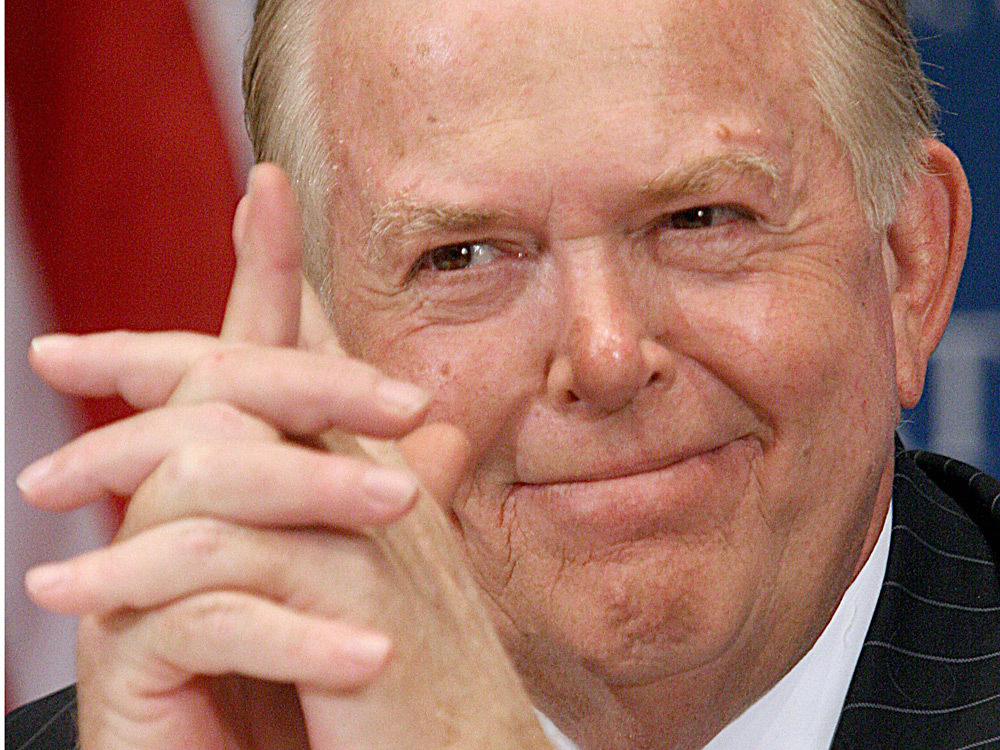 On CNN and on radio, Lou Dobbs has recently devoted extensive time to "birther" conspiracy theories.

CNN has been positioning itself as the cable news channel that sticks to the facts, which it says distinguishes it from rivals MSNBC on the ideological left and and Fox News on the right.

But CNN host Lou Dobbs has put his employer on the defensive in recent days by repeatedly focusing on unfounded claims that President Obama wasn't born in the United States — despite reporting by CNN and other outlets confirming that he was.

There's a reason this matters. If the president, whose father was Kenyan, had not been born in the U.S. and was then somehow not a natural-born citizen, he would not be eligible to be president.

"This is nonsense," says FactCheck.org director Brooks Jackson, a former senior investigative reporter for the Wall Street Journal and CNN itself.

FactCheck.org is a nonpartisan outfit associated with the University of Pennsylvania's Annenberg Center. Its researchers examined and held candidate Obama's Hawaiian certificate of birth during last year's presidential campaign. Jackson says President Obama was born where he says he was.

"As a former CNN reporter, I believe this episode is an embarrassment to CNN," Jackson said. "They have an anchor on there saying one thing and their reporters saying quite another."

Mind you, Dobbs is not saying the president wasn't born in the U.S. In fact, the anchor has said he believes the president was. But Dobbs is repeatedly giving voice to a question I saw earlier this month posed on a giant billboard while driving south of Los Angeles: "Where's the birth certificate?"

The billboard was paid for by World Net Daily, an Obama-bashing Web site. On CNN and on his nationally syndicated radio show, Dobbs has raised the same question repeatedly, in the face of statements verifying the details of Obama's birth from the Republican governor of Hawaii — a supporter of John McCain in the general election — and from the state health director.

On July 20, for example, Dobbs told viewers of Lou Dobbs Tonight that the president's citizenship appeared in doubt: "Seemingly the questions won't go away because they haven't been dealt with." The next day, also on CNN, Dobbs said the ball was in the president's court: "All he has to do is produce the original birth certificate."

Or on his nationally syndicated radio show on July 22, when Dobbs defended his statements by saying, "I believe Barack Obama is a citizen of the United States. I don't know what the reality is. Do I believe he's a citizen? Yes I do, absolutely."

Or on Tuesday's radio show, when Dobbs joked that, "In Hawaii, all you have to do is find someone who swears you're a citizen."

Liberal activists from groups such as Media Matters and the Southern Poverty Law Center have slammed Dobbs, arguing that he's abetting an effort to delegitimize the president. Dobbs declined to comment.

But Jon Klein, president of CNN's U.S. channel, said the critics have it backwards. Klein said Dobbs gives more attention to meaty stories such as U.S. military involvement abroad and the California state budget crisis than most television news shows. Klein disavowed responsibility for Dobbs' radio program, which is not syndicated by CNN. Dobbs takes a more skeptical line toward President Obama on the radio show.

"He's been anchoring for over 30 years. That is what he's doing. Lou Dobbs Tonight is now a straight news show," Klein told NPR. "I urge everybody to watch it. Don't look for body language. Don't look for your own prejudices."

In this case, Klein said, Dobbs is merely covering the controversy about the story — such as a town meeting at which Republican U.S. Rep. Mike Castle was heckled over President Obama's citizenship.

In fact, Klein said, Dobbs is actually trying to dispel any confusion.

In our interview, I noted that Dobbs was emphasizing that he believed that President Obama is a citizen, but was clearly indulging the idea that there is room for doubt. That sparked this exchange:

KLEIN: We can have a Talmudic discussion forever, but, David, he's very clear about his thinking on this. There is no room for doubt about that.

FOLKENFLIK: So you see Lou Dobbs as essentially putting this to rest. Lou Dobbs here is the truth-teller, as CNN is the fact-finder. Lou Dobbs essentially says this to dismiss these concerns, as opposed to explore or indulge them?

KLEIN: He dismisses the concerns up front and then focuses on the phenomenon of people who cling to the belief.

Dobbs was originally CNN's lead financial anchor, but he has reinvented himself in recent years as a populist crusading against what he characterizes as lenient federal policies toward illegal immigrants.

Lou Dobbs Tonight is a solid performer for CNN, though its audience has dipped in size compared with a year ago. On July 29, the show drew 688,000 viewers, according to estimates from Nielsen Media Research.

"It's not anything more than that. In this difficult time for CNN, Dobbs is struggling to find a number, and so he latches onto this," said Brown, now the Walter Cronkite professor of journalism at Arizona State University.

"This is a little bit like saying, to most people, 'Is the world flat or not?' We know it's not, but we're saying, 'People are asking questions.' "

Under Klein, CNN has taken great pride in stressing the channel's journalism. The partisan clashfest Crossfire was canceled. Reporters were sent to Indonesia back in January 2007 to test allegations that a young Barack Obama had been enrolled at a madrassah, where he would have been instructed in strict Islamic law. CNN (along with a reporter for The Associated Press) reported that was untrue.

Some observers, including Brown, have praised CNN's recent election coverage. And this year, network executives issued a near-blanket ban on using helicopter footage of high-speed car chases, a staple of cable and local television newscasts.

CNN also took pains to present the facts in this case. CNN's Kitty Pilgrim introduced the network's reporting on President Obama this way: "There's overwhelming evidence that proves that his birth certificate is real. He was born in Honolulu on Aug. 4, 1961." She cited the governor's statements, the certification of birth record, even the contemporaneous birth announcements in the local newspaper.

In fact, Pilgrim did all that on a program Dobbs knows well — Lou Dobbs Tonight — on a night when Dobbs was not himself on the air.

But Dobbs roared right back in the days that followed. The anchor said he believed the president was a citizen — but that questions were being raised.