NPR's Senior News Analyst Daniel Schorr looks back on the Watergate break-in 35 years ago that triggered the downfall of President Richard Nixon.

SCHORR: A whole generation has grown up since a handful of Cuban-American zealots broke into Democratic headquarters in the Watergate building. The break-in propelled President Nixon down the road to becoming America's only president to resign from office. Fascination with the Nixon era remains so strong 35 years later that it has inspired a raft of new books. In "Richard M. Nixon," Elizabeth Drew examines a complex president. This Nixon is insecure, self-pitying, vindictive.

In "Nixon and Kissinger: Partners in Power," Robert Dallek plumbs the depths of that neurotic relationship.

In "Very Strange Bedfellows," Jules Witcover tells of Nixon's relationship with Vice President Spiro Agnew, who resigned 10 months before his boss did.

And in "The Conviction of Richard Nixon," James Reston recounts Nixon's interviews with British TV journalist David Frost. That's not to mention the Broadway hit based on these interviews - "Frost/Nixon."

I have a special interest in memories of Watergate. I was a certified entry on Nixon's enemies list. Compiler Charles Colson described me as a real media enemy. But my interest in the scandal is more than mere nostalgia. I have a sense that something like Watergate may be happening again. There seems to be a sort of junta within the government. It is characterized by extralegal surveillance on a large scale, and extraconstitutional imprisonment of those the junta suspects.

After 35 years, the evidence of Nixon's misdeeds continues to mount as more and more files are released. I wonder if it will be another 35 years before we see equally damning Bush-era files that somehow have escaped the shredder.

The Watergate: 35 Years of Notoriety

The Watergate: 35 Years of Notoriety 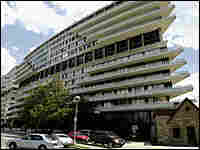 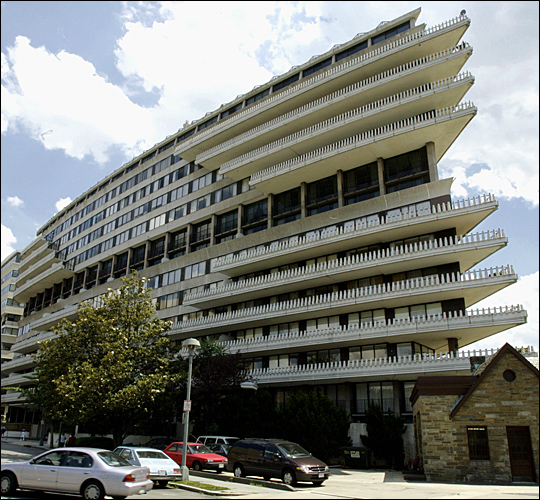 The Watergate complex in Washington, D.C., is shown in June 2002.

When it opened in 1967, the Watergate Complex was considered the height of urban luxury. Then, it became notorious when, on June 17, 1972, a bunch of inept political operatives broke into the headquarters of the Democratic National Committee, which had a suite in the Watergate office tower.

The trial that followed eventually spurred President Richard Nixon's resignation. "Watergate" became both a household name and a suffix (for example, "Travel-gate"). June 17 marks the 35th anniversary of the infamous break-in.