Accessibility links
On Hollywood's Strong, Self-Hating Women Two summer movies — The Proposal and The Ugly Truth — perpetuate misogynist stereotypes of rabid career women in need of a man. What does it mean that they were created by women? 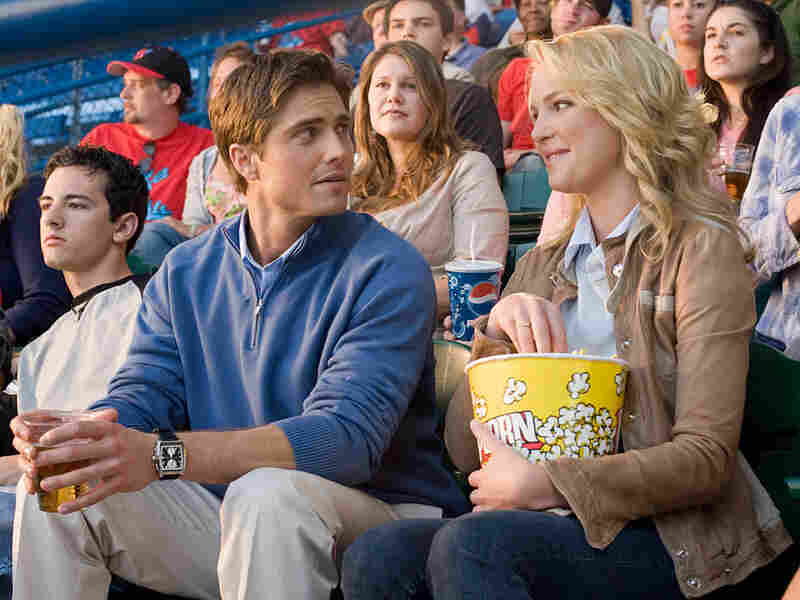 Wiles woman: Abby (Katherine Heigl) tries to tone down her professional personality and charm the pants off of Colin (Eric Winter) in The Ugly Truth. Saeed Adyani/Sony Pictures hide caption 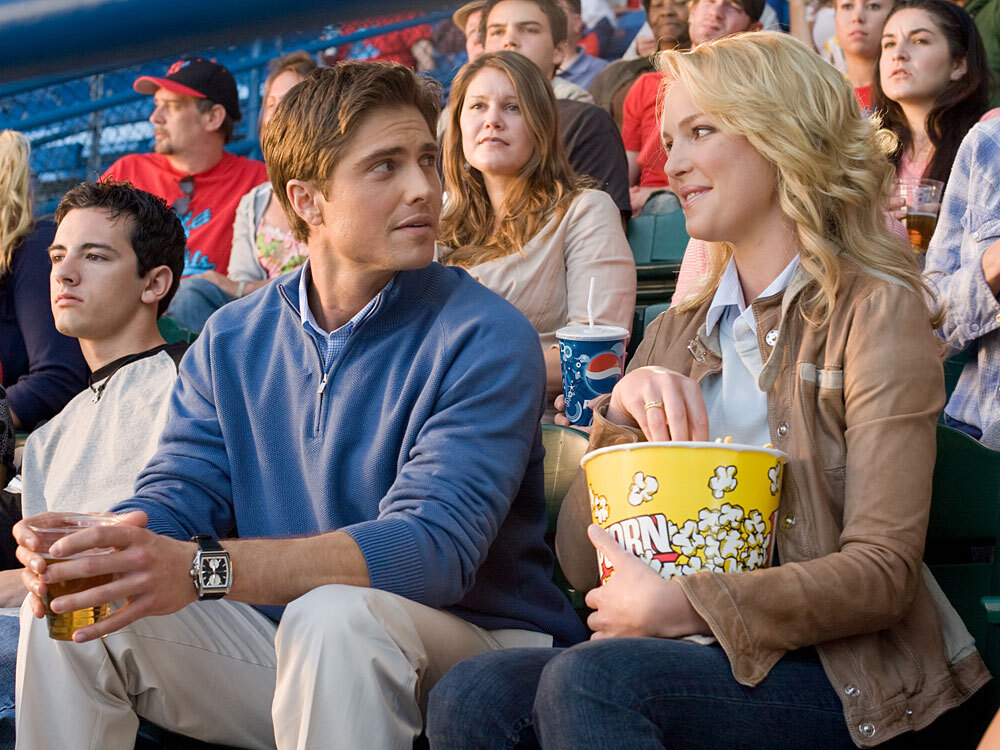 Wiles woman: Abby (Katherine Heigl) tries to tone down her professional personality and charm the pants off of Colin (Eric Winter) in The Ugly Truth.

One of the tricky things about pop culture is that you never know for sure whether it'll be ahead of the times or behind them. African-American music, for example, was a trailblazing force — it helped make black culture part of the mainstream decades before anyone dreamed we might ever have a president named Obama.

You can see the flip side of this in our current movies' treatment of women. When Hollywood isn't ignoring them altogether, it's usually putting them down, even in romantic comedies supposedly aimed at the female audience.

Nobody gets ruder treatment than career women, who are routinely portrayed as bossy, uptight and utterly without personal lives. What they need, we're supposed to think, is a man. But before they can get one, they must have a mortifying comeuppance. 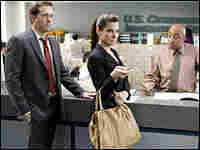 The mighty, falling: Sandra Bullock's character may be the boss to begin with, but Hollywood's pathology about strong women means she'll have to knuckle under to Ryan Reynolds by the end of The Proposal. Kerry Hayes/Touchstone Picutes, Inc. hide caption 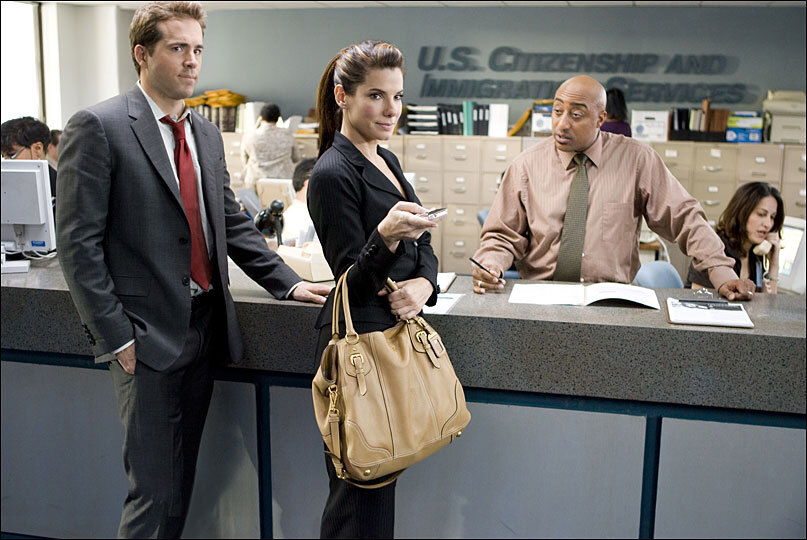 The mighty, falling: Sandra Bullock's character may be the boss to begin with, but Hollywood's pathology about strong women means she'll have to knuckle under to Ryan Reynolds by the end of The Proposal.

Of course, American movies have long had problems with career women. Rosalind Russell once estimated that she'd played 23 different versions of what she termed Alice in Careerland: strong working women who, deep down, actually wanted to be housewives.

Things were only slightly more enlightened in the 1950s and early 1960s, when Doris Day occupied the executive suite (on her way into bed with Rock Hudson). But if the sexual politics of such movies were old-fashioned — they were essentially in line with the official attitudes of their time — at least they weren't contemptuous.

All that changed with the women's movement. Although feminism has inarguably made society better, it also unleashed an ongoing psychic backlash. Even as women began attaining positions of power, Hollywood didn't reflect how this change actually entered our collective experience.

Instead, it began cooking up dark, paranoid fantasies about unwomanly women and pushy shrews. It served up a parade of Prada-wearing devils: Sigourney Weaver's demonic executive in Working Girl, Tilda Swinton's brittle corporate shyster in Michael Clayton, and pretty much the whole career of Glenn Close, at least since she boiled that bunny in Fatal Attraction.

This drives me particularly crazy, because I've spent my whole life surrounded by strong career women. My mother ran a market-research company, and my sister is an international consultant. When I was a professor, my office-mate taught feminist theory. I've worked for female bosses at LA Weekly, Vogue and here at Fresh Air.

And here's what I've learned: Just like career men — now there's a term — every career woman has her own personal style. What they all have in common is that I've never seen any of them behave remotely like Weaver, Swinton, Close or Heigl.

Why, then, do they act this way on screen? You see, even as women gained more power in society, the movie audience was changing — the key demographic became adolescent males. And if there's one inescapable truth about teenage boys, it's that their exploding libidos are shot through with anxiety, especially a terror of powerful women. Their idea of a likable career woman is a good-hearted hooker, like Heather Graham's character in this summer's biggest comedy, The Hangover.

Sad to say, such laddish notions have actually been internalized by many powerful women in Hollywood. That's why I was happy to see several big reviews rebuke the women behind The Ugly Truth: Heigl, the three female screenwriters and Sony co-chair Amy Pascal, who greenlighted a picture that disdains a woman like herself. The movie makes such a worthy target not because it's so singularly awful — it isn't — but because its misogyny is so representative.

Now, if you asked Pascal, Heigl and the writers, I'm sure they'd say they were simply trying to make something that the audience likes. And perhaps they have: The movie had a big opening weekend.

Still, if things are to get better, it has to start with powerful women in Hollywood refusing to write, star in or finance films that wantonly disrespect women. Stepin Fetchit made movies that the audience liked, too, but that's not what anyone remembers him for.