Accessibility links
Special Envoy Gration Suggests Taking Sudan Off Terrorism List From President Obama on down, the administration is stacked with officials who have talked tough about ending what they have called "genocide" in Sudan's Darfur region. That made it all the more surprising this week when the administration's special envoy suggested holding out new carrots for Khartoum. 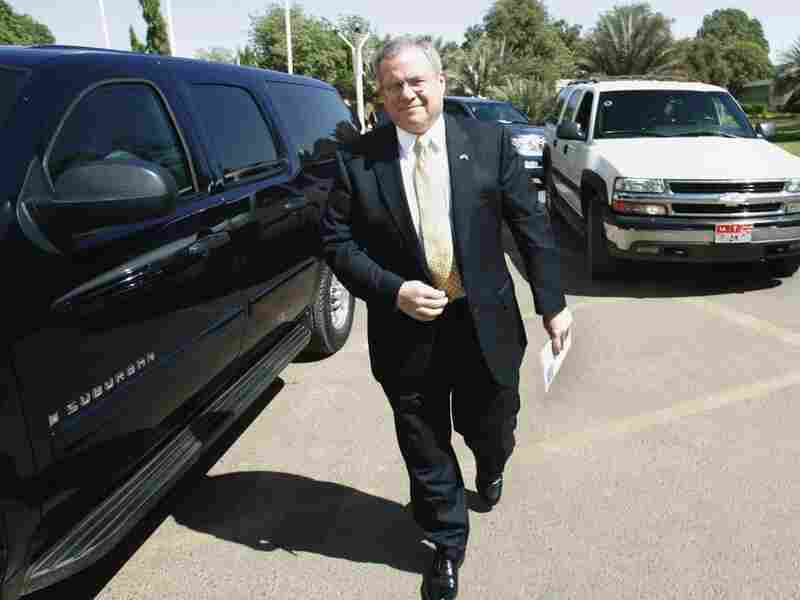 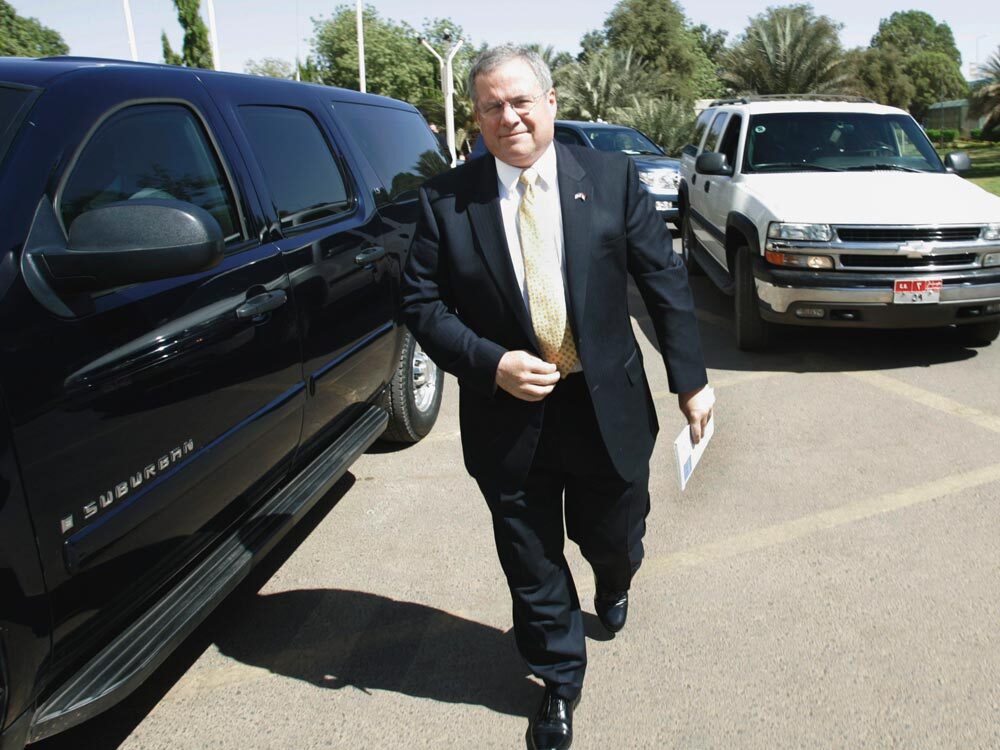 From President Obama on down, the administration is stacked with officials who have talked tough about ending what they have termed "genocide" in the Darfur region of Sudan. That made it all the more surprising this week when the administration's special envoy suggested holding out new carrots for Khartoum.

At a Senate Foreign Relations Committee hearing Thursday, retired Air Force Maj. Gen. J. Scott Gration suggested it was time to take Sudan off the State Department's list of state sponsors of terrorism, a designation that has led to a whole series of sanctions.

Gration said Sudan, once home to Osama Bin Laden, has been helpful in counterterrorism efforts. However, Sen. Russ Feingold, a Democrat from Wisconsin, said Sudan's cooperation is always overstated in this area. He pressed Gration to keep sanctions on the table in his dealings with Khartoum, saying the U.S. needs to be prepared "in the event that the government of Sudan continues its historic foot-dragging."

Gration assured him that the administration is coming up with a "very balanced approach that includes both incentives and includes pressures."

"There's no evidence in our intelligence community that supports [Sudan] being on the state sponsors of terrorism. It's a political decision," Gration said. He also said the sanctions are getting in the way of development work, particularly in southern Sudan, which is still recovering from a long civil war.

Asked in an interview whether the U.S. would give up its biggest "stick" by easing the terrorism-related sanctions, Gration quipped, "You know, carrots and sticks are great for leading donkeys. This is much more complicated."

Activists on Darfur are worried about this seemingly softer approach. The president of the Save Darfur Coalition, Jerry Fowler, says the U.S. should not be manipulated by Sudan.

"[The Sudanese] took this incredibly cruel and callous step of expelling humanitarian organizations in March and the process that we've mostly seen since then is them gradually easing up on that," he says. "But it was a crisis they created themselves, and all we are doing is expending a lot of effort to get back to a status quo that was unacceptable and unsustainable in the first place."

John Norris, executive director of an advocacy group called Enough, says he expected more from this administration. "If you look at North Korea, you look at Iran, this administration has done a very good job of doing the hard, slow slog of diplomacy, going around to different capitals and making a case why a tough response is needed. And that has really been missing on Sudan." Norris says it would help if the Obama administration resolved its internal policy disputes over Sudan.

The U.S. ambassador to the United Nations, Susan Rice, has described the situation in Darfur as an "ongoing genocide." Gration, however, recently dubbed it "the remnants of a genocide." He described violence in the region to Thursday's Senate panel as uncoordinated, adding, "there are other areas of Sudan where the violence is much greater."

Republican Sen. Roger Wicker of Mississippi pressed Gration on this dispute. "I'm not saying that the genocide is over," Gration replied, "What I'm saying, though, is that my focus is on recovery."

The son of missionaries, Gration grew up in Africa. He told Wicker his personal experience has made him passionate about ending the suffering in Darfur. "I've been a refugee myself. We lost everything we owned when we left Congo," he said.

"I don't want people to go through that kind of situation," he continued, "It really doesn't matter what we call it. In my view, what matters is that we have people living in dire and desperate conditions and that must end."

But words apparently do matter for Wicker, who suggested if the administration really believes there is an "ongoing genocide," the U.S. would be tougher with Khartoum.