Accessibility links
To Lower Costs, Mass. May Restructure Doctor Pay Some Massachusetts policymakers want to end a time-honored tradition of paying health care providers a separate fee for every service they provide. They say paying fees for every visit, test and procedure ordered is one of the driving forces behind Massachusetts' health care costs — the highest in the nation. 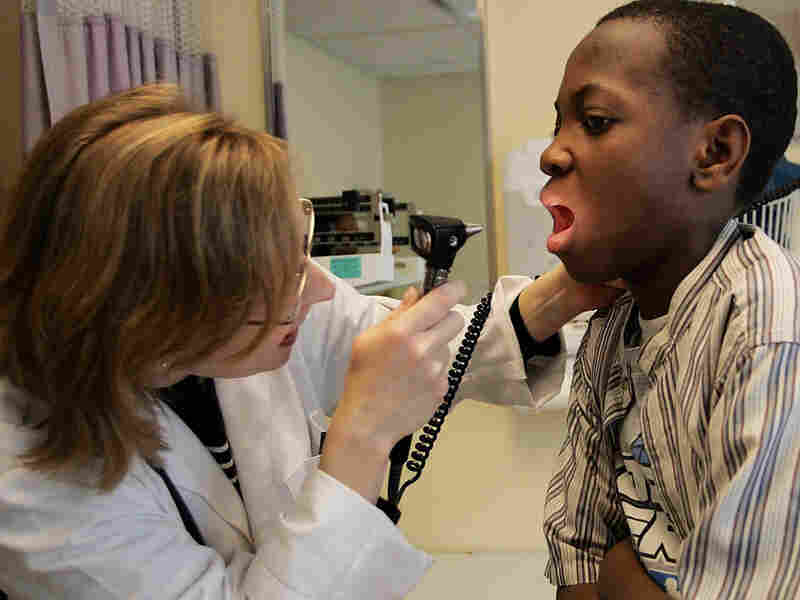 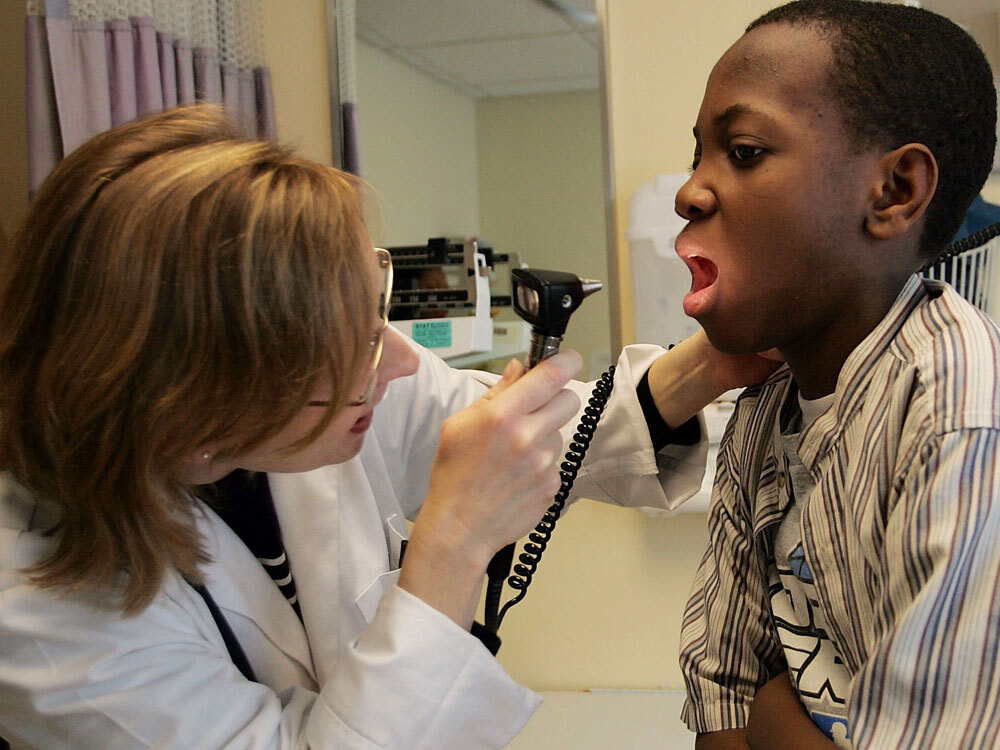 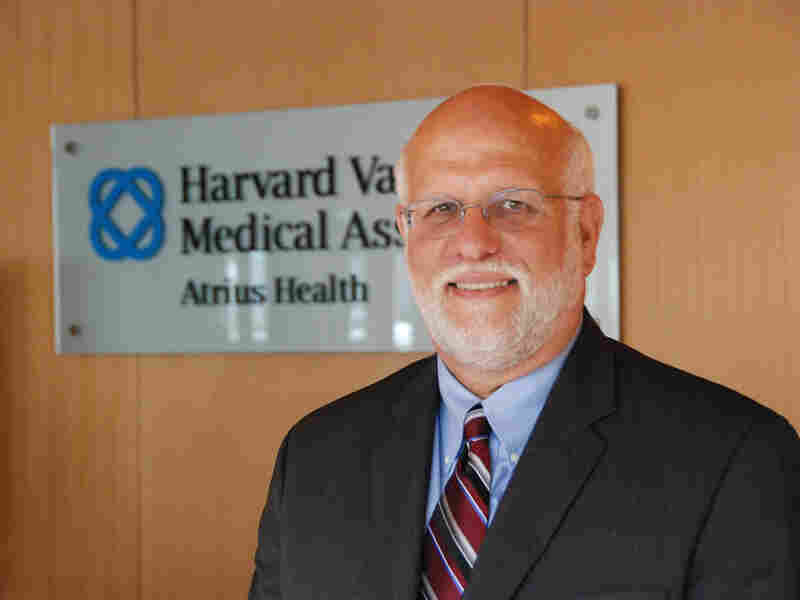 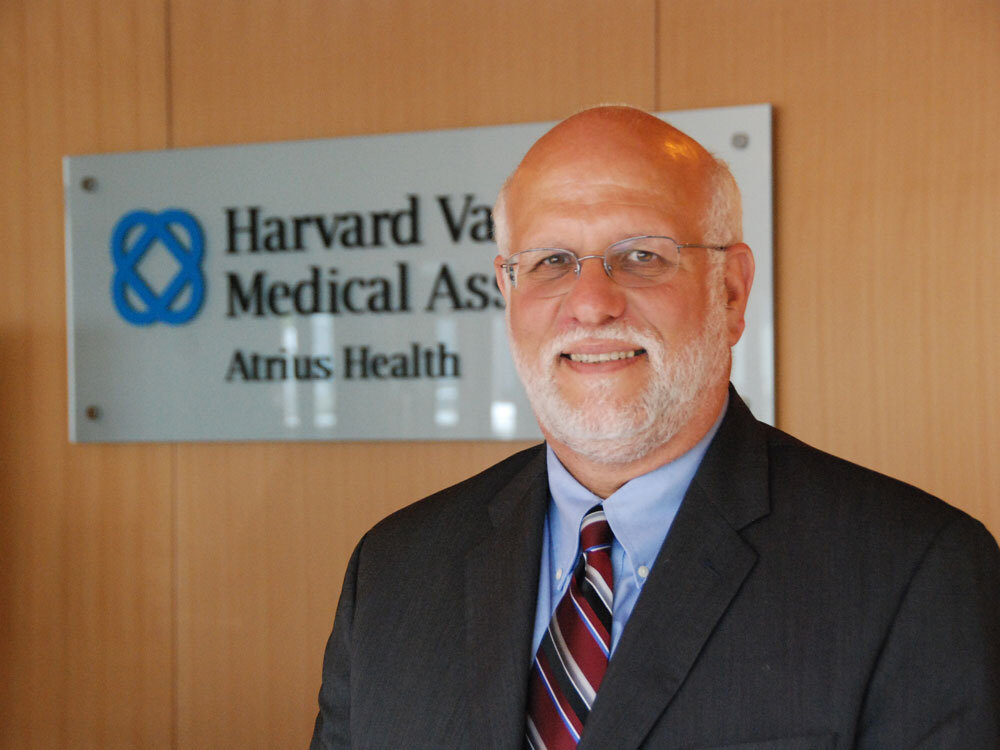 Dr. Richard Lopez is chief physician at Atrius Health in Boston. He says "global payments" allow health care providers to innovate to keep patients out of the hospital.

Massachusetts is proud of its landmark 3-year-old health insurance law. It has brought the state's proportion of uninsured down from around 10 percent in 2005 to only 2.6 percent — the lowest in the nation.

But the achievement is in jeopardy. Massachusetts has the highest health costs in the country.

"The critical point is whether or not we can begin to do something about cost control," says Dolores Mitchell, who heads a state commission that buys coverage for 310,000 government workers and their families. "We've just got to do it."

Mitchell and nine other experts have a plan to bring Massachusetts health costs under control. They worked for nine months, under a legislative mandate, to come up with the official blueprint.

Congress watches as Massachusetts struggles to find a way to pay for health care.

The first thing they decided — unanimously and right off the bat — was that the current way of paying doctors, hospitals and other medical providers has got to go.

"It was absolutely clear," Mitchell says. "There was no argument about that."

In other words, Massachusetts is going to try to kill off fee-for-service. That's the time-honored system that pays health care providers a separate fee for every service they provide.

In the world of health care, this is big news. For years, experts have lamented that fee-for-service payment drives costs up because it gives health providers a strong incentive to do more doctor visits, more tests, more procedures, more hospitalizations.

Also, fee-for-service doesn't pay for many things that might reduce health costs and keep people healthy. But no state has ever tried to eliminate this payment method across the board.

Massachusetts policymakers want to replace fee-for-service with "global payment" — paying groups of health providers a flat yearly fee for each patient they cover.

About half of Atrius Health's 900 doctors are already on global payments.

"Global payment actually allows us the freedom to look at the best way to provide patients' care at the right time, the right place," Lopez says.

For instance, it allows nurse Chris Roddy to pay close attention to patients who could cost Atrius Health a lot of money in hospital bills. In a fee-for-service system, nobody would pay her to do that.

On one recent morning, she was checking in on Connie Johnson, an 81-year-old patient with severe heart failure, diabetes and a history of strokes. Roddy calls her three times a week.

"What was your weight this morning?" Roddy asks. In heart failure, even a pound or two of weight gain can signal an ominous change. Johnson says the scale read 229. "Excellent! Excellent!" Roddy says.

Johnson says her blood sugar reading was 110. "Sweet!" says Roddy. "All right, my dear, so you know when to give me a jingle. Take care!"

The phone care works both ways, Roddy says. "Some people call every day, some we beg to call and they don't. What a lot of people have said to us is when they call — and they call for everything — they like to get a human," she says. "They don't have to go into voice mail and press 6. They get to actually talk to a human being."

The idea is to keep Connie Johnson and others like her out of the hospital. It works, Lopez says. Johnson is healthier, happier — and Atrius Health saves money.

But some worry "global payment" sounds suspiciously like the managed care "capitated" HMO plans of the 1990s. Those plans were also based on paying health care providers a fixed amount per patient.

That experiment failed, because it gave doctors and hospitals an incentive to hold back on care.

To avoid a repeat of that experience, advocates of global payment say health providers will have to be watched closely.

"You need someone monitoring this," says Nancy Kane of the Harvard School of Public Health. "You can't just walk away because you've set the limit."

She says there are ways these days to prevent stinting on care.

"There's a lot of quality measuring that can go on now that didn't used to be available," she says. "We now have electronic medical records. It's easier to monitor what's going on. So I think the whole reporting system and the intention to maintain a monitoring infrastructure is all critical to avoiding the bad days of managed care."

Kane says there are also reliable ways now to protect health plans, so they don't lose their shirts by signing up older or sicker patients.

The stakes in this new experiment are high — and not just for Massachusetts.

"The nation's looking at us because we've done the universal coverage," Kane says. "And now everybody's saying 'Ha ha ha, we don't think that's sustainable unless you bend the cost curve.' So if we can actually come through and do that, too, I think we've shown the nation how to do it. It's huge!"

The target is not to cut out the 30 percent of health care costs that some experts call waste. Kane says that would be unrealistic in the five years that the new Massachusetts plan is supposed to prove itself. The aim is to reduce the amount that costs are going up.

"You know, if it's flattened out to no growth for three to five years, we would be ecstatic," Kane says.

That, she says, is ambitious enough.